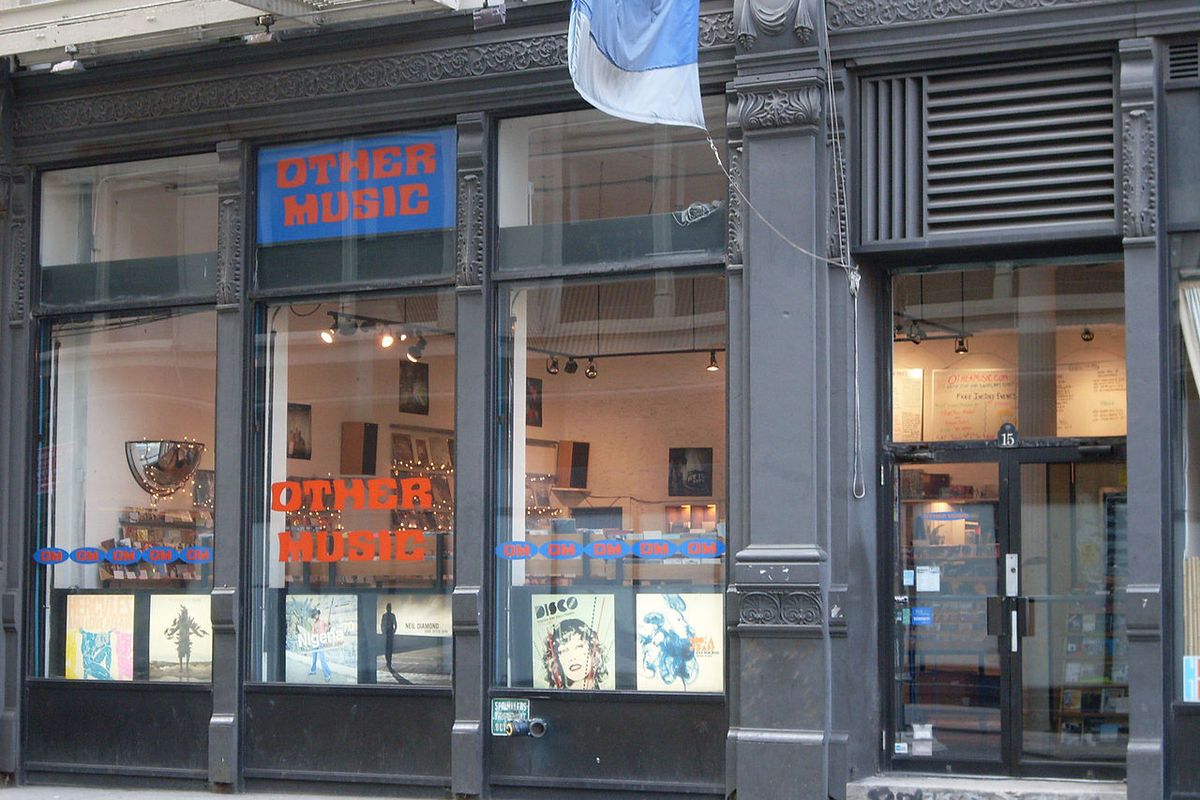 Since my office was just around the corner on Broadway -- and I hated Tower Records -- I remember being overjoyed when Other Music opened on 4th Street in 1995. I took in my list of "wants" and they didn't have any of them, but they were nice and I ended up buying a couple of CDs anyway. I went back many times over the years looking for import compilations and vinyl mostly -- or trying to squeeze in to see a band doing an in-store live set.

Now comes word in the NYT that the store is closing after 20+ years and the last day will be June 25th (mail-order will close the following day). Not really surprising, since there's only one Record Store Day per year and even the recent fad for vinyl probably can't pay Manhattan storefront rent. As one of the owners, Josh Madell, tells the Times: " We're trying to step back before it becomes a nightmare." Sad to see you go.