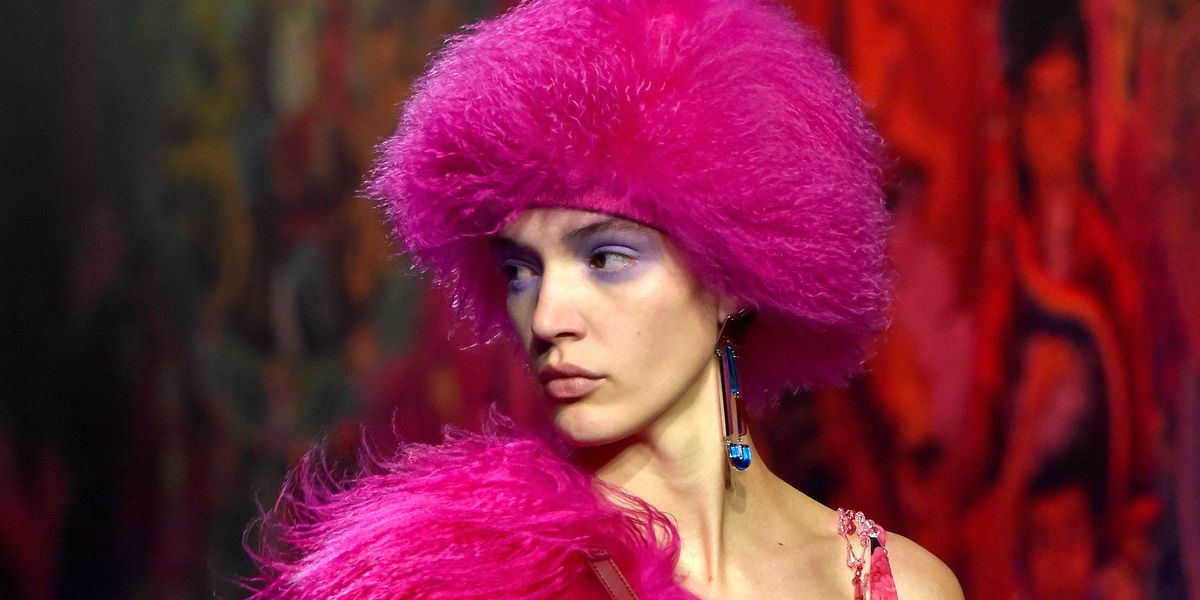 Oslo Grace mastered the quick backstage costume change on Sunday, when they modeled for both KENZO's men's and women's fall 2019 collections in Paris. With just four minutes to switch ensembles (and beauty looks!) between runways. A professional.

Grace, who broke into the modeling world in late 2017 and is cited as a muse by KENZO head designers Humberto Leon and Carol Lim, wore two bright pink ensembles: a loose, deconstructed suit, and feathered floral dress. They closed the women's runway wearing the latter.

On Instagram, the non-binary model expressed gratitude for the opportunity to work more fluidly. "Thank you... for making a statement that fashion is whatever you make it to be," they wrote.

In a press release, KENZO said that both collections, which were inspired by Leon's Chinese-Peruvian heritage, continued a tradition of "progressive messaging for the brand" especially during a "time when cultures are crossing more than ever and allowing people to spread more personal messages." The clothes "celebrate open dialogue about what fashion can provide to viewers."