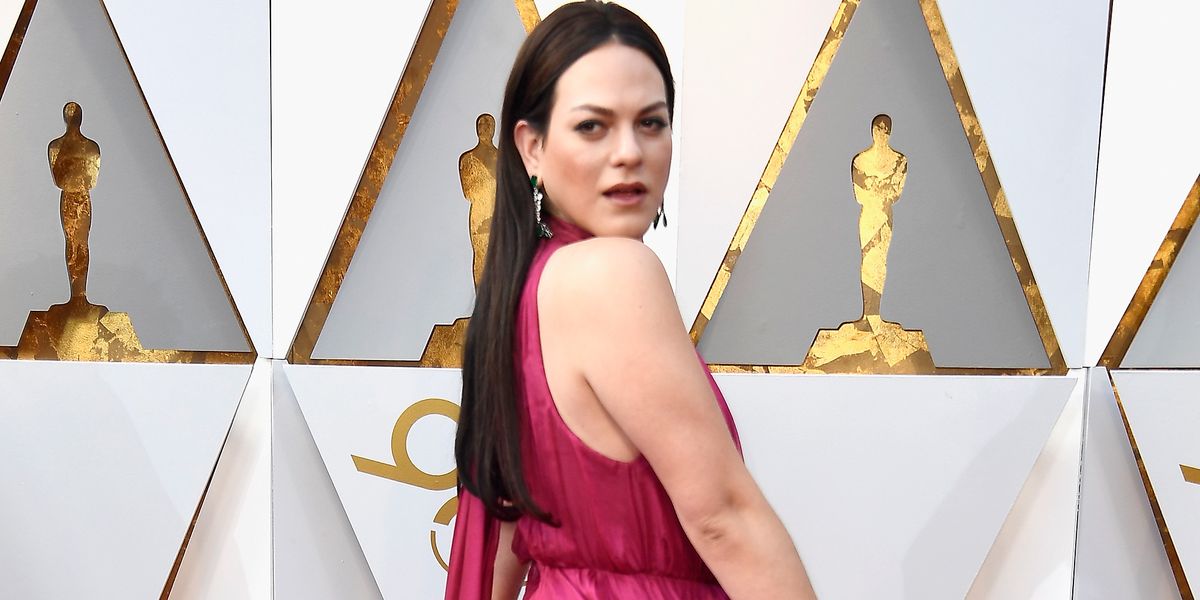 Daniela Vega made history tonight as the Oscars' first openly transgender presenter. The 28-year-old Chilean actress garnered praise for her performance in A Fantastic Woman, which won Best Foreign Language Film, and she introduced Sufjan Stevens and St. Vincent this year for their haunting performance of "Mystery of Love" from Call Me By Your Name. She also looked fabulous.

Vega previously told the Los Angeles Times, "The political and social situation isn't that much different in Chile than it is (in the U.S.), in that there is a weird feeling when it comes to transgender people in general," adding, "But we have a lot to contribute in the sciences, arts and every single discipline. We're fighting for liberty, to be heard. I see the world is trying to change fast, but in some areas, that change is being blocked."

The Academy still has time for a few more historic moments; Jordan Peele could be the first black director to take home the Best Director prize, or Greta Gerwig could be the second woman ever to win the same distinction. Rachel Morrison received the first nomination for a female cinematographer for Mudbound, and Yance Ford made history as the first openly transgender filmmaker to have a film (Strong Island) nominated for Best Documentary.

"If my making history makes it easier for a trans kid at home somewhere to feel more at home in their skin, then I'm so excited about that," Ford told the LA Times. "If I can use this moment to remind folks that trans people are subject to violence at greater rates than any other group in this country, I'm happy about that. If I can help one family embrace their child and not displace them and throw them out, I'm happy about that."