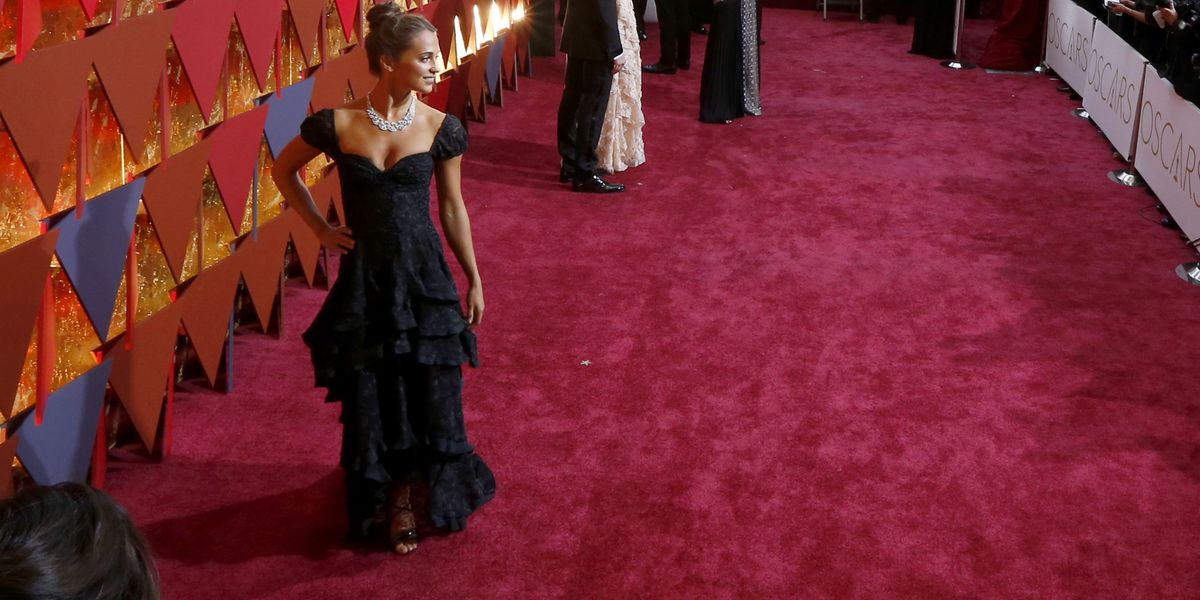 Here's one way the Oscars are making a statement: they're putting pepper spray in goodie bags.

Along with their complimentary vegan lollipops and trips to Tanzania, Greece, and Hawaii, celebrities attending this weekend's Oscars ceremony will receive the Tigerlight Defense Alert Device pepper spray in their gift bags as a solidarity effort with the #MeToo movement.

This hi-tech pepper spray is sleek, chic, and can defend fellow Hollywood starlets from even the creepiest of the industry's predators during their long walks alone from the film set. It's proven to have a 96% stop rate, and also sends an SOS alert to emergency contacts and anyone within a one-mile radius that has the D.A.D. app. Fancy and protective.

The goodie bags this year also contain a behemoth of luxurious (and surprisingly mental health-focused) products, such as an 18-minute phobia-relief session, a wooden box filled with 199 cards of positive action and quotes, and cruelty-free bath bombs à la PETA for those relaxing days out of the spotlight. The grand total of these swag bags is a whopping $100,000 each, and they'll be given to 26 stars and directors.

The gift bags aren't Oscars-approved; the Academy of Motion Picture Arts and Sciences resolved a lawsuit against the company that makes them, so that they're no longer allowed to promote them as official Oscars merchandise.

In any case, claps for caring about the safety and mental wellness of their actresses! Now, about that equal pay...