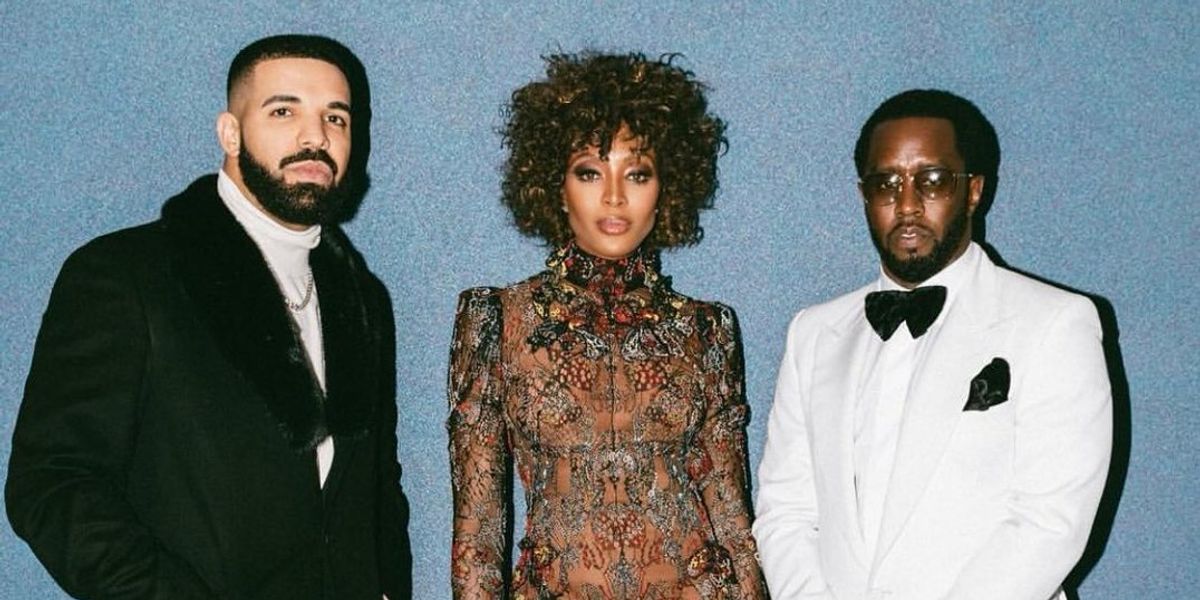 All The Best Oscars After Party Gossip

Ah, the Oscars. The Academy Awards. Gowns, glitz, Best Picture disappointments. Cameras panning hopefully to Emma Stone for reaction shots. Irina Shayk bravely enduring Lady Gaga and Bradley Cooper's Jack Antonoff-Lorde moment. Spike Lee being his inimitable self. This year's host-less ceremony was just fine, but you definitely got the feeling that every person in attendance was excited to leave and start having some actual fun.

So what went down at all the competing post-Oscars parties? Controversies began before the awards had even aired, with the New York Times publishing a snarky report about the diminishing relevance of Vanity Fair's iconic yearly bash — the magazine immediately rescinded the Times's invitation. With the Carters, Madonna, and even John Mayer also hosting parties this year, many guests split their time between several events.

All the best gossip, below.

Many stars chose to kick off their post-Oscars celebrations with truffle pasta at the Governor's Ball, USA Today reports. Questlove DJed and Angela Bassett started the dance floor with her husband Courtney B. Vance. Mahershala Ali and his Best Supporting Actor statue were there, as was Rami Malek, who "grabbed a bottle of Piper-Heidsieck Rare champagne, shook it up and popped off the cork" to celebrate winning Best Actor.

An unusually relatable moment: Emily and Zooey Deschanel, there to support their father Caleb Deschanel, nominated in the Best Cinematography category for Never Look Away, apparently "walked around with drinks in hand" for a while but then got bored.

"I would not be mad if we left soon and just went home," Emily reportedly told her sister. They left soon afterwards, presumably to order takeout and watch Netflix.

Hosted by editor Radhika Jones, Vanity Fair's soiree drew plenty of celebrity guests, despite the Times predicting otherwise. Although some were admittedly more relevant than others — Marilyn Manson was there? He was spotted in deep conversation with Chris Evans, Page Six reports.

Also in attendance was Glenn Close, yet again robbed of her Best Actress Oscar but still ripping up the dancefloor. She fell down at one point but gracefully recovered. Amy Adams was also an enthusiastic dancer, as were Jason Momoa and Lisa Bonet. Priyanka Chopra, Idris Elba, all three members of Haim, Tracee Ellis Ross, Jon Hamm, Natasha Lyonne, Chloë Sevigny, Tiffany Haddish, Kendall and Caitlyn Jenner, J.J Abrams, Jeff Goldblum, and Beck were spotted around the place too. Ben Falcone and Melissa McCarthy wore matching black and white Adidas tracksuits. Jeff Bezos made a brief appearance, minus Lauren Sanchez. Unlikely friendships were made, In-N-Out burgers were eaten (Maya Rudolph was spotted leaving with one in her hand), Lady Gaga arrived late but posed adorably for the cameras kissing her Best Original Song statue and was forgiven.

Taylor Swift skipped all forms of red carpet but showed up for the Vanity Fair party to support her boyfriend Joe Alwyn — his movie The Favourite was nominated for Best Picture but lost to Green Book. Someone sneakily captured a video of them together, looking affectionate.

Vanity Fair's official portrait studio captured moody images of most big award winners: Olivia Colman looked out of a window with a pensive expression, Spike Lee posed with his statue and a knowing smile, and Lady Gaga lifted her face to the ceiling in either agony or ecstasy. Photographer Mark Seliger's image of Selma Blair standing strong with her cane — she was diagnosed with MS last year — was a standout.

John Mayer didn't score a Vanity Fair party invite — we're unsure whether this supports or refutes the Times theory that the magazine's guest list is lacking — so staged his own version of the event, complete with fake red carpet and Vanity Fair's official logo as a photo backdrop. E! reports that Diplo, Halsey, Dave Chapelle, Bob Saget and Jeff Ross were all there. Shake Shack catered! It honestly sounds like a lot of fun.

On Instagram, Mayer said he hoped the stunt would score him an invite to the real thing in future: "If you work at the Vanity Fair magazine party, please don't be mad at me because I really want to go next year," he said. "That's why I dressed up."

Vanity Fair's Oscars party is a classic, but Bey and Jay's Gold Party, which debuted after the 2018 ceremony, is a new classic. Last night's most exclusive event had several draw cards: two very famous hosts, a curated guest list, no red carpet, guaranteed privacy from prying photographers, and a Chateau Marmont location. Forget burgers: the menu was reportedly just champagne and caviar.

Security was so tight that rumors of this year's guest list are still trickling in, but thanks to some grainy paparazzi shots we know that Drake, Naomi Campbell, Rihanna, P. Diddy, Adele, Leonardo DiCaprio, Natalie Portman, Chris Evans, Adam Driver, Katy Perry, Orlando Bloom, and Aziz Ansari were there. Diddy, Drake, and Naomi all posed for a photo together that has popped up on Instagram, despite a social media post ban.

Madonna and Guy Oseary’s 'The Party'

As with Jay and Bey's event, social media posts were outlawed at "The Party," Madonna and Guy Oseary's annual post-Oscars event. Luckily, TIME photographer JR was there to capture guests like Mila Kunis and Ashton Kutcher, Swae Lee, Mark Ronson, and — most notably — Lady Gaga.

Gaga's surprise appearance was a highlight of Madonna's party because it signals that the two divas have officially squashed their long-running beef. (The two have been feuding since 2011, when Madonna alleged similarities between "Born This Way" and "Express Yourself"). The two divas posed for an intimate photograph together, and fans also captured footage of an intense eskimo kiss. Maybe it was for real, or maybe Gaga deserved that Best Actress trophy more than Olivia Colman. Either way, this single photograph managed to outshine an entire three-hour ceremony.