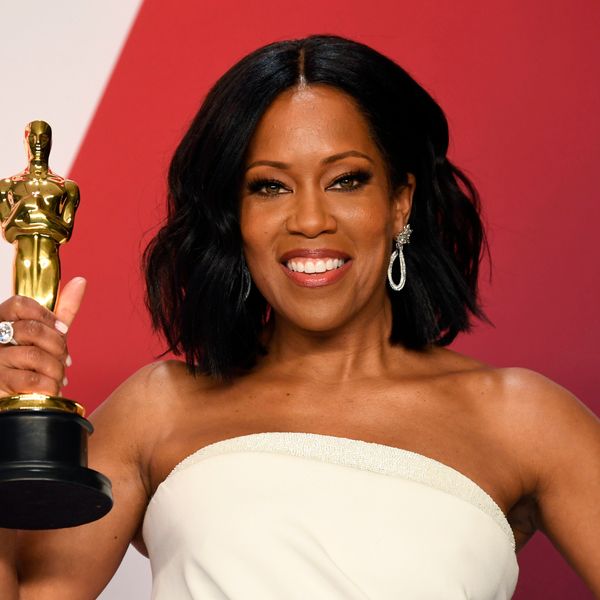 The Oscars Weren't so White This Year

After receiving much criticism over the years for lack of diversity, the Academy has finally recognized that they needed to awknowledge and award talent from people of all colors. The 91st Academy Awards weren't so white, not only because of the list of winners, but also from the messages coming from both the winners and presenters.

While presenting the winner for Best Foreign Language Film with Black Panther's Angela Bassett, actor Javier Bardem made a point to deliver his speech in Spanish, saying, "There are no borders or walls that can restrain ingenuity and talent."

ONE MORE TIME FOR THE PEOPLE IN THE BACK (and for Donald Tr*mp who’s in the very back) #Oscars pic.twitter.com/UAW6tlGUYG

And once winner Alfonso Cuarón went up on stage, he made a joke saying he'd watched foreign language films his whole life, mentioning films like Citizen Kane, Jaws, Rashomon, and The Godfather. Cuarón also won in the Best Director category.

"I want to thank the Academy for recognizing a film centered around an indigenous woman, one of the 70 million domestic workers in the world without work rights," Cuarón said in his acceptance speech. "A character who has historically been relegated to the background in cinema. As artists, our job is to look where others don't. This responsibility becomes much more important in times where we are being encouraged to look away."

Amandla Stenberg and John Lewis also introduced 2019's Best Picture winner Green Book, with the politician and civil rights leader emphasizing the terrible reality of the time where the movie was set.

"It is seared in my memory. Black men and women, our brothers and sisters, treated as second class citizens, threatened for raising their families or earning a living, beaten or sometimes killed for the crime of trying to live a life with dignity," Lewis said. "Our nation bears the scars of that time, as do I."

Spike Lee, after jumping joyously onto Samuel L. Jackson upon hearing that BlackKklansman won for Best Adapted Screenplay, also made sure to remind people what his film was all about and gave people a little history lesson. During his speech, he mentioned how it is so apt that they win the award during Black History month, and that exactly "400 years ago [their] ancestors were stolen from Africa and enslaved." He emphasized the strength of African-Americans, and used how his grandmother put him through college, and film school as an example.

"Before the world tonight, I give praise to my ancestors who helped build this country," he said. He also reminded everyone in the audience, "The 2020 presidential election is around the corner."

And Rami Malek, who won Best Lead Actor for his role in Bohemian Rhapsody, made sure to put Freddie Mercury's immigrant and LGBTQ+ background at the forefront of his speech. "We made a film about a gay man, an immigrant who was just unapologetically himself." He continued, "I am the son of immigrants from Egypt. I'm a first-generation American, and part of my story is being written right now."

Best Animated Feature: Into the Spiderverse