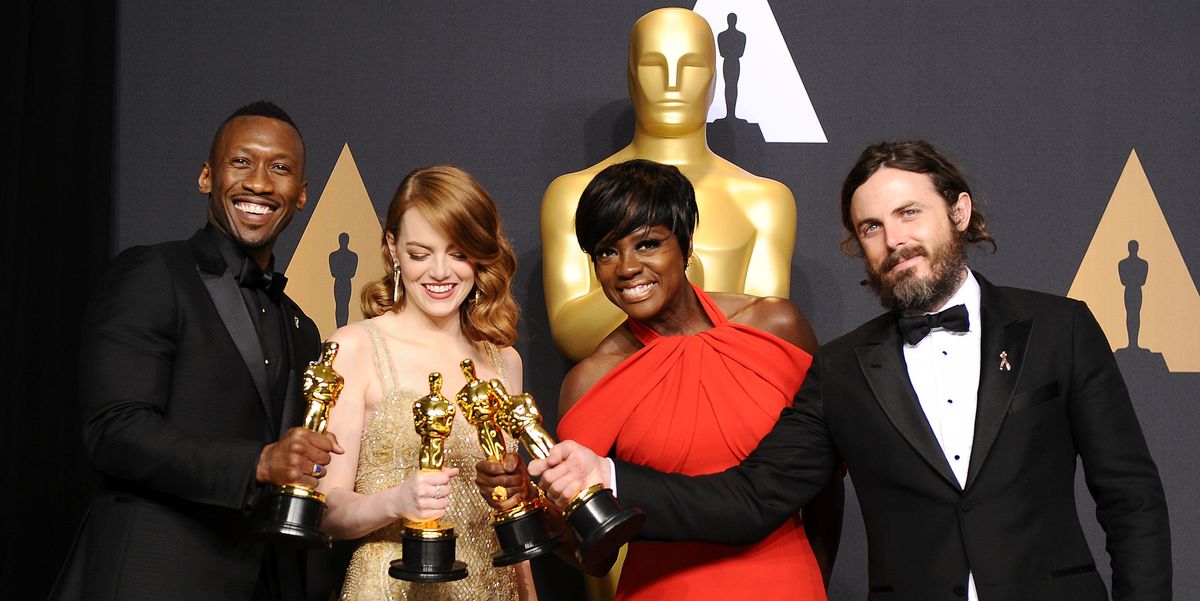 Who We Are Rooting For At the Oscars This Weekend

The 2017-2018 movie calendar has proven to be one of the most glorious in recent years. We've seen racially charged horror films, nostalgic California mother-daughter movies, gay romances on the Italian coast, and biopics of great British politicians, to name a few.

Other sites will offer you their winning predictions, based on a careful composition of awards season success thus far and considered media buzz. But we're not here to do that.

The following is a list of who we genuinely think deserves the trophies. This is a list of our faves — not of who has picked up the most SAG awards (or whatever the critics are using to make their predictions these days). Here is our truth:

Timotheé Chalamet in Call Me By Your Name

There are arguments to be made for the other nominees — of course, we also think Daniel Kaluuya is equally deserving. And Daniel Day-Lewis can do no wrong. But the final shot of CMBYN represents our favorite acting moment by a male this awards season, and cemented Chalamet as a true new Hollywood legend.

The girl has earned it, people. Did you know she has already been nominated twice before, for Atonement (she was 12 years old!) and Brooklyn. It's time for our darling to take home Oscar gold. Frances McDormand literally agrees with us!

Willem Dafoe in The Florida Project

We'll always have a soft spot for the Green Goblin. Besides, this very slept-on movie deserves some love, and this is really the only category it will be able to get it.

Allison Janney in I, Tonya

Honorable mention of course to Laurie Metcalf in Lady Bird, but Janney's evil matriarch was the funniest and most severe character we saw on screen this year.

What makes Lady Bird so good is the pacing and the genius directing — as tight as this category is, and as much as we'd love to give it to Jordan Peele, at the end of the day this trophy belongs to Gerwig.

Jordan Peele for Get Out

The story of Get Out is terrifying, poignant, relevant, and, at times, funny — a feat no other writer this year pulled off as deftly.

James Ivory for Call Me By Your Name

It was a particular challenge to pull off adapting Aciman's incredible novel, which takes places inside the head of the main character, Elio. Ivory was able to bring that cerebral language into a visual spectacle with great mastery.

It's a movie that we don't expect will get many Oscars at the end of Sunday night thanks to stiff competition, but it was a very, very good film, and a film about clothing, and the clothing was breathtaking… so we feel it's only fair.

It's another very well-reviewed film that was largely slept on in awards season, shot in a beautiful style by Morrison, who is the first woman ever to even be nominated in the category.

It is a very tough call, and in this category, at least, we are very torn and can't say definitively which was truly our favorite of the year. CMBYN made us cry the most. I, Tonya made us laugh the most. Lady Bird left us with the warmest feeling in our hearts. But Get Out gave us all of those feelings at once, as well as terror, suspense, and cultural relevance that none of the others even come close to.

Best Picture is meant to encapsulate what will be remembered about each respective year in filmmaking for decades to come. 2017 can pretty universally be called one of the darkest social and political years in American history. Don't we want to be remembered for a film that's aware of these divides in a definitively sharper and more potent way than any of its competitors?