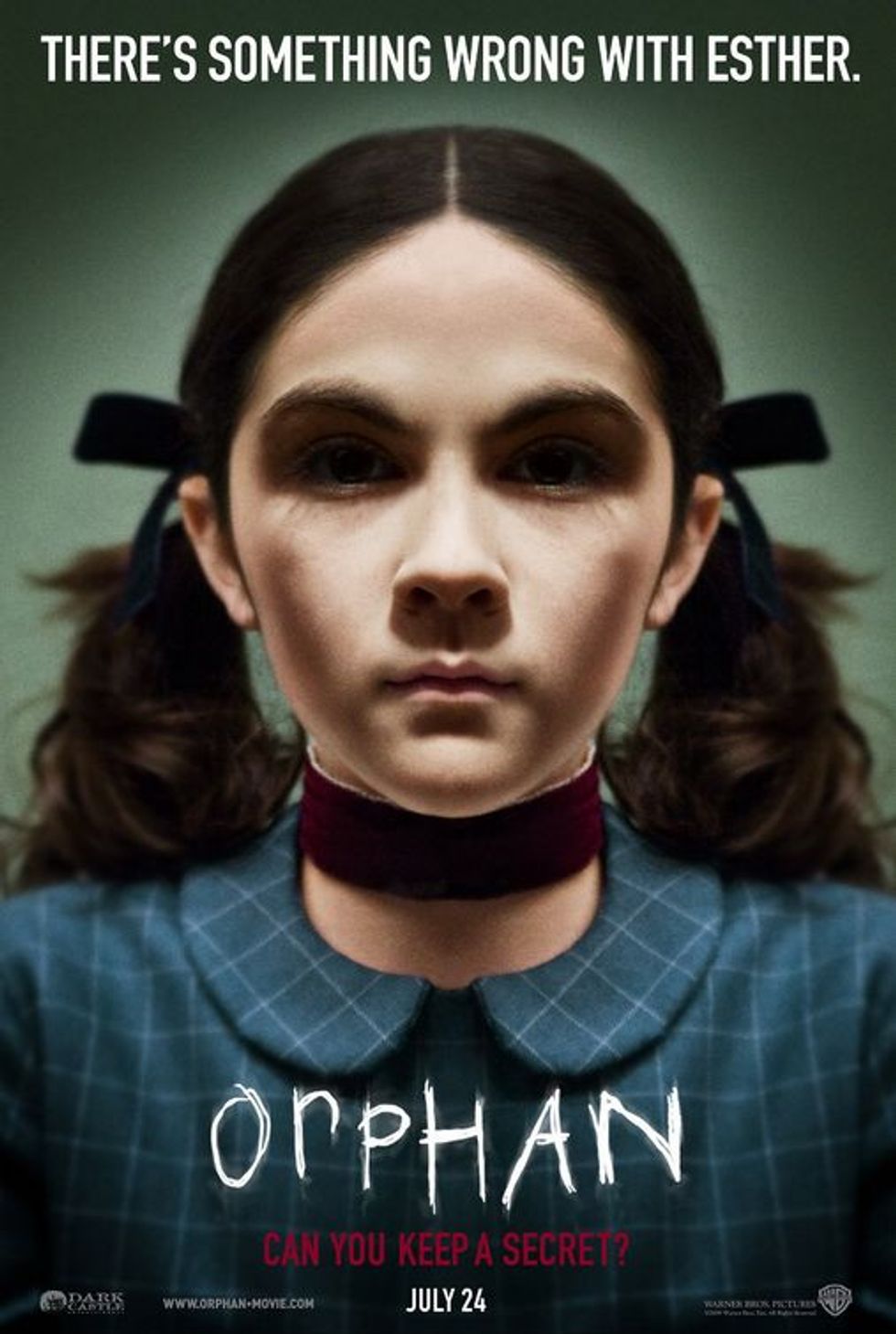 Orphan, a new Warner Brothers film about a creepy evil adopted girl is actually a nice surprise -- it’s a solid little shocker with good performances and sardonically twisted surprises. Director Jaume Collet-Serra (who directed the not-half-bad House Of Wax remake) does a terrific job of setting up this tale of a married couple (Vera Farmiga and Peter Sarsgaard) who, after much soul-searching, decide to adopt a kid. They have two of their own, a young boy and a hearing impaired girl, but have recently suffered the loss of a baby. When they see Esther (Isabelle Fuhrman) at an orphanage they immediately take to the strange, unique Russian girl. The flash of alarm on the nun’s (CCH Pounder) face clues the audience to the danger ahead. The couple brings her home and despite her bizarre appearance -- ruffled dresses and bows -- she at first seems to fit in. But anytime someone crosses her, watch out. The build up is nice and the delivery of the scares and shocks are fiendishly effective. And Vera Farmiga digs so fearlessly into her role as the troubled mom (who, when she becomes suspicious of Esther, is dismissed by everyone around), that her performance helps ground the movie.