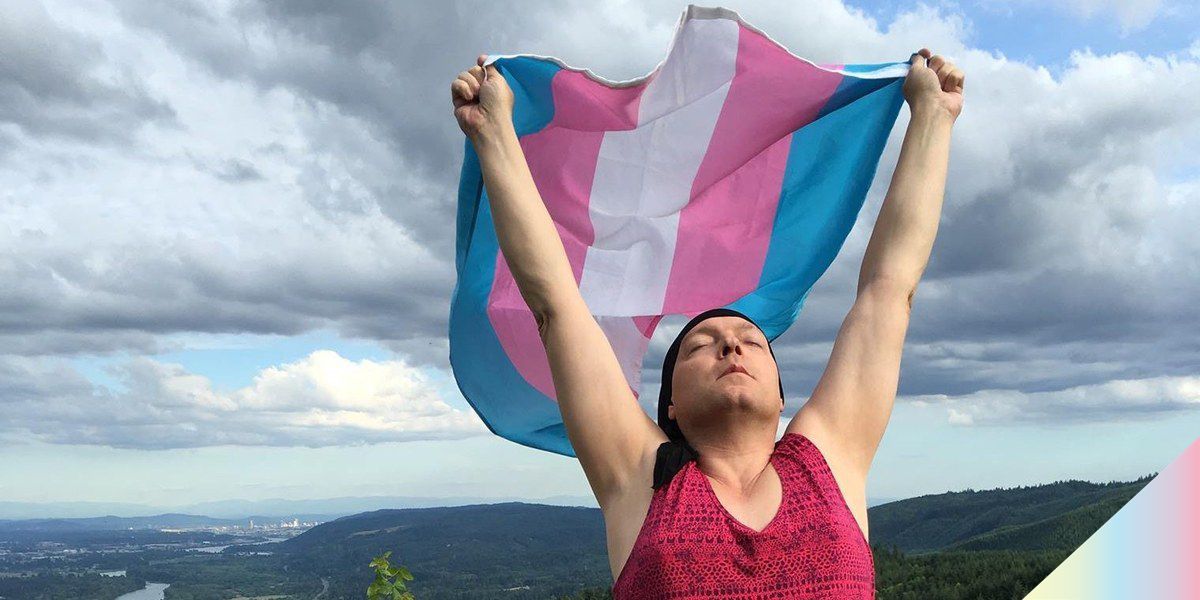 Soon, the people of Oregon will be allowed to choose between M (Male), F (Female), and X (non-specified) when selecting a gender for their driver's license and state identifcation cards. The move will make the state the first in the U.S. to legally recognize the identifier, and will be a triumphant step forward for the non-binary and trans community. According to Reuters, the policy was unanimously adopted by the Oregon Transportation Commission.

The step forward was prompted after, last June, a judge decided that Oregon resident Jamie Shupe (in the photo above) had the legal right to identify as non-binary. That was considered a first in U.S. history. Recently, a bill passed through the California House Senate, which would similarly allow for a third gender-neutral option. While that bill awaits approval in the California General Assembly, Oregon's policy did not require a legislative vote.

In a statement, the Department of Motor Vehicles said that "time was required to study state laws, update computer systems, work with business partners such as law enforcement and courts, and change administrative rules." The year it took to implement the change will surely result in a smooth transition. According to David House, a DMV spokesperson, "There was very little opposition" to the change.