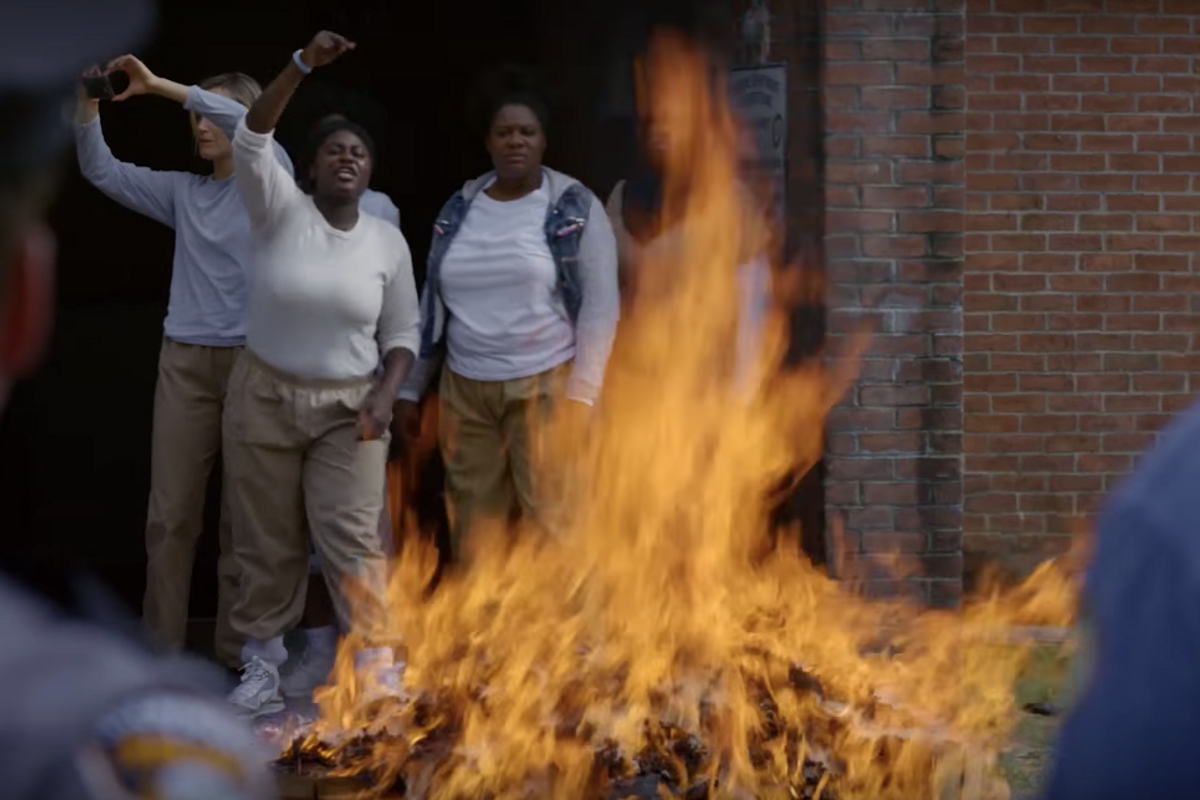 Orange Is The New Black fans, the time has come. Netflix released the first full trailer for the hit show's fifth season today, and it looks as though things at Litchfield Correctional Facility are getting heated as the women prepare to band together and demand better treatment from the prison after Poussey's death last season.

"We're denied basic humanity," Taystee (played by Danielle Brooks) says in the trailer. "We want to be taken motherfuckin' serious!" It's an action packed trailer which make sense, given that all of Season 5 takes place over three days. See for yourself below: