Adebayo Oke-Lawal is the Lagos-based founder and Creative Director of emerging brand Orange Culture, which just celebrated its first New York Fashion Week show for Spring 2020. Putting him front and center as a talent to watch from the West African fashion hub, Orange Culture is the culmination of years of effort by the self-taught designer and a personal triumph for Oke-Lawal.

The collection, called "Goodbye To Mem" digs beyond the exterior and highlights the personal journey of examining the shadow self to confront the haunting inner demons that plague us all. Having founded Orange Culture in 2011, the young designer has since been challenging the rigid hypermasculinity of his native Nigeria with his bold, beautiful take on genderless clothes in fluid silhouettes. "I really do believe that men have been built to constantly suppress their demons and to sweep them under the carpet and not talk about them," Oke-Lawal tells PAPER.

The designer collaborated with Nigerian artist Eloghosa Osunde on the illustrations of the shadow man portrayed in a number of looks, giving a redemptive form to his inner conflict through the garments. Osunde also created five pieces that inspired the other graphic prints seen throughout the collection, featuring the same motif.

"This collection is exemplary of how we wear our demons pretentiously and mask them as 'pretty' without dealing with them," he said. "They eat us up day by day! I think it's about taking ownership of your demons and wearing them beautifully while you deal with them — talking about them, being vulnerable with them and healing them."

Fashioning them with traditional fabrics in bright colors and rich jewel tones, his Spring 2020 collection was a feast for the eyes. Oke-Lawal showed everything from iridescent shirts to silk rainbow robes, beaded hats to elongated sleeves and parachute shirts in organza and jackets with hoop details. 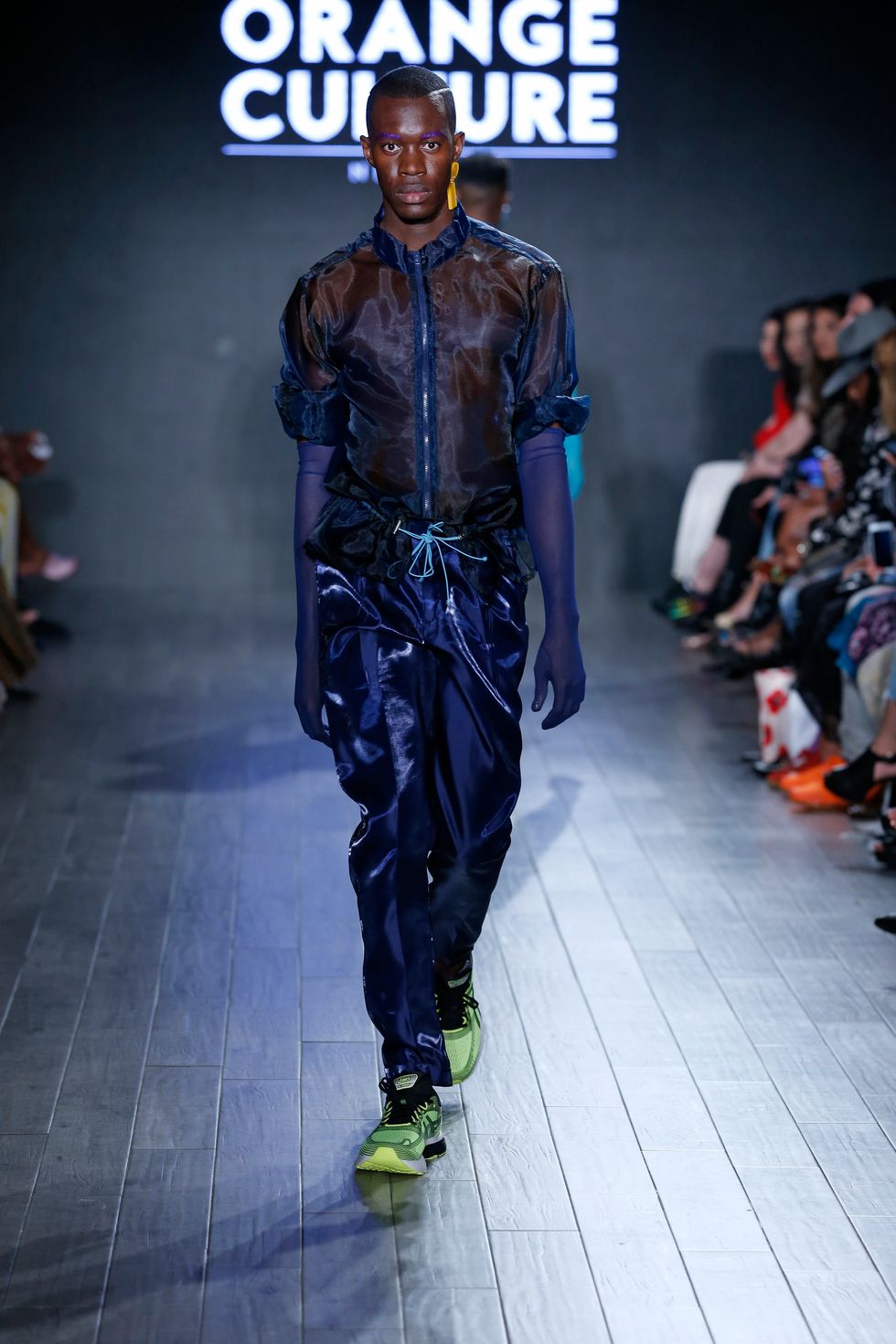