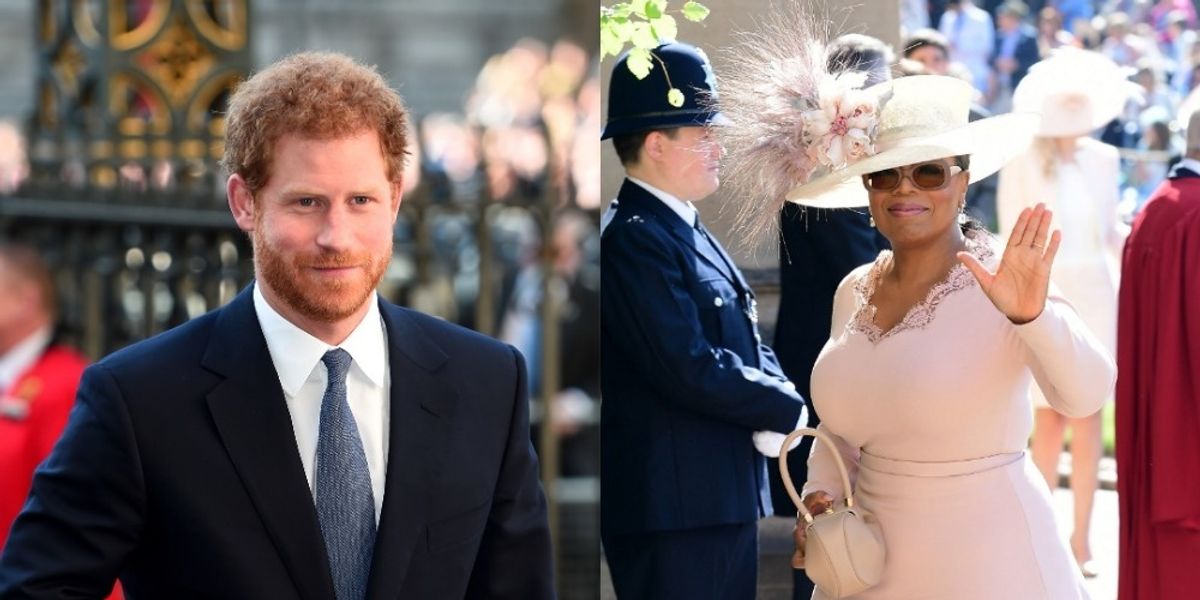 Oprah, American royalty, has always been friendly with the Duke and Duchess of Sussex. She attended Prince Harry and Meghan Markel's wedding, and now, she's teaming up with their highnesses on what she does best: the intersection of entertainment and activism. As announced on the Royal Instagram of Sussex today, Oprah and Prince Harry are co-creating a new documentary TV series all about mental health and wellness for AppleTV+.

Oprah and Harry will be "partners, co-creators and executive producers" on the series, which aims to inspire "viewers to have an honest conversation about the challenges each of us faces, and how to equip ourselves with the tools to not simply survive, but to thrive."

Harry, who has long been an advocate for mental health awareness and partner of UK-based mental health organization Heads Together, shared in a personal statement that the show will highlight "global stories of unparalleled human spirit fighting back from the darkest places, and the opportunity for us to understand ourselves and those around us better."

The project builds on Harry’s long-standing work on issues and initiatives regarding mental health, where he has ca… https://t.co/PbIbxylQAj
— Omid Scobie (@Omid Scobie)1554890929.0

I’m told that Prince Harry and @Oprah’s multi-episode series is still in pre-production and “will centre on mental… https://t.co/toaSrLwHVZ
— Omid Scobie (@Omid Scobie)1554892884.0

Oprah recently announced a partnership with AppleTV+, which launches this Fall, but the series marks her first official project with the service. She commented on the Instagram announcement saying: "Delighted to be partnering with you. Hope we shed a lot of Light. And change some lives!"

Oprah offered a few more details in a CBS This Morning interview (via CNN), explaining that the project emerged from a conversation between her and Harry, in which she asked him what he felt the most important issues facing the world were.

The project doesn't need any more big-name endorsers, but it immediately got David Beckham's sign-off. The soccer star commented on the post: "What an incredible project, shining a light on the issue of mental health and also mental fitness. This kind of conversation is so important to how we live our lives on a daily basis. It's inspiring, can't wait to watch 👏 @sussexroyal."

The announcement arrives during April's Mental Health Awareness Month, but the series won't be launching until sometime in 2020, so stay tuned and maybe consider that AppleTV+ subscription.