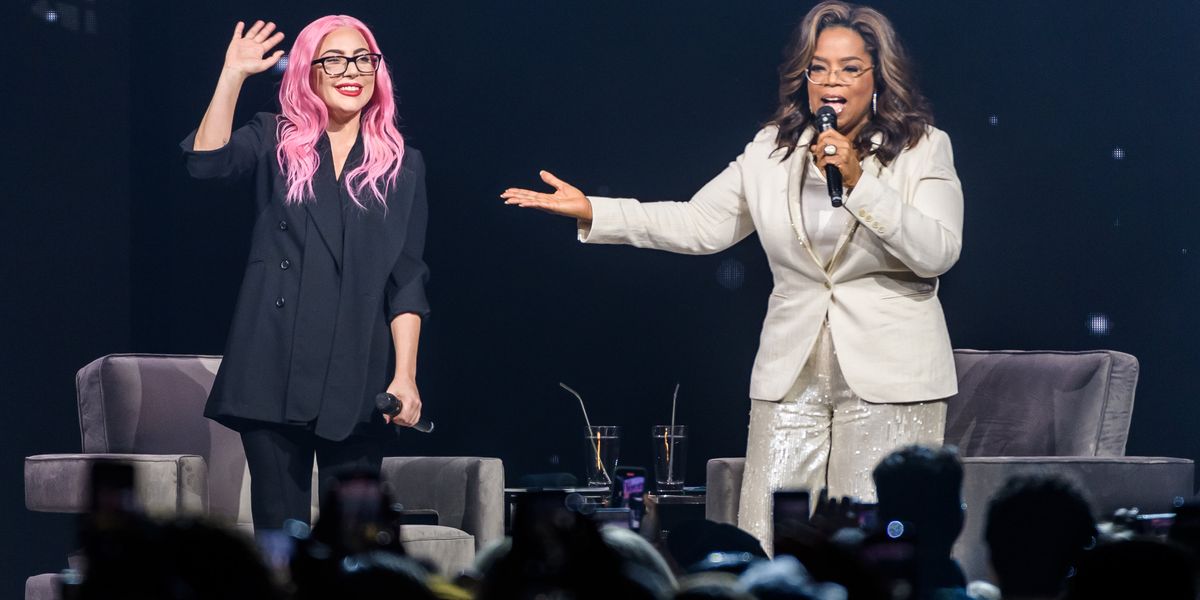 Oprah Winfrey started her WW 2020 Vision Tour on Saturday at Fort Lauderdale, and things got off to a great start with her first guest, Lady Gaga. During the show, Gaga opened up about her life, career, mental health and past traumas. And Oprah made sure she thanked the star for being so willing to share stories about such personal matters.

During the interview, Gaga spoke candidly about everything including having fibromyalgia, as well as being sexually assaulted. "I was raped repeatedly when I was 19 years old, and I also developed PTSD as a result of being raped and also not processing that trauma," she told Oprah.

On Sunday, Oprah posted a backstage video from after their onstage chat. You can hear and see both her and Gaga get emotional as they meet and embrace. "Can I tell you you were so amazing. You were so good! You were so vulnerable, you were so truthful, you were so real," Oprah said. "I couldn't even believe you were doing that! Oh my god you were so real, so good, so strong, so you! It was so good. Thank you for doing that for me."

Gaga replied, "Of course I would. That's what happens when you're in the presence of an angel [...] Thank you so much for being a part of healing me and my life."

Oprah on Instagram: “Fort Lauderdale, thank you for your warmth and fantastic generosity. And @ladygaga: Your willingness to ‘go there’ with your vulnerability…”

After another hug, Oprah said, "Let's end the shame, honey. That was just so good. That was powerful."

This isn't the first time the two have spoken regarding mental health and personal traumas. Oprah previously interviewed Gaga for Elle.