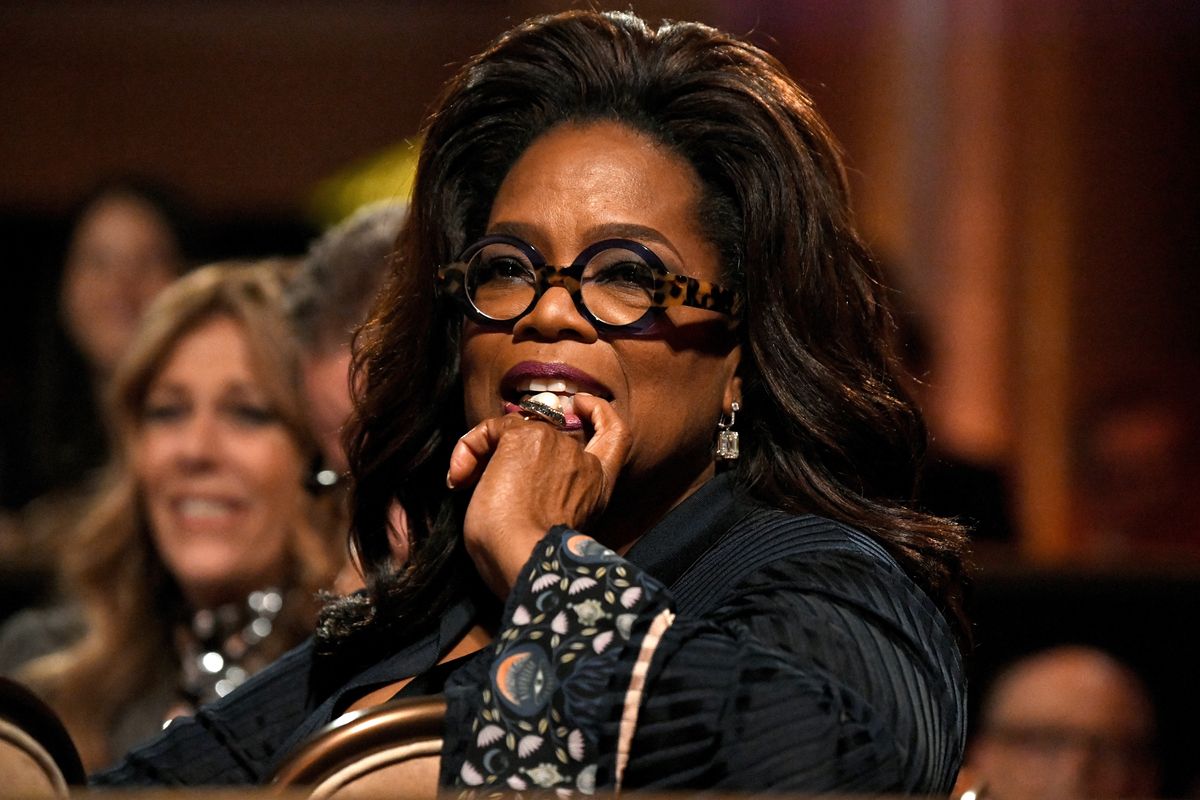 Someone Found the Recipe For That Million Dollar Chicken

You may already have been sent the clip by your friend or was shown it by a coworker over lunch, but we really need to talk about Oprah and this flavorless chicken.

If you haven't seen it already, do yourself a favor and watch this clip a Buzzfeed reporter dug up from 2006 of Oprah tasting a white woman's chicken recipe that had just recently won a million dollars in contest held by Pillsbury.

I often think about the time Oprah did a cooking segment with a woman whose chicken recipe won $1 million, and Opra… https://t.co/7Ln64man3Z
— Spencer Althouse (@Spencer Althouse)1544315857.0

From the first bite, Oprah can clearly tell something is amiss. Bewildered, she initially struggles to pinpoint the exact problem with the dish making sure to take her time and thoroughly chew before commenting. Growing painfully aware that Oprah is less than thrilled, the woman who made the dish nervously asks "Do you like it? I hope so...just say yes." Oprah acquiesces and hesitantly says "I do like it. I like it very much," before politely asking "did we add salt and pepper? I think we needed salt and pepper."

Related | Who Wrote This Love Letter to Kendall Jenner?

"Needed" may be the understatement of the century because the reality is that the woman intentionally didn't add any salt. She did it on purpose. No salt. No pepper.

It is unfathomable to think that salt and pepper, or any seasoning at all, would be an optional part of any dish. Couple that with the fact that this recipe somehow was deemed worthy of a million dollar prize and thought to be good enough to present to Oprah, a woman who has her own line of cookbooks, is beyond comprehension.

Luckily, someone has actually found the original recipe in question and somehow it only calls for a 1/4 of a teaspoon of salt!? A measurement so small that all of those grains of salt could comfortably fit on the nail of your thumb. Maybe the seasoning had to be cut back to make space for all of the Pillsbury waffle sticks the recipe calls for?

I found the recipe from that oprah chicken clip and it asks of ONE FOURTH OF A TEASPOON OF SALT FOR A POUND OF CHICKEN https://t.co/3OGgvzWDjD

But don't worry, the saga doesn't end there. Given all the attention the clip has been getting, you knew at some point Oprah was going to have to set the record straight.

Posting a reply video to the original Buzzfeed reporter that initially shared the clip, Oprah explained that she didn't want to hurt her guest's feelings but she wasn't going to hide the fact that the chicken was bland. "I always wanted anybody who came on the show, no matter what they did, to have a good experience. And I also wanted to stay in my own truth while allowing them to have that good experience. I was having a moment of trying to decide, Do I want her to have a great time? What is my real moment of truth?," Oprah says. "Because the truth for me was that I am used to having salt and pepper on my chicken. That's just the truth. That's what I was thinking: this chicken needs some salt and pepper."

O, The Oprah Magazine on Instagram: “Over the weekend, a 2006 video of @oprah tasting an *interesting* chicken dish made its rounds online. We asked the O of O, what REALLY…”