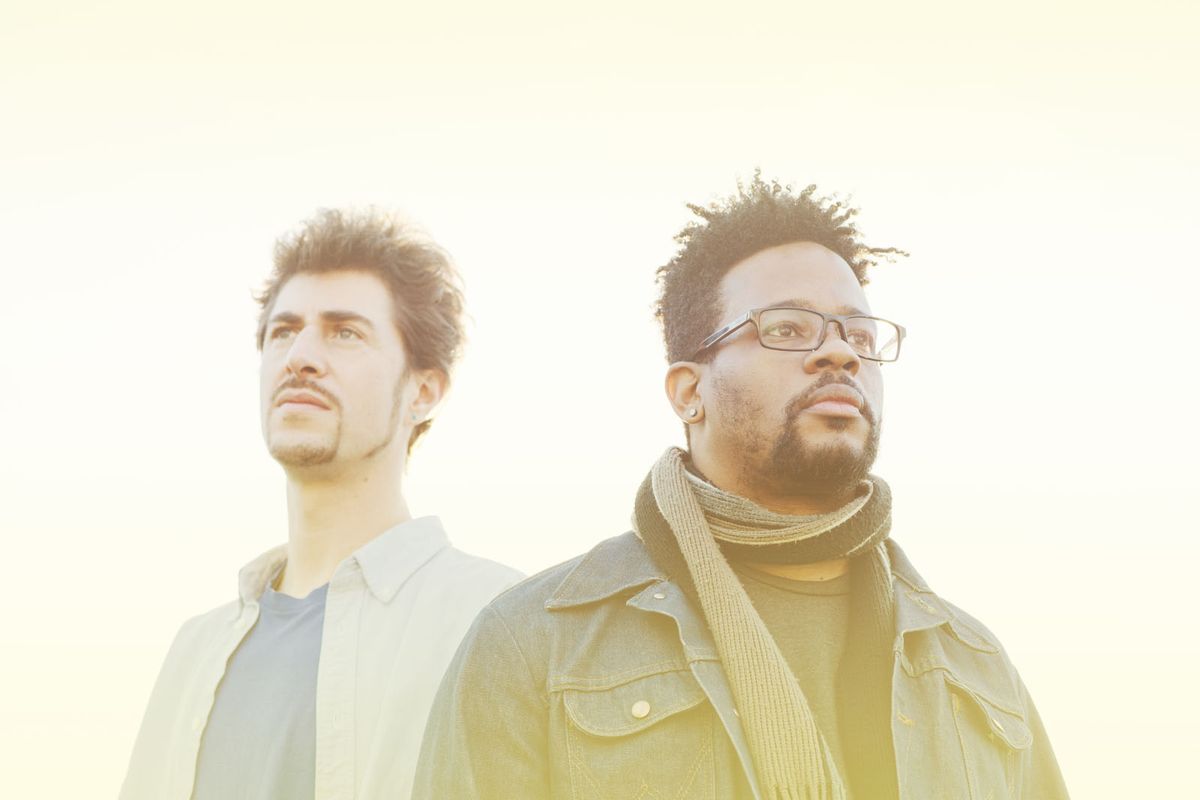 Michael Eagle, aka rapper Open Mike Eagle, has no problem psychoanalyzing his catalogue. On the phone from New York City -- where he just finished shooting a new music video earlier in the day -- he explains his oeuvre with a "If I really look at most of my song premises, they really start with something awful."

And while awful may be the foundation, it becomes palatable through comedy, with Mike employing the classic comedic formula: the world is an ugly and painful place, but what if there was something funny about that?

More relevant though is the fact that Michael Eagle is a black man on planet Earth, which makes his relationship with America's prejudiced past quite different. But, within casual racism and daily microagressions, he nonetheless manages to find moments of bleak humor, seen in lines like, "I can see the Super Bowls of the future / Ferguson blacks vs Missouri State Troopers." Dark psychology and timely relevance has been the cornerstone of his work since Unapologetic Art Rap in 2010 -- an attitude that culminated in 2014's breakout indie hit Dark Comedy, and the recently released Hella Personal Film Festival, made alongside UK producer Paul White.

But this all begins to make sense, when you learn that a big influence in his work comes from observing the neurosis of Jewish comedians in the late 80s. "I think it was public displays of worry," he says of his affinity. "They seemed to be publicly making a career out of the same sort of internal dialogue that I was having."

It's an attitude he's rapped about before on the intro of last year's "Dark Comedy Morning Show" where he says, "for those that haven't heard of me / I'm bad at sarcasm so I work in absurdity / on that laugh to keep from crying tip / rap like Wyatt vs Chet in Weird Science" -- an idea that brings to mind Kurt Vonnegut's "Palm Sunday" sermon, which declares laughter and tears as "both responses to frustration and exhaustion, to the futility of thinking and striving anymore." But Mike says he can't agree with this particular sentiment.

Another part of this internal dialogue that straddles the boundaries between pain and humor materializes itself when he talks about "Smiling (Quirky Race Doc)," a moment in the conversation where Mike bluntly uses the term "subhuman". Hella Personal Film Festival in Mike's mind is understood as a collection of short films he's consciously written -- vignettes with no film. Instead, they exist as songs. Songs about the best day for the lowliest human, a song about a man who dies every evening. "Smiling" is Open Mike's Sesame Street-esque educational song about the intrinsic fears in white folks that cause them to cross streets and avoid eye contact in the presence of dark people -- and it's where Mike channels his love of They Might Be Giants, namely "Your Racist Friend", to tackle the topic of socially awkward racism.

"Today I saw a lady say hi to a stranger /Then avoid my eyes like I'm a white-person strangler."

Delivered in Open Mike's collected, deadpan delivery, the couplet is a " benign violation," which places comedy at the center of a spectrum between the benign, the acceptable, and the violations i.e. anything that threaten one's belief in how the world should be, and subsequently ties into humor's physiological bond to fear. Return to that original encounter with the paranoid woman avoiding eye contact and the problem cuts deeper since she did not see a married family man with a son.

"I'm getting really tired of talking about and thinking about this shit, but I feel like I have to because of my kid's future," he says. "I want him to live in a world where people are less concerned about shit like that."

As Mark Twain once said, "the secret source of humor itself is not joy, but sorrow. There is no humor in heaven." Knowing heaven is also a place where nothing ever happens, the diary of the day from Open Mike's "Dang Is Incredible" would play out differently. As celebratory as people mistake it to be, Mike analyzes his music once again to note he's never written anything that expresses pure joy.

"They're very rarely joyous. I've been thinking about this for awhile, I don't know if I could ever write a pure happy song. I don't know what that would look like."