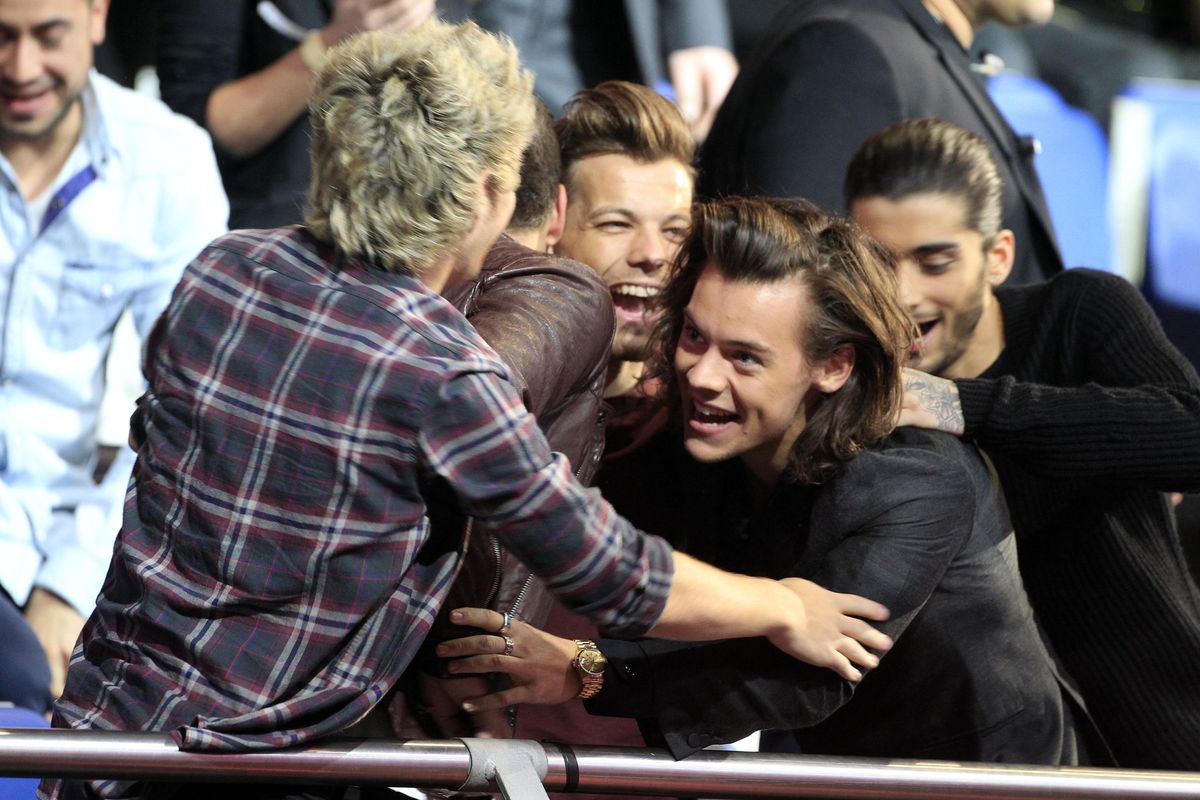 All Directioners know: July 23 is a sacred day. Ten years ago on this date, Simon Cowell first put five baby-faced, angel-voiced teenage singers together to form the ultimate boy band, after they each completed solo tried outs on The X Factor UK. Since then, Harry Styles, Niall Horan, Zayn Malik, Liam Payne and Louis Tomlinson rose to international fame, having a Beatles-esque effect on their preteen fanbase worldwide.

For 1D's passionate (now grown) fans, a reunion has been anticipated for quite some time. Since Mailk's 2015 departure and the group's seemingly final release, "History," not even Styles' and Horan's recently successful solo records seemed to fill the void. Rumors of a "secret project" emerged in April, as fans noticed that every member re-followed Malik on Twitter and appeared to be communicating with each other.

Well, the wait is finally over: One Direction has officially announced plans to celebrate the 10th anniversary of their formation, complete with a new website launching next week. The site will contain a "timeline" of the quintet's history, displaying behind-the-scenes clips from the time of their individual auditions all the way up until the announcement of their hiatus back in 2016.

Each era, (including everything from Up All Night to Made in The A.M.) will feature music videos, artwork and other mementos from the band's six chart-topping years. The site will generate a personalized and shareable mixtape/ playlist for visitors, compiled based on their interaction with its content, and most frequented eras.

A new celebratory video will also arrive on July 23, commemorating highlights from the band's career and time spent together while acoustic performances, live recordings and "reformatted EPs," will be uploaded to the site, the latter of which includes notable B-sides, rarities and remixes.

Before members were becoming best friends with Stevie Nicks, embracing fatherhood and embarking on solo tours, 1D gave us cultural resets we can now appreciate in remastered formats. At least that's one bit of good news for the TL.