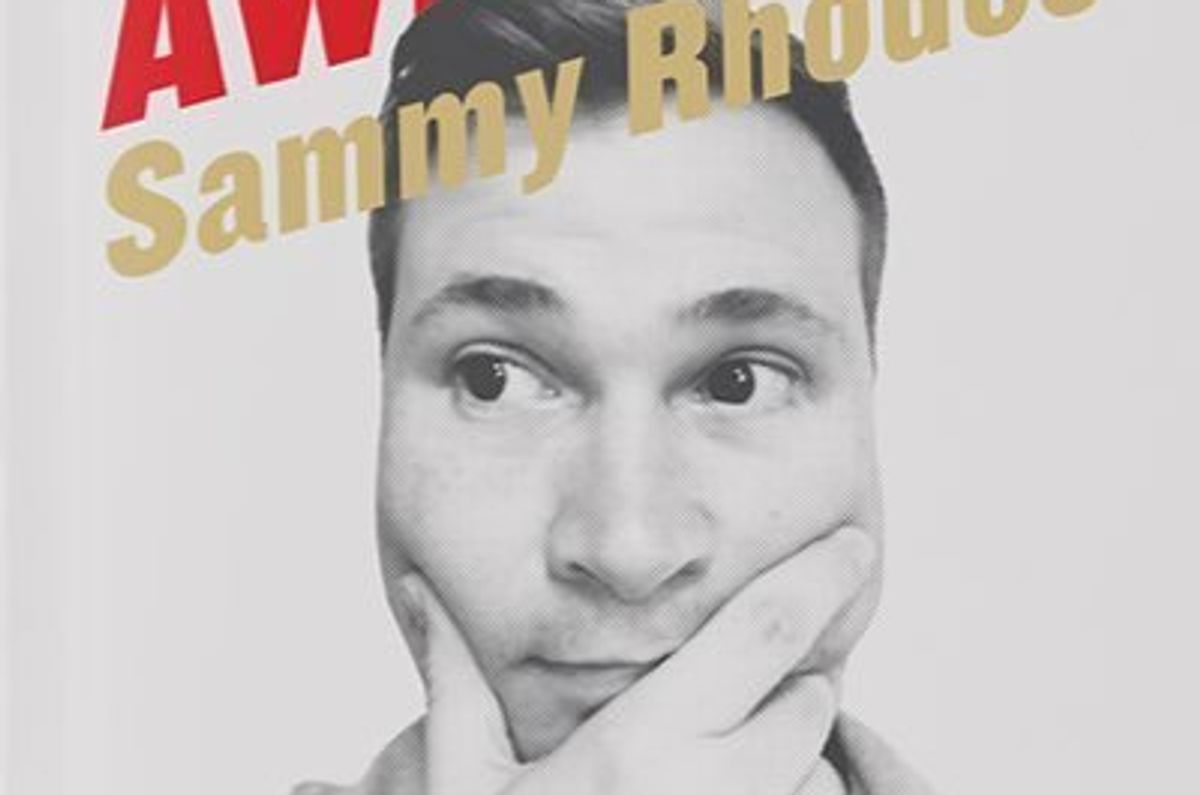 The Prodigal Sam has returned, bearing a memoir, This Is Awkward. It's as "honest" as Sammy Rhodes, infamous Twitter plagiarist preacher, is himself.

Sammy Rhodes is better known as the former Twitter personality @ProdigalSam. A millennial campus minister in South Carolina, he amassed 130,000 Twitter followers by being so inspired by his favorite writers that he copied and pasted their jokes onto his feed without attribution, resulting in an Internet plagiarism firestorm. Rhodes lifted jokes word for word from comedians and writers including Alec Sulkin, Kelly Oxford, and Rob Delaney--the list goes on, and is thoroughly documented. Additionally, Rhodes would plagiarize his own plagiarized tweets, repeating the same jokes with slight changes over and over again.

Often, Rhodes tweets had more engagement than those he was borrowing from. When confronted, he defended himself by claiming he was just "imitating" and "riffing" off of Twitter users he admired. "Some of my early tweets were kind of like covers," he told Salon in 2013. "It's like Jack White accusing the Black Keys of ripping off the White Stripes. Lot of similar ideas and sounds at play there, but ultimately they're two different bands."

Think of him as the OG Fat Jew.

Rhodes' new book, part memoir, part homily, part stream of consciousness riff on the process of writing, part Bible study guide, is called This is Awkward: How Life's Uncomfortable Moments Open the Door to Intimacy and Connection. It's very clearly written for high school and college kids who are having a little trouble out there--we've all been there. I can see where Rhodes and his publishers are coming from. Sure, the book's pretty formulaic and kinda appeals to the baser instincts of its readers, but it's aimed at teenagers, and anything that gets teenagers to start reading (for fun) is a good thing. There's a chance that many "awkward" teens will read this, then look up more substantial religious thinkers like Augustine, Aquinas, Spinoza, Wittgenstein, Gervais.

Meditations on the nature of social media bookend this memoir: the intro includes several vague mentions to his Twitter scandal, while an appendix, titled "A Social Media Manifesto," offers advice like "Use social media to enhance your life, not to escape it." Still, this is puzzlingly not a mea culpa, nor a true examination of the effect and fallout social media had on Rhodes's own life.

Despite the hundreds and hundreds of invocations of other famous stories, Rhodes somehow seems to draw no meaning from his own. It would seem that when @ProdigalSam became the center of a huge, life-altering plagiarism scandal, it might have cued some self-realizations. While Rhodes does say there are people he feels he owes an apology to, he never actually comes out and says "Sorry." Instead, he took a short self-imposed Twitter exile (before reemerging as @SammyRhodes), developing what comes across as a strange victim complex, and quietly cashing the big check for a book deal.

You get the feeling that Sammy Rhodes doesn't like to do a ton of reflection. His solitary time is better spent looking up Seinfeld episodes to talk about in his sermons. To be perfectly fair, Rhodes does talk about the deep stuff in his life experience. How his parents' divorce affected him and how he's trying to be a good father; how he struggles with porn addiction; how he sometimes incurs the profound responsibility of officiating the wedding of two of his students. How he has serious depression. A suicide note "wasn't a cry for help. It was a full blown Howard Dean scream for help."

But ultimately, towards the final chapters, I realized that it was me who didn't understand Rhodes's connection between spirituality and pop culture. Why write a memoir strangely void of personal reflection? Instead we're awash in references. Why bother using reality to make your points when you can use Finding Nemo and Game of Thrones to make them for you? Frankly, it's much easier that way. You're never asked to face the consequences of your actual decisions.