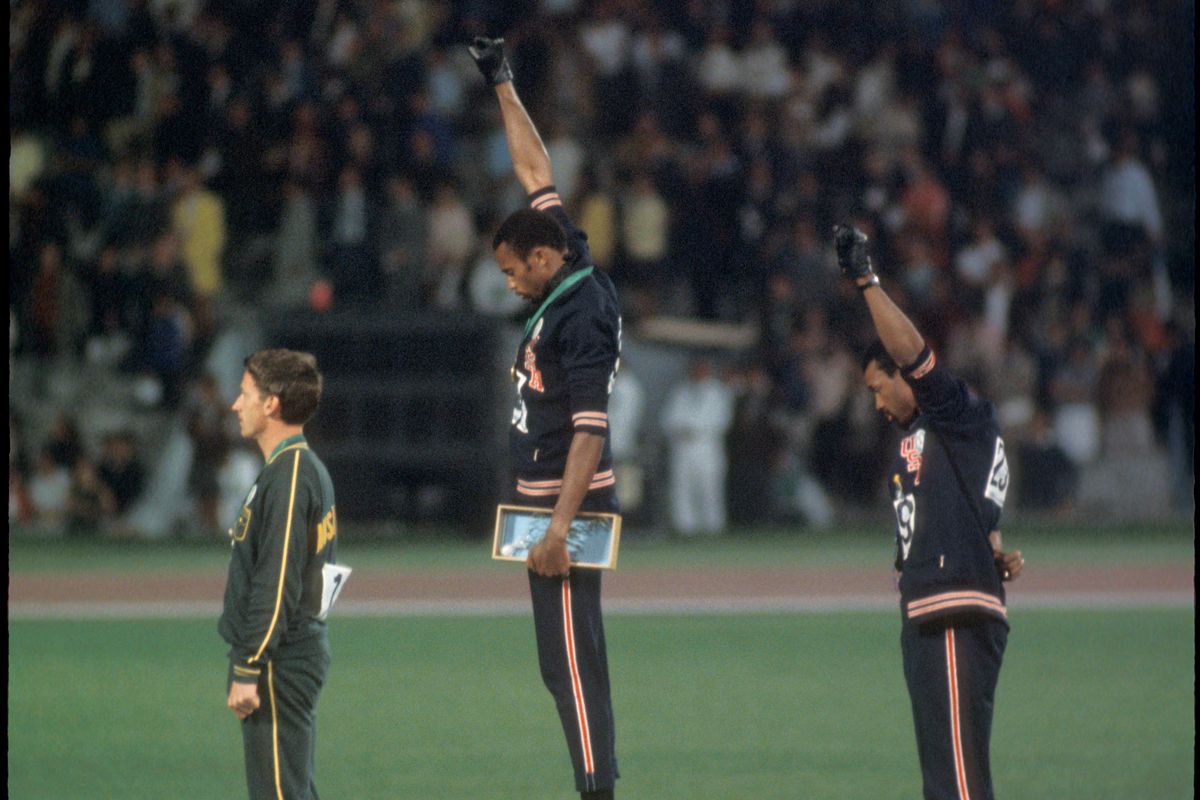 While Australia burns and the US balances on the brink of war with Iran while careening towards the 2020 election, the Olympics are trying to preemptively foil political speech. A list of "guidelines" for this summer's Tokyo games were released by the IOC Athletes' Committee today.

"That desire to drive change can naturally make it very tempting to use the platform of an appearance at the Olympic Games to make our point," the document warns. "We believe that the example we set by competing with the world's best while living in harmony in the Olympic Village is a uniquely positive message to send to an increasingly divided world. This is why it is important, on both a personal and a global level, that we keep the venues, the Olympic Village and the podium neutral and free from any form of political, religious or ethnic demonstrations."

Protests and demonstrations of any kind are banned: on the field of play, in the Olympic Village, during medal ceremonies, during the opening, closing events and any other official ceremony. Where are they permitted? "Team meetings," in interviews and online.

Explicitly banned are, "gestures of a political nature, like a hand gesture or kneeling," signs, armbands, and diverting from any ceremonial protocol.

Know Your Rights Camp, the youth organization founded by Colin Kaepernick (who popularized kneeling during the national anthem as a protest of police violence and has been banned from the NFL as a result) side-eyed the news online.

The new guidelines diverge from the long history of Olympic podium protests, from US runners Tommie Smith and John Carlos holding up the Black power fist in Mexico City 1968, to Gwen Berry doing the same at this summer's Pan American Games. More recently, folks like Kaepernick and soccer star Megan Rapinoe have re-established that sports is a place for politics.

The rules are particularly hypocritical given that the Olympics have always been politicized by organizers. Germany and Japan were barred in 1948 for their participation in WWII, while South Africa couldn't participate from the mid-'60s to the late '80s in protest of apartheid. Most recently, South and North Korea sending a united team to the Pyeongchang Olympics in 2018 was recognized as a major geopolitical move.

If athletes want to speak up — in which they respect others rights and freedoms detailed in the Universal Declaration of Human Rights — we should embrace their diverse opinions," athlete group Global Athlete told the New York Times. "Silencing athletes should never be tolerated, and to threaten them with removal from the Olympic Games is another sign of the imbalance of power between sport leaders and athletes."