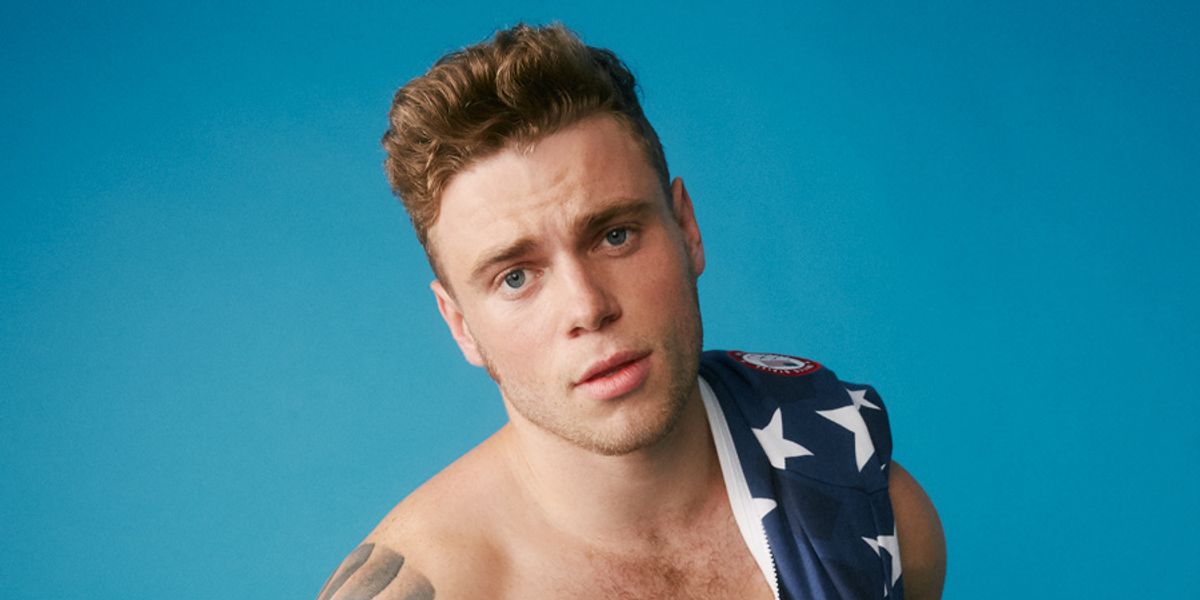 Olympic Winner Gus Kenworthy on Being Openly Gay in Sports

"I was a dark horse," Gus Kenworthy recalls of competing in his first Olympics back in 2014 in Sochi, Russia. The seven-time winner (2011-2017) of the Association of Freeskiing Professionals World Championships made his Olympic debut as a relative unknown, competing in what was then a brand-new sport for the Games — freestyle skiing men's slopestyle, an event in which athletes ski down a course that includes various obstacles (like rails and jumps) that can be incorporated into tricks.

Kenworthy took home the silver medal and became a fan favorite after rescuing a mother dog and her pups from euthanization in Russia. With his profile rising, Kenworthy didn't shy away from the limelight and instead made the brave decision to publicly come out as gay in a 2015 interview with ESPN The Magazine.

Now, as he gears up for the Winter Games in PyeongChang, South Korea and competes in Team USA's qualifiers, the events of the past four years have added both valuable opportunities and greater expectations. "I feel like I have a little bit more pressure, but I feel good," he says. "I want to do well for the [LGBT community] as much as I want to do well for my country. I want to prove to people that being gay in sports is no different from being straight in sports." Below, we chat with Gus about getting ready for the Games, LGBT issues in sports and why, despite our political tension, he's as proud as ever to represent Team USA.

Do you find that in preparing for this upcoming Olympics you're doing anything differently from when you were competing in your first Olympics in Sochi?

Yeah. Totally. I think having had that experience is beneficial and makes me feel comfortable because I know exactly what I'm getting into. I know how grueling the qualifying process is, I know how hard it is to get there -- I've done it. I've been through the ringer so I think that that's an advantage but also the last Olympics I had no expectations on me, I was a dark horse. I wasn't a medal favorite, I didn't have any sponsors or any Olympic brands trying to partner with me. Now with this Olympics I've signed with ten Olympic sponsors and I got the medal last time and a bunch of X-Games podiums since then and I came out so I have the LGBT community watching. I feel like I have a little bit more pressure but I feel good.

I just got back from a training camp in Switzerland and I learned a new trick that I'm hoping to put in my run on the half-pipe and I feel good about [it]. The U.S. has so many people who are so good -- it's really hard to make the team and we know that whoever we end up sending is going to be a force to be reckoned with. I just have my fingers crossed that it's me. I'm trying to be confident but I don't want to get ahead of myself.

In terms of being at the games, do you feel like you're more prepared to handle balancing all of the hoopla as well as the actual competition?

I think it's definitely a shock to get to the Olympics because there are so many other events going on -- there are so many people, so many countries, so much press -- there's just so many eyeballs on you. Even our next biggest event, which is the X-Games, is a three-day long event -- you go there on a Wednesday and you're training for a day or two on the course and then Friday, Saturday, Sunday are qualifying and finals and then it's over. And it's just skiing and snowboarding basically but you go to the Olympics and you have figure skaters and bobsledders and luge and skeleton and all these different sports and some sports you never, ever see or hear about or think about and then suddenly you're among all those athletes and you're around so many people from so many different countries and cultures and everything -- it's kind of a shock. Last time we were in Russia for two weeks before we even competed, which is unheard of in our schedule. There's a lot of sitting and waiting and you kind of have to figure out how to manage your time and not go crazy. But having done that, I'll feel more prepared to do that again.

How did you first get started in freeskiing?

I didn't have a ski family at all. My parents weren't ski bums or anything, they just randomly ended up in a ski town for my dad's job and so I started skiing when I was three years old. My mom was 39 years old and she was learning how to ski at the exact same time so we learned together. I have two older brothers and I wanted to do whatever they did and followed them around and so I just emulated them and we started seeing ski movies and pro skiers and watching contests likes the X-Games on TV and I just got hooked on it because they got hooked on it.

But it was actually never my thing where I wanted to be a pro skier. I wanted to be an actor, I wanted to be a cartoonist, I wanted to be a chef because my mom loves cooking. But skiing was always really special. And my group of friends were really die-hard about it and we all got better because we skied with each other and pushed each other. And then when I was 16 I sent a video online to a ski competition that was accepting video submissions and my video got a ton of attention and tons of views and I got a sponsor to reach out and ask if they could sponsor me because of it and so I signed a pro contract when I was 16 and it just started and I began traveling and flying and training and started taking it very seriously.

Were your parents surprised at all that they have a pro skier in their family?

I think they're a little shocked by it but they saw my potential.

Looking ahead to this year's games and thinking about this games compared to four years ago, obviously a lot has changed in the world and things have changed for you personally and your profile has risen. Does representing Team USA take on any extra meaning or any extra pressure now than it did before?

Our political climate right now is crazy and I don't agree with legislation that's being put in place, I don't agree with what's happening in our country, I don't agree with the president and his policies but I do think that the Olympics is an amazing time to put aside those things and all come together for sport. No, I don't stand for what's happening now in the U.S. but in a lot of ways, I'm still so proud to be an American -- it's my home and I'm so excited to represent the U.S. and I hope that people will be able to forget about everything that's going on and come together and watch the Olympics. In terms of the LGBT community, I want to do well for them as much as I want to do well for my country and I want to prove to people that being gay in sports is no different from being straight in sports. I want to be successful for that reason, especially because I feel like our liberties as LGBT people are threatened right now. I think I have the opportunity to maybe change opinions because representation and visibility is all that you can really have to combat homophobia and I think to see someone at the Olympics who is out and gay and proud and competing -- maybe it will change perceptions.

We're seeing more athletes speaking out against injustice, the most visible example being Colin Kaepernick and other NFL players. How do you feel about the tension between speaking out as an athlete with a platform vs. wanting to keep sports free of politics?

I don't want to distract from the sport or take away the focus from other athletes and I think that by protesting you kind of do that and I don't want to steal anyone else's thunder. But I also think it's so important as athletes to voice our opinion as it is for anyone who's a public figure. I think it's crucial. I think a lot of people say, "Athletes should stick to sports" and "Actors should stick to acting" but, no, everyone is affected by policies and everyone is affected by injustices and discrimination and so we need to be vocal about that and it's important. I think what Colin Kaepernick started is incredible and Muhammad Ali is still remembered as one of the greatest of all time but he did the exact same thing and got so much backlash during his time. In the moment people can't see it but in the future they'll realize how important it is what Colin and all the people in the NFL are doing and standing up and using what impact they have that's positive. I think people who say, "Well, this isn't an issue" it's like, "Well maybe this isn't an issue for you." That's more of a reason that it is an issue because you don't even see it.

People say it's disrespecting our country, it's disrespecting our troops but it's not. It's one of our amendment rights. It's what our troops are fighting for -- our freedom and our ability to be able to protest and stand up for what we believe in and speak up. So I don't think it's going at all against our country, I think it's exactly what should make us proud about this country. I'm so proud to be from a country where we have the opportunity to voice our opinions and feelings.