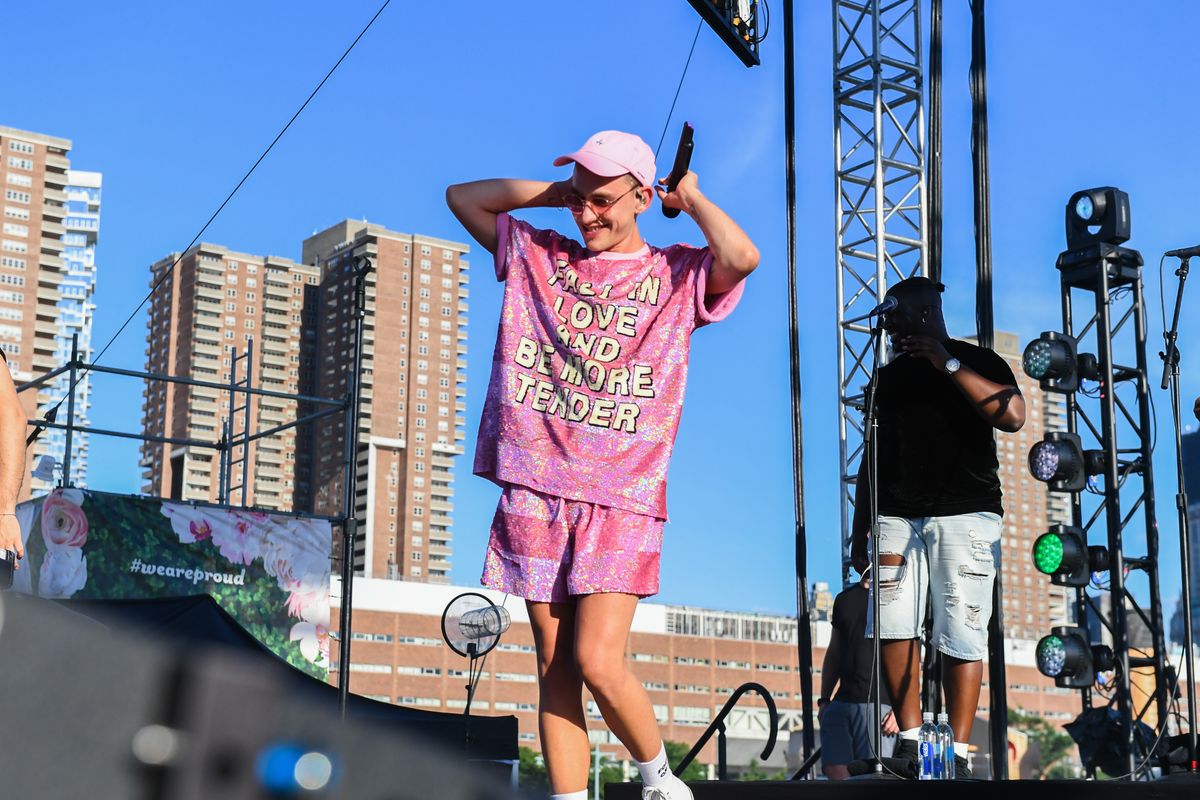 The openly gay artist previously opened up about his ongoing bouts with depression and anxiety in several interviews, most recently with the Evening Standard, where he said that bullying about his sexuality led him to self-harm and an eating disorder. "It was so hard at that time. I felt like I was going mad. I wasn't talking to anybody about what I was feeling. I was writing it all down. Everything felt hopeless," he said. "Bulimia and self-harm were a way of coping with that. Cutting was a coping mechanism. I was in a really dark place. It's still really difficult for me to talk about."

The film is part of the BBC's ongoing series Gay Brittania, which highlights "bold and provocative" LGBT programming to celebrate the 50th anniversary of The Sexual Offenses Act in 1967. The bill made consensual homosexual acts legal for men over the age of 21 in the United Kingdom.

The documentary is set to air in the UK tomorrow, July 18, on BBC 3. Luckily for US fans, the film will be posted tomorrow on BBC's iPlayer, but be sure to set up your VPNs correctly if you want to watch.