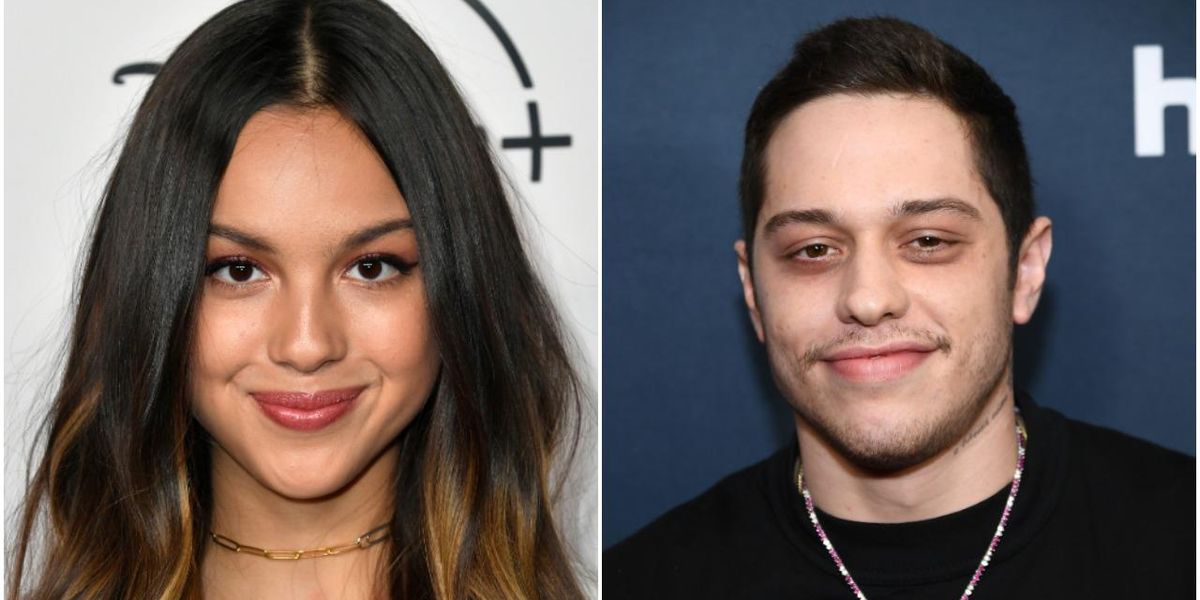 Olivia Rodrigo says that her "biggest celebrity crush" is none other than Pete Davidson.

Recently, the "Drivers License" singer sat down with Radio.com to talk about her meteoric rise to the top of the charts. And in the process, she also ended up mentioning the SNL skit about her song, which starred Davidson and Regé-Jean Page.

"I was absolutely floored. I was screaming," she said. "I think being made fun of and parodied on SNL is the biggest compliment in the whole world, so that was so surreal."

Not only that, but Rodrigo went on to say that the sketch was made extra special by the fact that "Pete Davidson, who is my biggest celebrity crush, was singing it and comparing me to Taylor Swift who is my idol."

On the topic of Taylor Swift, Rodrigo also added that she had recently gotten a letter from her idol after the success of "Drivers License."

"I got a letter from Taylor Swift last night, which is insane. I opened it for the first time, so I'm still reeling," she said. "Literally my tears are on it, my snot from sobbing my eyes out are on it. I love her."

Elsewhere in the interview, the star also addressed the love triangle speculation surrounding her song, which involves her rumored ex Joshua Bassett and Sabrina Carpenter. And while she didn't mention anyone by name, Rodrigo did end up indirectly referencing Carpenter — who was rumored to have written her song "Skin" in response to "Drivers License" — by revealing that she doesn't "know her at all."

"I think we've met once or twice in passing, but I've never had a conversation with her," she said before adding that she probably wouldn't be writing a response to "Skin."

"I don't think I could write a song that was meaningful or emotional about someone I don't know," Rodrigo explained. "But I think artists should be able to write about whatever they want to write about."