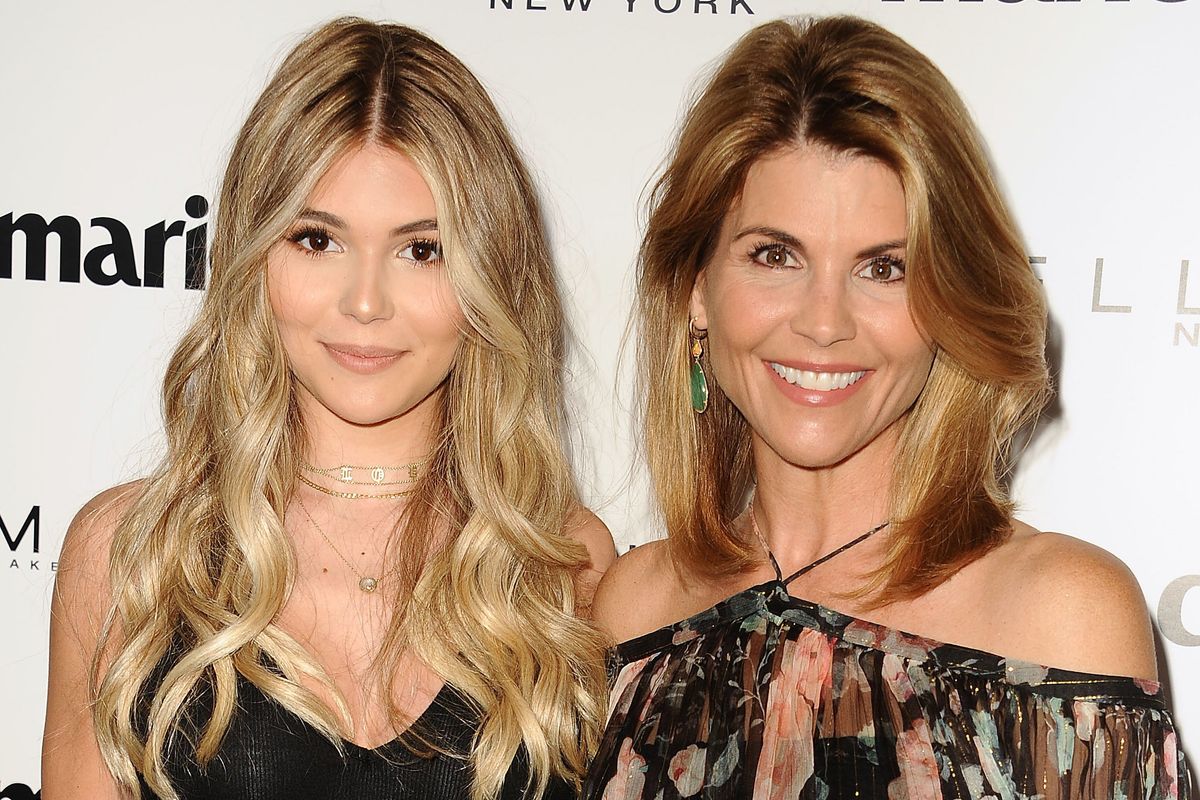 Olivia Jade Giannulli was spotted partying with YouTube influencers yesterday — days after her parents, Lori Loughlin and Mossimo Giannulli, pled not guilty to charges stemming from their involvement with the college admissions scandal.

Though Olivia Jade hasn't made any public appearances since the scandal broke, TMZ reports that she was at a party in Studio City, CA at YouTuber David Dobrik's house. And though she apparently asked everyone for the party to be a cellphone-free zone, given that she was in a room full of YouTubers, someone obviously recorded themselves.

The culprit? YouTuber Heath Hussar, who ended up posting a video on Instagram with Olivia in the background looking like she's having a pretty good time.

Meanwhile, earlier this week, her parents entered not guilty pleas for charges of mail fraud and money laundering conspiracy. If convicted, both Loughlin and Giannulli face up to 20 years in prison.

Sounds kind of like the the yacht situation part deux.