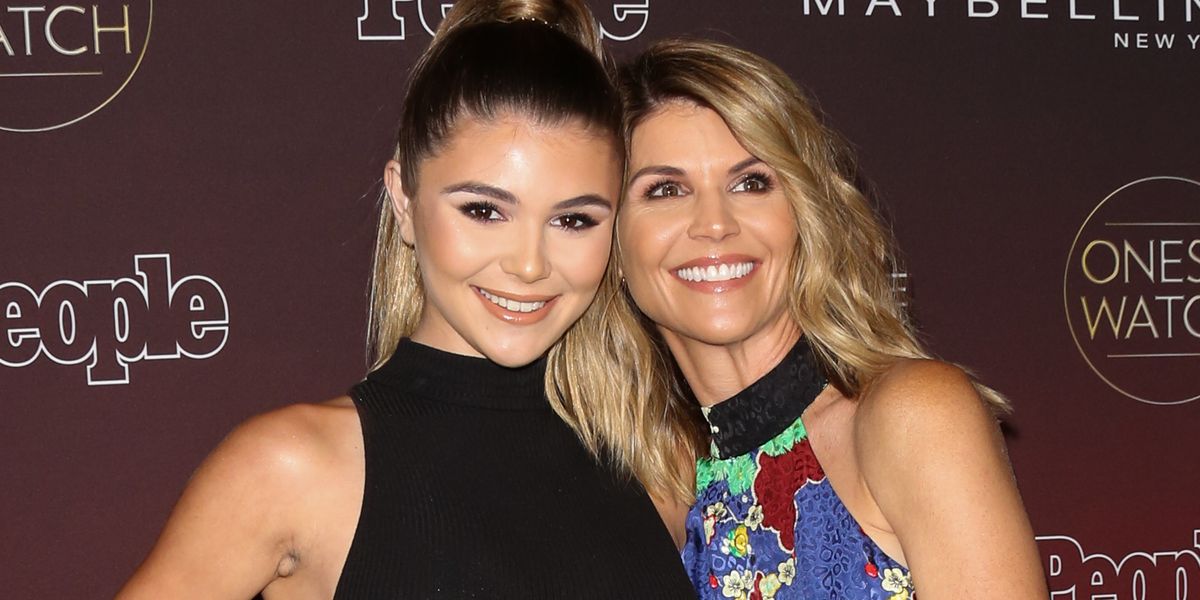 In addition to being "very upset" with her parents, it turns out Olivia Jade isn't even staying with them anymore, if a new report proves to be true.

According to US Weekly, the 19-year-old daughter of Full House star Lori Loughlin and fashion designer Mossimo Giannulli — who has been at the center of the nationwide college admissions scandal — is currently staying with her boyfriend, Jackson Guthy, in Malibu.

love these people 💓 birthday vlog went up on Tuesday 🤗 www.youtube.com/oliviajadebeauty

"She's not talking to her parents right now," a source tells the publication. "Olivia hasn't been out with friends. She is completely in hiding right now."

A second source also told the tabloid that Olivia hasn't forgiven her parents, who are accused of paying $500,000 in order to secure her and her sister's admission into USC, especially after the young influencer was dropped from her deals with Sephora, Estee Lauder, and TRESemmé. Not only that, but Olivia and sister Bella have both withdrawn from USC and face a potential ban from campus, though that probably matters less to her, as she reportedly didn't even want to go to college.

That said, the source also says that Olivia's friends are encouraging her to forgive her parents and not be mad at them. "They were just trying to do the best they could for her, but she doesn't listen," they continued. "Olivia feels she is the victim."

OLIVIA JADE X SEPHORA COLLECTION. A dream I never thought would be my reality. This is so surreal for me and my 14 year old self 😭😭❤️❤️ A huge thank you to #SephoraCollection for believing in me and allowing me to create a beautiful highlight palette. And to all my followers… thank you doesn’t even do it justice for how grateful I am. I love you forever. ❤️Olivia Jade @sc #BeautyUncomplicated #ad

And though Olivia appears to have gone dark on social, apparently she's still privately posting on Instagram for her close friends. As for her parents, they're currently out on a $1 million bond each and are due to appear in federal court on April 3.