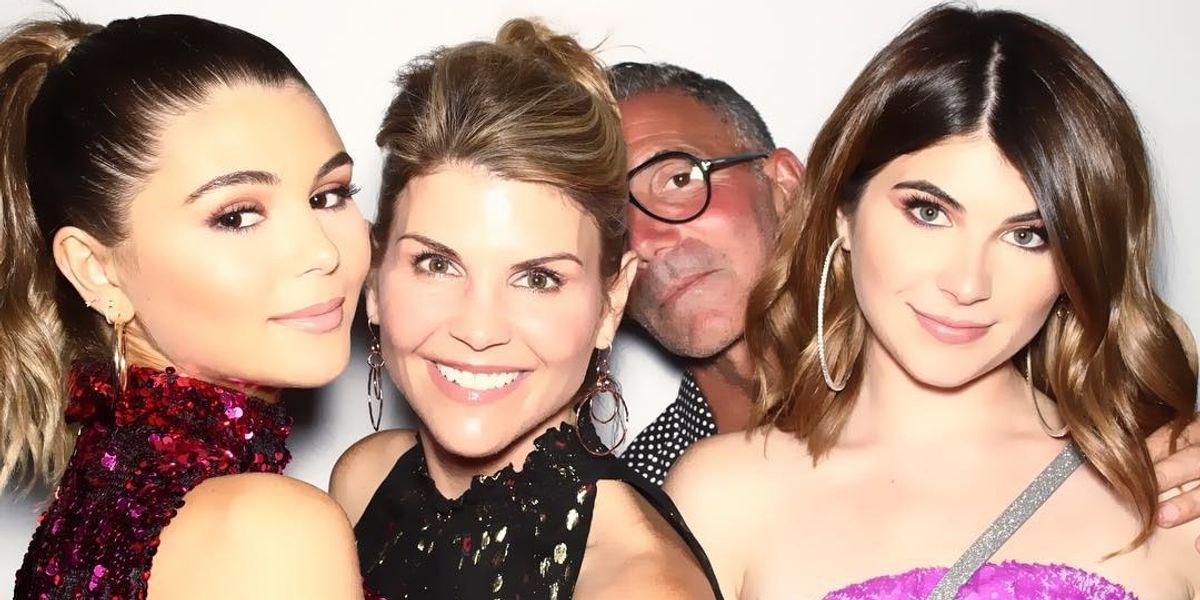 Did Olivia Jade Know What Her Parents Were Doing?

Olivia Jade Gianulli's YouTube celebrity and beauty blogger reputation has crumbled since the college admissions scandal involving her parents Lori Loughlin and Mossimo Giannulli — and many other rich and famous parents — broke last month. Olivia Jade, who didn't even want to attend the University of Southern California, is reportedly upset with her parents over everything that's transpired. But did she know what was going on when her parents allegedly bribed her way to college?

A new report from People suggests that she may have known more than we previously suspected. "Olivia is still distraught and embarrassed. She hasn't been home much," a source told the magazine."She is very angry with her parents. She just wants to figure out how she can rebuild her brand."

The source continued, "She would have never gone along with it if she thought this would happen. Her thing is that she trusted her parents."

Previously, it was reported by New York Magazine that court documents indicated that Loughlin and Giannulli "sent photos of their daughters on ergometers as part of their applications to University of Southern California, despite the fact that neither child had ever rowed competitively." And apparently, she was also CC'ed on emails with her parents and Rick Singer, who co-founded and operated the college counseling company.

As of now, Olivia Jade is laying low. She has not been seen at USC, although the school administration has said that she and her sister Isabella are still enrolled in the university. She also has not posted anything recently on Instagram, or her YouTube channel. But People's anonymous source predicts that she will definitely make a comeback.

"Olivia had her own life and business. She was always very driven and worked very hard to achieve what she had. This was her passion," the source told People. "She was honest about that she didn't really care about school. But her business, she was always very serious about. She most certainly will find a way to start over again. She isn't someone that gives up easily."