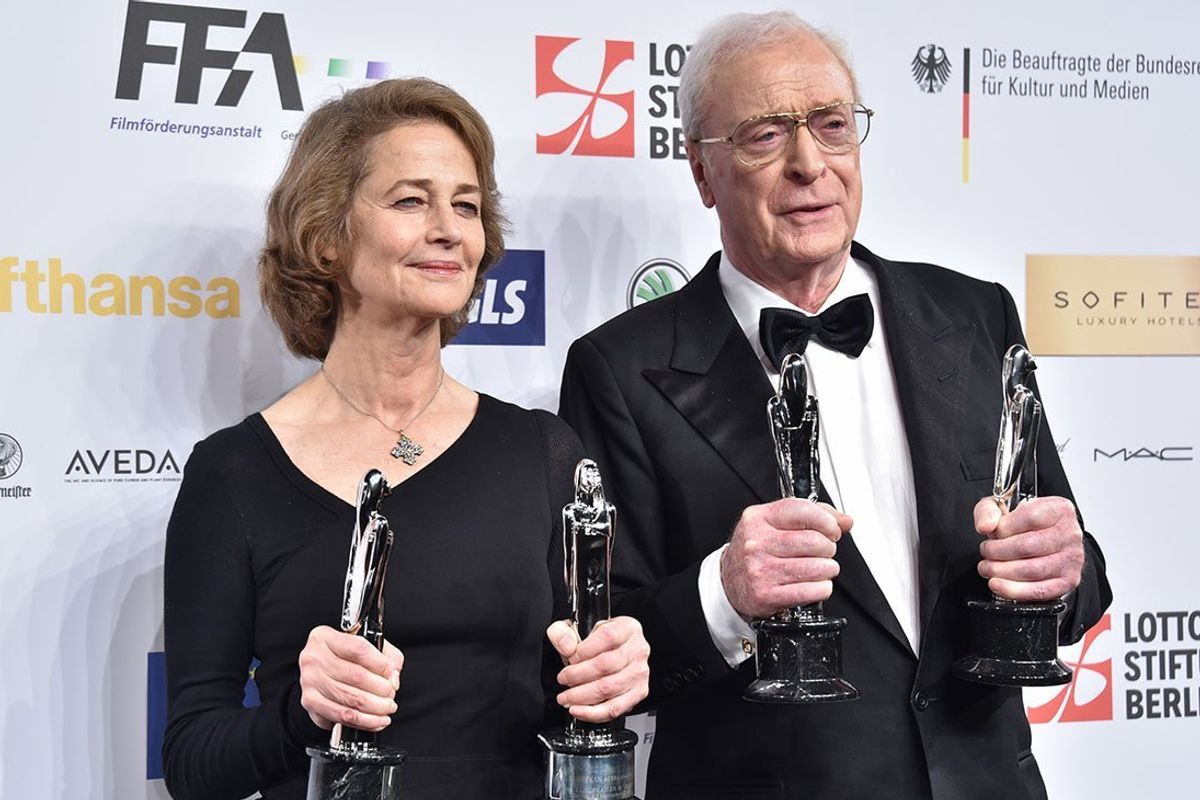 Old White Actors Insert Themselves Into The Oscars Whitewashing Debate

You know what's the worst way to respond to backlash especially when it comes to lack of racial representation? Look no further for strong examples of white privilege than in ye oldes Michael Caine and Charlotte Rampling, who have responded to the whitewashing of this year's Oscars by invoking the "anti-white racism" and "race isn't a factor" arguments.

Earlier today Sir Michael Caine went on BBC to urge black actors to be "patient" over their lack of nominations, saying that race shouldn't be a factor and invoking the whole "it's 100% a merit" thing -- ignoring the fact that the whitewashing of the Oscars is merely symptomatic of a larger problem in media. The one in which roles, jobs and other opportunities for people of color just simply don't exist to begin with.

But, then again, Caine's just speaking from his own experience as a white guy in the industry.

"Of course it will come. It took me years to get an Oscar, years," he said. "The best thing about it is you don't have to go. Especially the Oscars, 24 hours on an airplane and I've got to sit there clapping [for] Leonardo DiCaprio." Sitting on a plane! For 24 hours! In first class! Totally comparable to a lifetime of being shut out and denied the equal opportunity to prove yourself, right?

And as if things couldn't get more excruciatingly tone deaf, best actress nominee Charlotte Rampling chimed in with even more fuckery. In an interview today with French radio network Europe 1, Rampling too disregarded the Oscar's lack of diversity with a "it's racist to white people" quip when asked about black actors like Spike Lee and Will and Jada Smith boycotting this year's ceremony.

"Maybe black actors don't deserve to be on the final stretch?" she mused, adding later that it's silly to "classify people." You know, since the world has clearly been full of equal opportunities for you, girl.

Whatever, you guys. If you need us, we'll be drinking whisky in a dark room for the rest of the day.