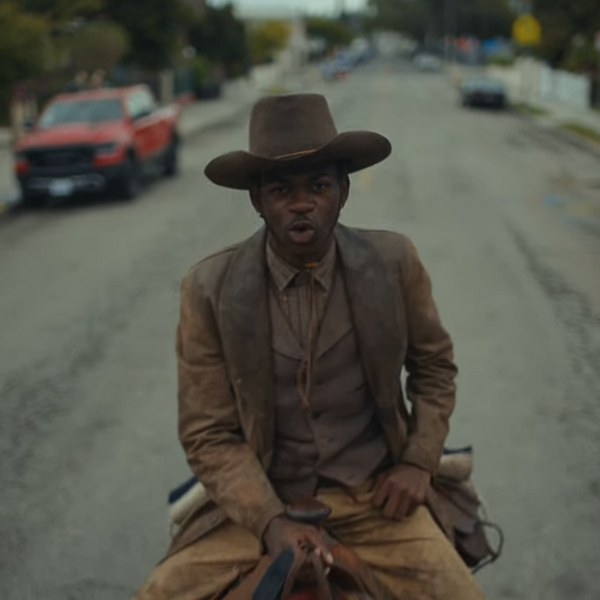 "Old Town Road" has become a global cultural event, uniting everyone in the name of genreless music and yeehaw. The long-awaited visual arrived today and it's more perfect than we ever could have imagined.

Related | How Yeehaw Took Over The Internet

In the short movie, Lil Nas X is an outlaw on the run who falls through a time-machine portal while fleeing some gun-slinging white southerners. He emerges in the same spot in 2019, now a Black suburban neighborhood, and brings Yeehaw to the people. Unsurprisingly, his charm and comedic gifts are just as evident on-screen as they are in his music and on his prolific Twitter. Plus, Billy Ray Cyrus, Chris Rock, Haha Davis, Rico Nasty, Diplo, Jozzy, Young Kio, and Vince Staples all join in on the fun in absurdly perfect roles.

Diplo plays a washboard. Vince pays up when Lil Nas X beats him in a stallion versus car street race. Rico is a bored teen worker overseeing a bingo game at a retirement home. Basically every single scene is a joyride.

As a whole, it's genuinely a comedic masterpiece, from the dialogue to the costumes, that gets to the heart of the humor of yeehaw. No offense to our girl, but it does take the cake over North West's DIY version. It's so good that people are already calling for a feature length telling of "Old Town Road."