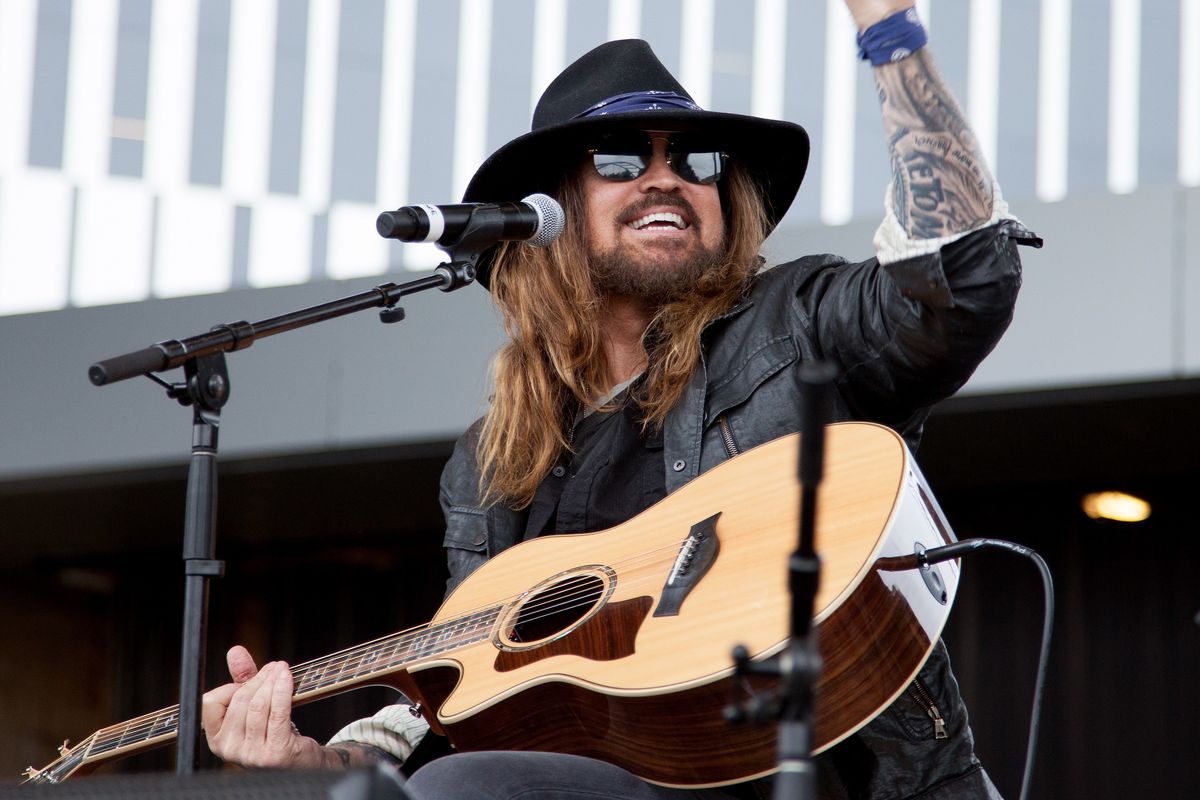 When "Old Town Road" went viral on TikTok, the nation collectively yelled its longest Yeehaw ever. Country music aesthetics are everywhere right now, and by taking trap music out west Lil Nas X had successfully turned meme into hit. His song crossed over into the mainstream, then Billboard promptly ruined everything by removing it from country music charts. The conversation immediately turned sour: Was Lil Nas X not white enough to wear a cowboy hat? (Billboard says the decision was nothing to do with race).

One country veteran has stood by "Old Town Road," and thank God. Billy Ray Cyrus reached out to Lil Nas X over Twitter when the controversy hit, telling him to take it as a compliment. Now he's remixed the track, lending a twangy verse about guitars and sports cars. The song already included a sample from banjo-heavy Nine Inch Nails track "34 Ghosts IV."

Did "Old Town Road" require Billy Ray's stamp of approval in order to remain credible? No. It's not even the first trap song to go country — as Lil Nas X himself has stated. Does this remix slap incredibly hard? Yes. Seriously. It is so good.

To all the hardcore Billy Ray fans out there hearing "Old Town Road" for the first time, a little lady from Texas named Kacey Musgraves said it best: Welcome to the yee yee club, bitch.