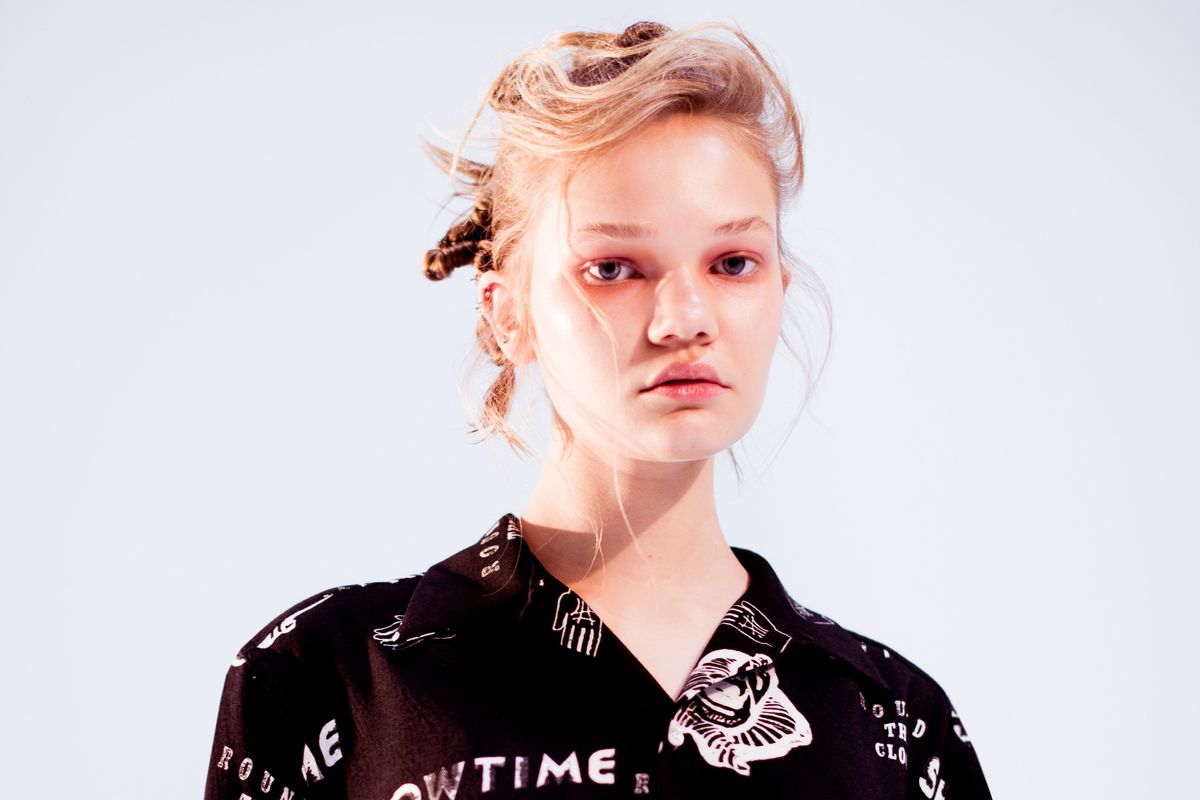 In the world of contemporary streetwear, there aren't many brands diametrically opposed to the sort of straight-forward minimalism pushed forth by the likes of Yeezy and Off-White. In many ways, it's become a sartorial movement more concerned with intellectualized irony rather than irreverent playfulness, but this is also where the folks behind the mischievous, LA-based Ok, Ballet come in.

Given its name though, the immediate assumption surrounding it may be one of pomp and circumstance. However, Bortz says that the name is more of a nod to "dance's ability to tell stories through movement" — something he wanted to mimic via his designs. And while that may feel like an abstract concept to some, examining Ballet's oeuvre reveals an underlying reliance on the oblique and inherently inexplicable. After all, as a brand inspired by the sort of outsider art and culture that lays just slightly beyond mainstream pop conscious, the world of Ballet feels like a pliable place where the love of the oddball and eccentric trumps tradition and rationalization.

And for further proof, look no further than their inaugural Fall 2019 collection, which is all bold patterns, clashing prints, and otherworldly symbolism — a theatrical assemblage of items imbued with a playful nod to the mystic and macabre.

That said, much of Ballet's current line-up is highly reminiscent of the golden era of the traveling three-ring circus, something fueled by Bortz's love of Tim Burton's 2003 dreamy fantasy drama, Big Fish.

"I collect circus-related items and vintage clowns so, naturally, they worked their way into our aesthetic over time," Bortz explains. "[But] I collect inspiration from all over really. I've collected a lot of clown related memorabilia — vintage clown suits, Pierrot porcelain figures, circus books." He later adds, "A lot of these things have a playful aesthetic that I've channeled into the clothes," before pointing toward a polka-dot printed clown suit that inspired the button-down shirts in the collection.

That said, Bortz is no new entry to the fashion world. An accomplished, in-demand fashion and editorial photographer with high-profile clientele such as A$AP Mob and Vince Staples, he eventually got to a point where he wanted to move away from shooting. But why exactly?

"I was just kind of sick of doing what other people tell me to do," he explains. "It's not in a 'problem with authority' way, but I don't want anyone else to tell me how to do art. In photography though, it's very easy for people to overlook photographers as artists."

His solution has been to return to designing clothes — something he's done sporadically since high school to varying degrees of success. Initially, Ballet itself began with Bortz designing and making "random t-shirts and hoodies here and there" in his free time with the intention of eventually turning it into something bigger.

However, as someone who admits that "he sucks at business," Bortz wasn't sure what to do when he was flooded with inquiries about where to acquire Ballet pieces. If anything, he was baffled by the warm reception, wondering why "everyone wanted it so bad," if they "didn't even know what it was."

"I was like, 'I don't even know what this is,'" he says, before noting that he was daunted by the need for funding and a partner to help him scale. Thankfully though, both of these things came through a friend of a friend named Morgan Freed who, from the get-go, "kept asking" for one of Bortz's Ballet logo hoodies.

"But every time I saw him, I was like, 'I don't have any fucking money,' but Morgan was like, 'I [got it],'" Bortz says of his partner — who now handles Ballet's operations — before joking, "He's my sugar daddy."

Enamored by the simplistic aesthetic, Freed says, for him, the "font and the word just hit in a way I had never seen before." And he wasn't the only one. As soon as the duo began rolling out pieces, they were snatched up almost immediately. In fact, Freed said their "first collection sold out before I could save any for my friends" — something that's quite the rarity for an upstart brand.

That said, within an increasingly crowded streetwear market, where do they envision themselves going from here? Well, it's less about positioning their business as something like the next Supreme and more about continuing to tap into the flamboyant irreverence that birthed the brand in the first place. Stating that his only real goal is to create "fun stuff for people to wear," the only thing Bortz seems to know for sure is that he wants to be as far removed from the "minimalism everyone's doing" as possible.

In that vein, Bortz hints that his moodboard will always be a little further outside the realm of what other brands would consider, as the "continuity of the brand will only make sense through a world of fantasy and folk tales and lore."

"Without giving too much away, our brand is always going to stay within the realm of fantasy whether that be the circus or magic or wizards. Not Harry Potter wizards, like big hat wizards," Bortz says, before throwing out all sorts of other potential aesthetic inspirations, ranging from moths to mages. "It may seem kinda all over the place until you put it in that sort of spectrum... Like, anything you'd see in an old folk tale or fantasy, all that kind of shit.."

And while they've already experienced a sold-out initial run of their clothing, Ballet has loftier ambitions that reach far beyond the fitting room. According to Bortz, he eventually envisions the brand as an incubator for the other creative endeavors, whether they be zines, art shows, or short films. Not only that, but he says he'd love to create a "super immersive, really bizarre store" at some point.

"Something that kind of scares people, like having a hall of funny mirrors or a haunted house," he pauses for a moment, before concluding, "Because everyone else just does boring shit now."