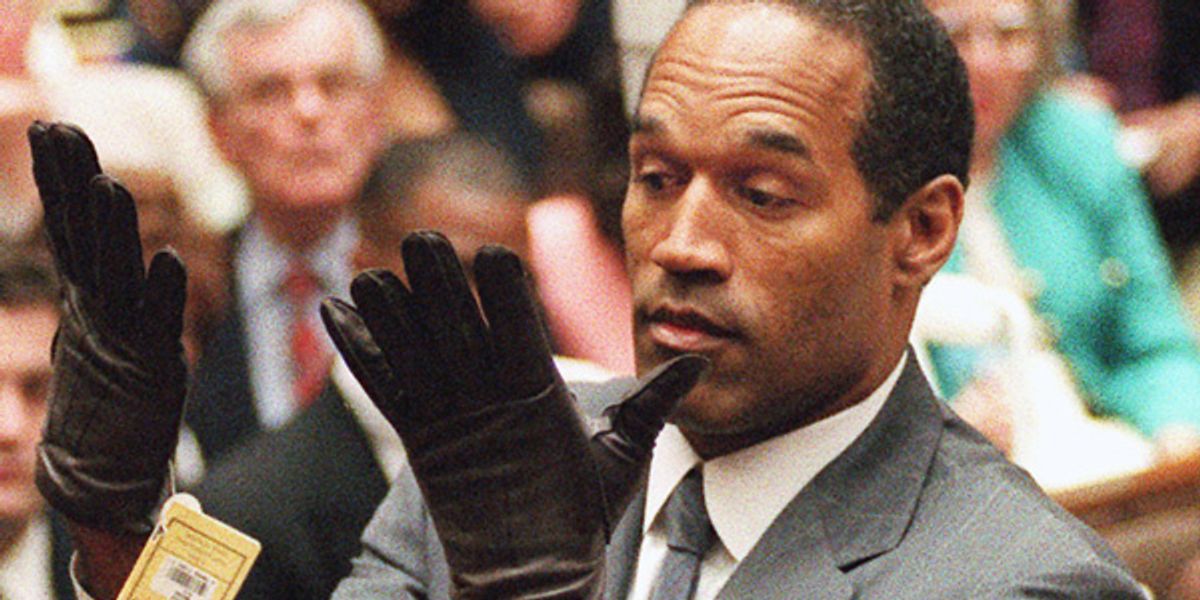 It's been 22 years since O.J. brutally murdered his ex-wife Nicole Brown Simpson--a crime that (in case you didn't know!!!!!!!!!) he was acquitted for.

Now, the Los Angeles Police Department is checking out that knife.

What knife, you ask?

The folding buck knife that a construction worker found buried under the former Simpson estate, when the home was being demolished in 1998.

That knife may or may have been used in slaughtering Nicole, as well as her friend Ron Goldman.

Apparently, the worker handed off the weapon to an off-duty cop, who KEPT it at his home for many years.

Adding insult to injury, when the cop retired in January of this year, he was planning to frame the knife of his wall at home, and asked for the Department Record number of the Simpson murders, which he was hoping to engrave onto the frame.

Thankfully, the knife is out of his grave-robbing hands, and is being examined for DNA evidence or blood residue.

Because I'm sure that'll change things!

Hopefully this won't be an episode B plot on next season of Keeping Up with the Kardashians.