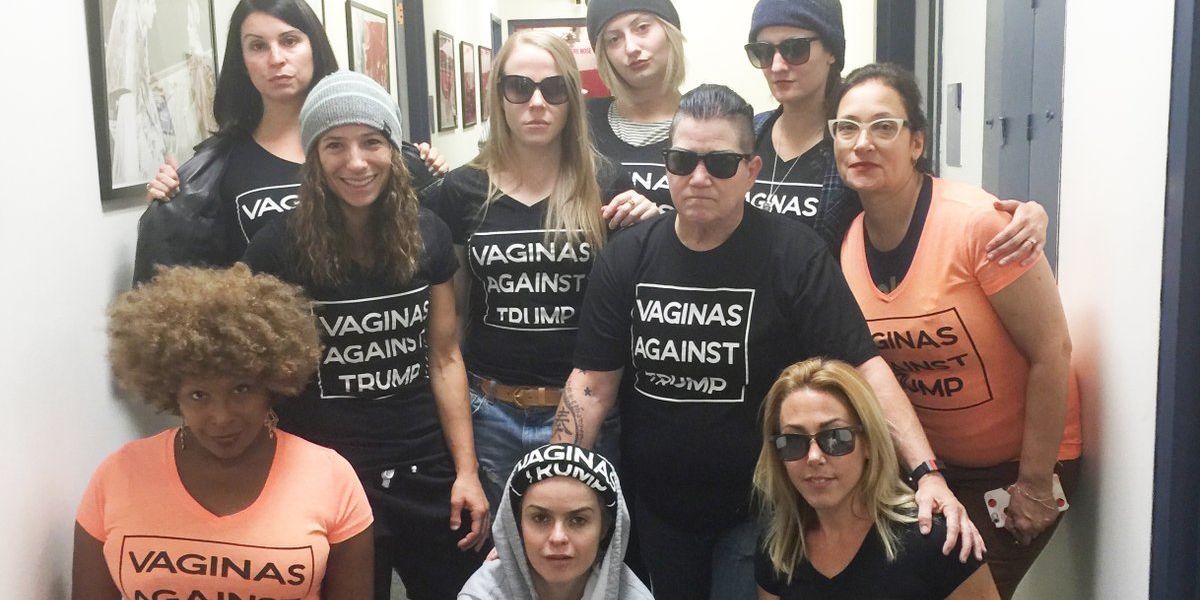 The Cast of OITNB Join the Anti-Trump Crew

As Donald Trump continues to sink his campaign ever further by attacking the women who accuse him of sexual assault or deploring the appearance of his opponent, plenty of people have come out to voice their disdain for the Republican candidate.

Yesterday, the cast of Orange Is the New Black joined the anti-Trump posse, with comedian Lea Delaria tweeting a photo of members of the show wearing "Vaginas Against Trump" shirts (in orange and black, natch). "CAST & CREW OF OITNB SAYS FUCK YOU TRUMP," she wrote in the caption.

It probably comes as no surprise that a heavily-female cast and crew telling the stories of women--minorities, lesbians, and privileged ones alike--is not in favor of a misogynist, racist political candidate, but every voice helps.