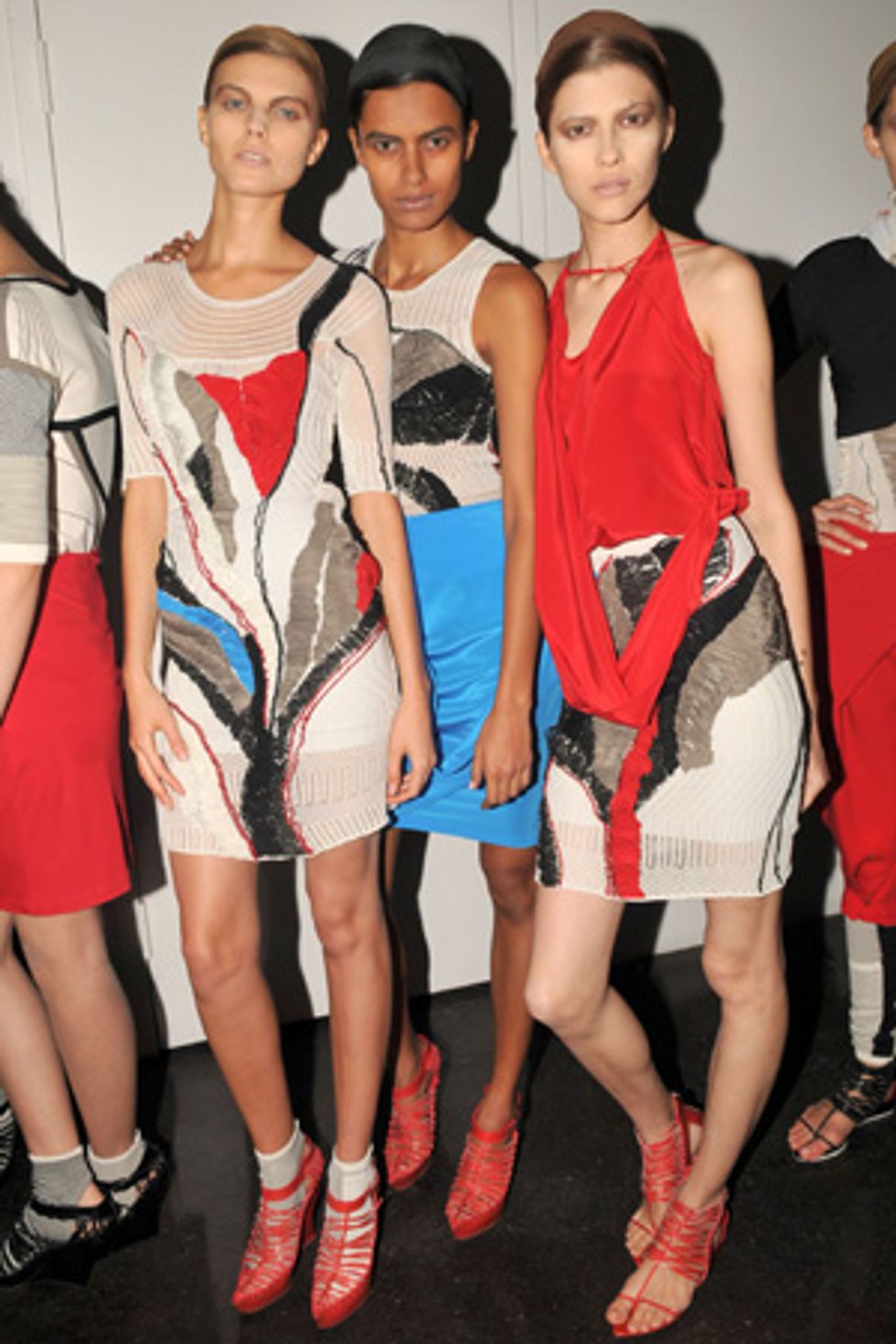 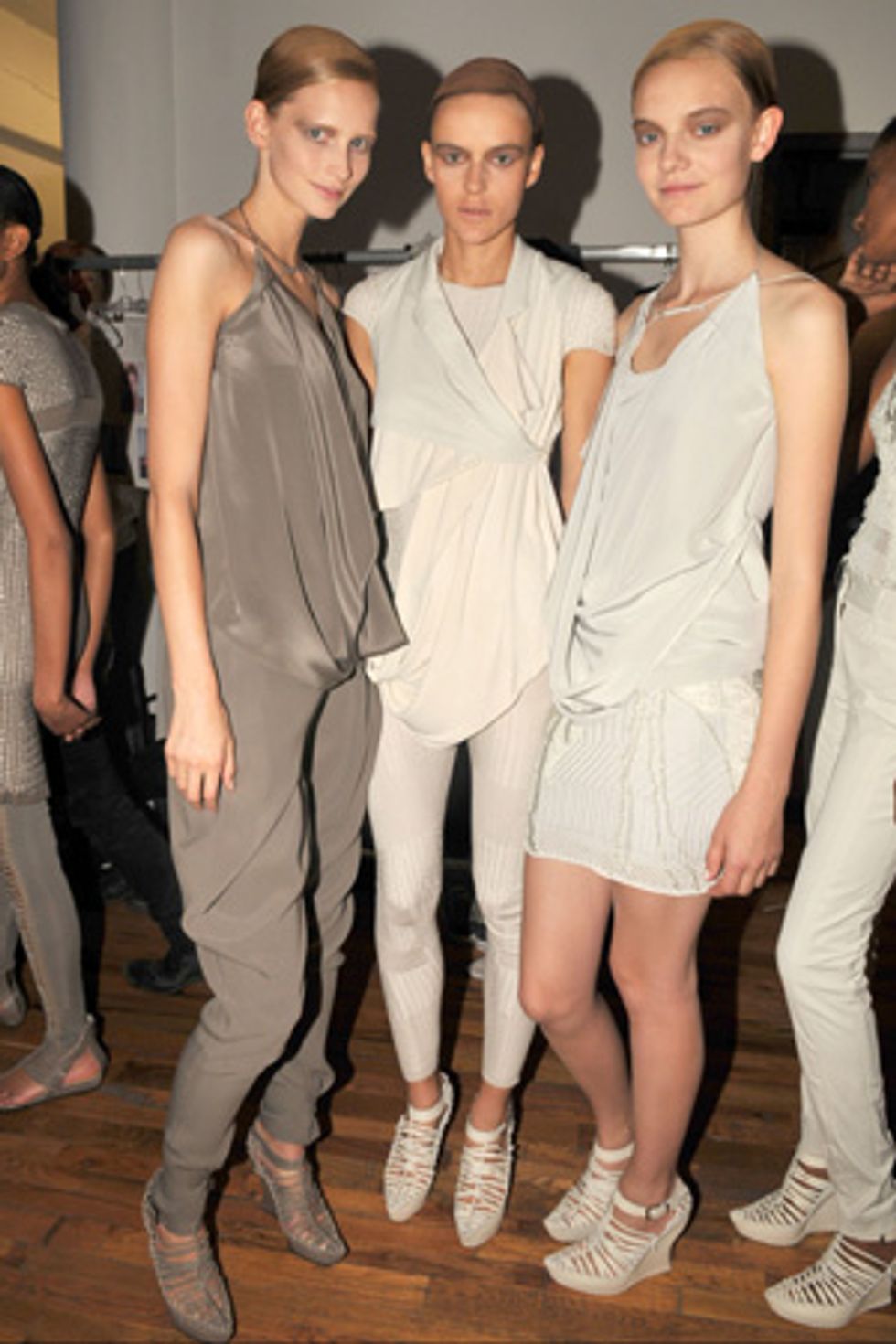 Here at PAPER, we've been keeping our eye on Ohne Titel, the line designed by Flora Gill and Alexa Adams, two talented designers who met at Parsons and later worked together at Karl Lagerfeld. They've grown organically over the past few seasons and avoided the pitfalls that often befall young designers who have some instant success and then bite off more than they can chew in terms of doing big shows with dozens of looks in huge venues. The OT girls have kept things manageable, and this season it certainly paid off in what was certainly their best show to date. It was just over 20 looks which is teeny-tiny by fashion standards but the show was brilliantly edited and many other designers can take a lesson from Ohne Titel's restraint. The patterns were graphic and painterly in very 'right now' color combinations of gray, white, beige, blue and red. For the more demure customer, there are drapey pieces in gun metal gray and dusty beige. The silhouettes were very modern without being intimidating or unwearable. 'Intellectual' clothes often fall into a trap of being unsexy, Marni being the prime example (and that's not an insult, Marni is magic!) -- but this collection feels intelligent AND alluring. Great show.