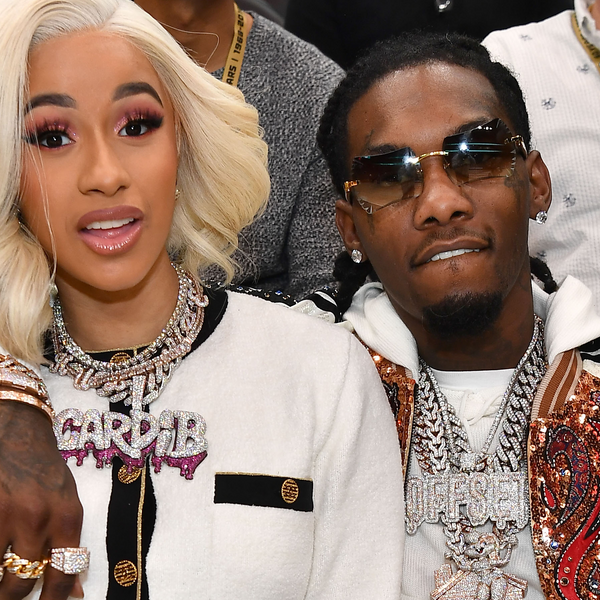 Offset Speaks Out About His Split with Cardi B

On Wednesday, Cardi B announced her split from husband, Migos rapper Offset. "It's nobody's fault, I guess we grew out of love," Cardi said in a since-deleted Instagram post. "It might take some time to get a divorce but I've always got a lot of love because he's my daughter's father." And in the post, Offset left a defeated comment, "Y'all won." But now, it seems like Kulture's dad has some more fight left in him.

Comments By Celebs on Instagram: “For lack of a better word, SHOOK. #CommentsByCelebs”

On Sunday, Offset tweeted, "FUCK YALL I MISS CARDI." Clearly, Cardi's public display of their fallout has affected him.

Since the announcement of their potential divorce, Cardi has also switched up the lyrics to her Migos and Nicki Minaj collab "Motorsport." During a performance at Chicago's Jingle Bash on Saturday night, she sang, "I turn Offset on. I told him the other day we should get divorced."

Cardi B remixed the lyrics to ‘Motor Sport’ to say “I turn Offset on. I told him the other day we should get divorced” 😂🤣 pic.twitter.com/tIeK8XXCmK

Bashers are beginning to accuse Queen Cardi of setting up this relationship with the Migos rapper as a mere publicity stunt, but the "Bodak Yellow" hitmaker addressed these rumors through Instagram live, as captured by a video obtained by TMZ. "We never did anything for fucking publicity bitch," she said. "You think I got fucking pregnant, could've ruined my career for publicity, you dumbasses."

Again, Cardi reiterates that they just had a falling out and that they're "two very different people." Now, her main focus is caring for their daughter Kulture. But will Offset's online declaration (of love?) change anything? We'll have to wait and see.