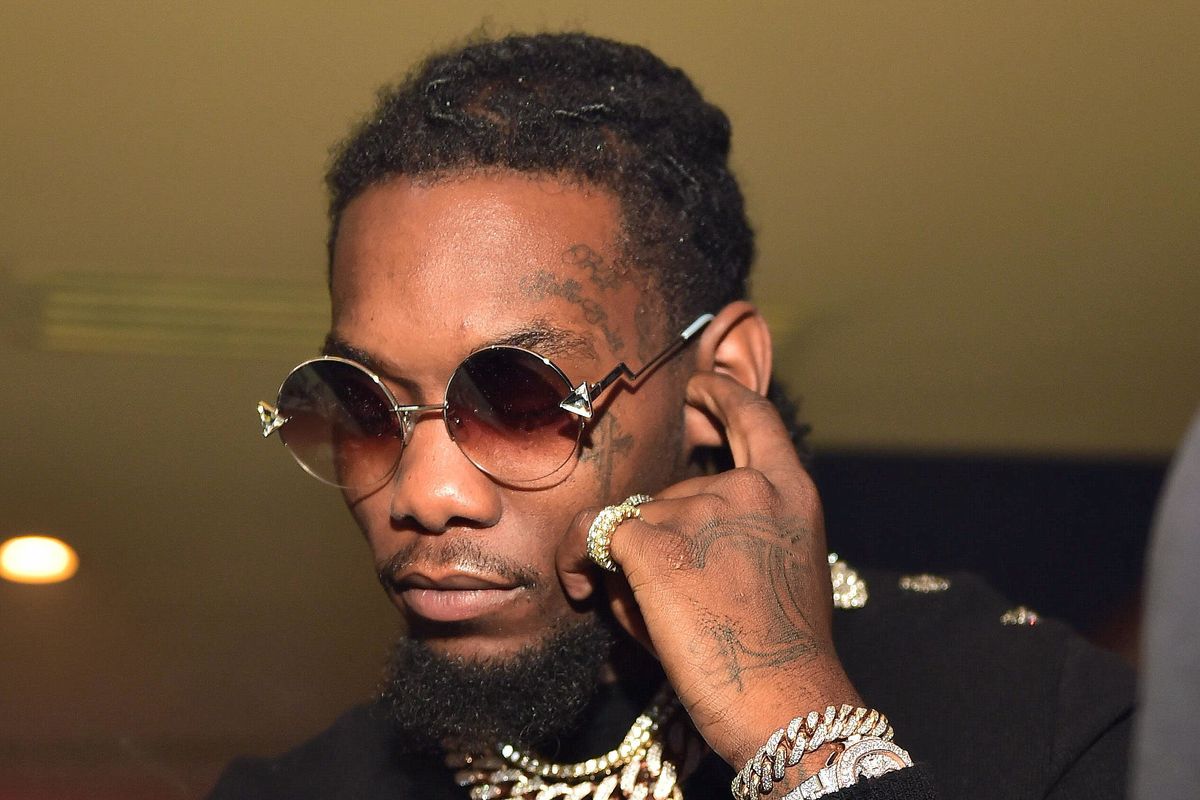 UPDATED 9:45 EST: Offset has posted a full apology on his Instagram account for his apparently homophobic rhetoric, explaining to fans when he wrote the line "I do not vibe with queers" he was in fact referring to "strange" or "odd" people.

Uploading a screenshot of the google definition for "queer," Offset claimed that he has always been comfortable with the LGBTQ community — despite previous comments, actions and this latest lyric indicating otherwise. He also mentioned his "passion for fashion," like any good Bratz doll who knows her place, had prompted him to interact with many homosexual people. He then rounded the statement off with, "I'm offended I offended anybody," which is certainly a new one.

"I didn't write the line about gay people," Offset said in the post. "I have said before since these issues before [sic] that I got love for all people. My passion for fashion has lead me to a lot of gay people around me who I have mad respect for and we are very cool so I'm not in a place where I'm hating like that."

He continued: "When I wrote that I was thinking of words that could rhyme with the others (here, lear, solitaire, bear) and I saw this definition about her having a queer feeling she was being watched and it fit what I was thinking about a stalker creepy paparazzi situation. To me that "queer" I don't mean someone who's gay. I mean lame people who film you, post it and stalk you. Lingo that means strange or odd. I'm sorry. I apologize. I'm offended I offended anybody."

While we hate to be a broken record, this is the same rapper who claimed the "world is fucked up" for backing fellow Atlanta artist iLoveMakonnen after he came out. Nevertheless, Offset's "passion for fashion" has turned him into an LGBTQ advocate and we are still using the 1950s definition of "queer," so all is well, I suppose.

Oh no, no, no. Less than a year after Migos were accused of refusing to perform alongside drag queens during Katy Perry's "Bon Appetit" SNL performance, and just months after Offset said "the world is fucked up" for supporting rapper iLoveMakonnen when he came out as gay, Offset has once again been rightfully skewered for his blatant homophobia.

Related | Migos Say Their Homophobic Comments Were Taken Out of Context

In his feature on YFN Lucci's latest track, "Boss Life," Offset raps "I do not vibe with queers" (quickly followed by: "I have the heart of bear" — okay daddy, we see you), prompting instant backlash. Many were quick to point out that Migos are known for their penchant for clothes made by luxury fashion houses, most of which are led by queers — lots and lots of queers. Offset's fiancé, fellow rapper Cardi B, also has a significant LGBTQ fan base.

In response, Offset wrote on his Instagram story that he doesn't "descriminate [sic] & I don't speak on politics or sexuality," and that he plans to explain his intended meaning soon.

Much of Black Twitter rushed to Offset's defense, making valid points about how Offset, like many other hip-hop artists, makes derogatory comments about women and murdering their peers in their raps. Others highlighted when other celebrities were publicly homophobic, like beloved R&B singer SZA, who made shockingly unfortunate comments about gay, black men.

It's difficult to take these kind of lyrics with a grain of salt considering Migos' aforementioned history with the LGBTQ community. Of course, the next question from fans is how exactly Cardi B will respond, and when this type of homophobic behavior in the music industry will finally come to an end.

But in the meantime, this meme speaks volumes: