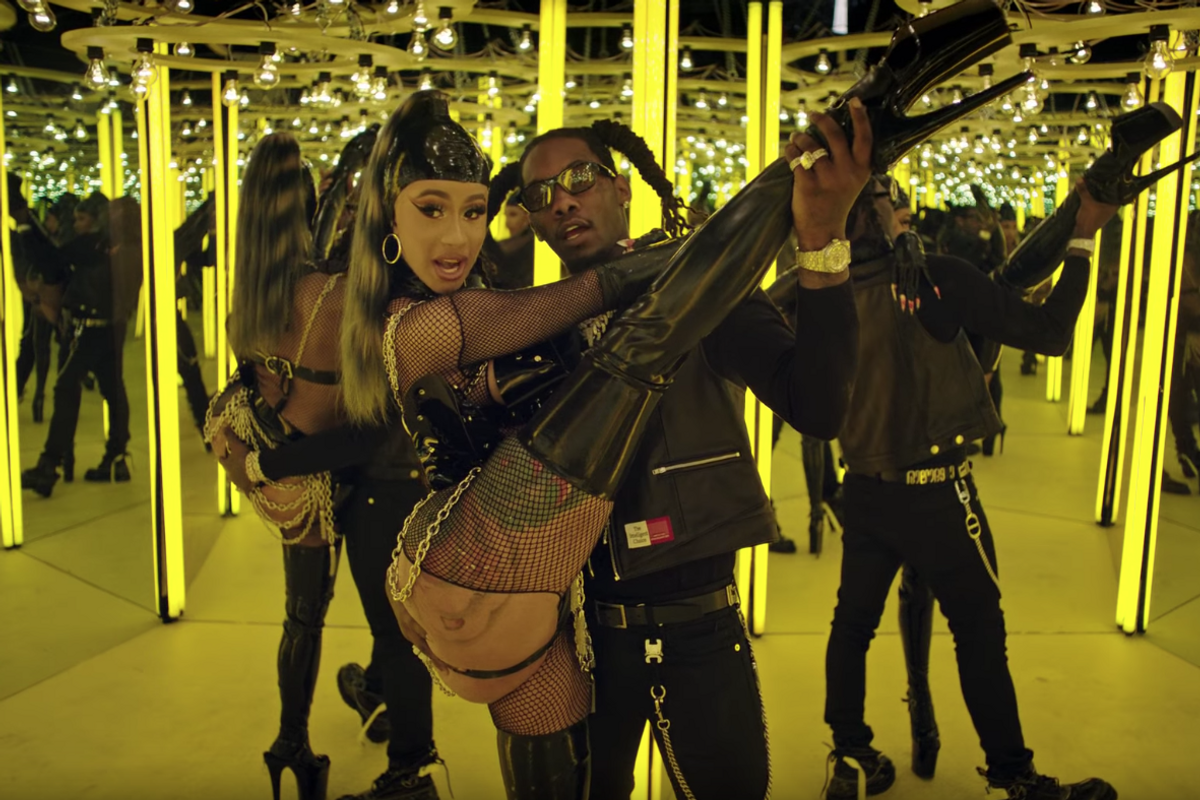 Cardi B can do anything she wants. That includes make a lemon-flavored, steamy video for her concert-crashing, soon-to-be-ex-husband and current-boyfriend, who much of her BardiGang would murder for his sins, given the chance — and slaughter the performance so violently that we're all watching it on repeat in spite of ourselves. So she did! She and Offset have dropped an apparently '90s hip-hop inspired visual for his Father of 4 track "Clout," and it's all sex, style and citrus.

"Clout" is a great song, the best off Offset's new album. For the occasion, he dons undeniably adorable pigtails, takes a chainsaw to a cake, does a convincing Elvis pelvic thrust ("I took the crown off the king like Mike did Elvis"), but if we're being honest, the whole video is just a tribute to Cardi B.

Cardi delivers her lethal verse (which takes shots at our craft: "should run a whole blog at this rate/ They using my name for clickbait") buried mermaid-style in a mountain of lemons wearing long yellow pigtails, because she can. Even all the Offset-skeptics out there can't deny the couple's chemistry, as Cardi twerks on her man five different ways. In a room full of mirrors. In full-on dominatrix gear and thigh-high 10-inch pleasers, because she can. She puts herself and Offset on full, NSFW display as the reigning hip-hop power couple, after announcing their divorce, publicly grieving, and then changing her mind, because she can.