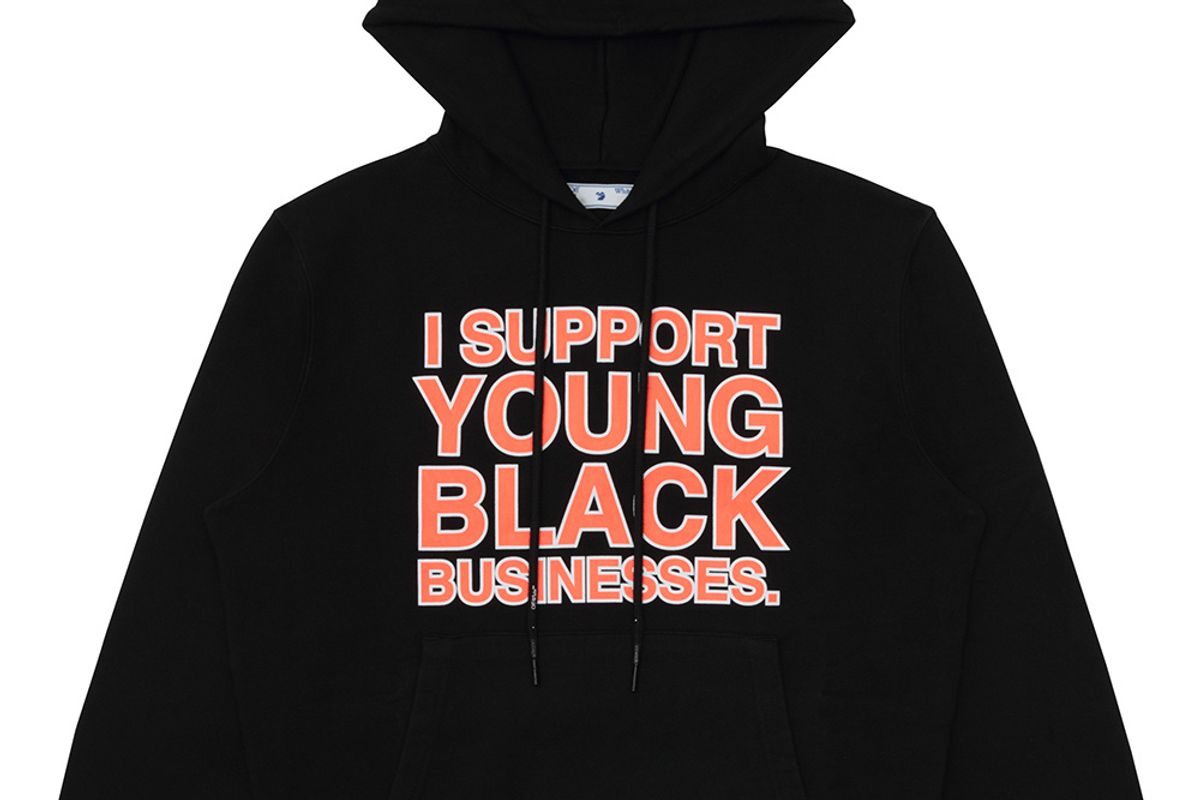 Fashion has been increasingly vocal about giving back the past few months — and Virgil Abloh is continuing the industry's initiative to "pay it forward." The renowned streetwear designer behind Louis Vuitton's menswear and Off-White has just dropped the first products for his new project, "I Support Young Black Businesses."

Under Off-White, "I Support Young Black Businesses" aims to raise money on a quarterly basis for organizations that support the Black community. Abloh has chosen Chicago CRED, which prioritizes reduced gun violence, as the program's first partner this season. The pairing is a full-circle moment of sorts, as Chicago was where Abloh's first ventures into design originated before he launched his career creatively directing with Kanye West.

As part of the program, a capsule of branded T-shirts and hoodies has been released online. All of the merchandise's proceeds will go to CRED. The drop contains black and white hoodies and T-shirts with oversized "I Support Young Black Businesses" logos and industrial detailing.

The capsule might seem sudden, but isn't unfamiliar. Many already saw the line during the menswear shows at Paris Fashion Week this January. Though they were designed in 2019, these pieces debuted on tap dancer Cartier Williams at Off-White's Fall 2020 Menswear show, solidifying their future-grail status.