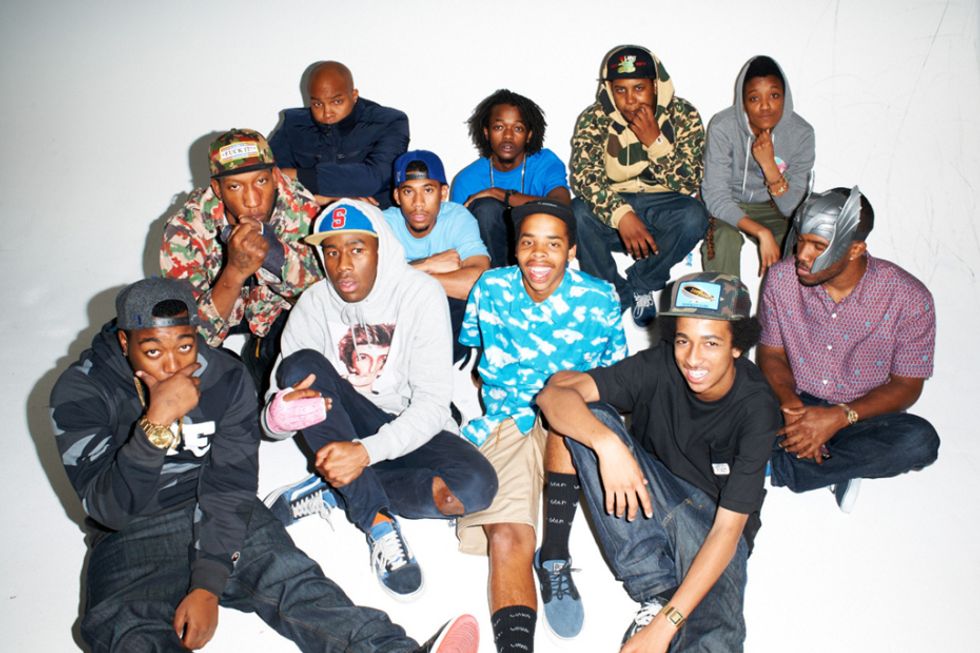 Odd Future Is Probably Done For -- and That's Okay

by Eric Thurm
PAPERMAG
Shock-rap collective Odd Future doesn't really exist anymore in any form but name -- its most successful member, Frank Ocean, hasn't collaborated with anyone in the group for a while, nor have Earl Sweatshirt or leader Tyler, the Creator. But, confirming the inevitable for fans hoping for another group mixtape, Tyler seemed to indicate on Twitter last night that OF was "no more."

although its no more, those 7 letters are forever.