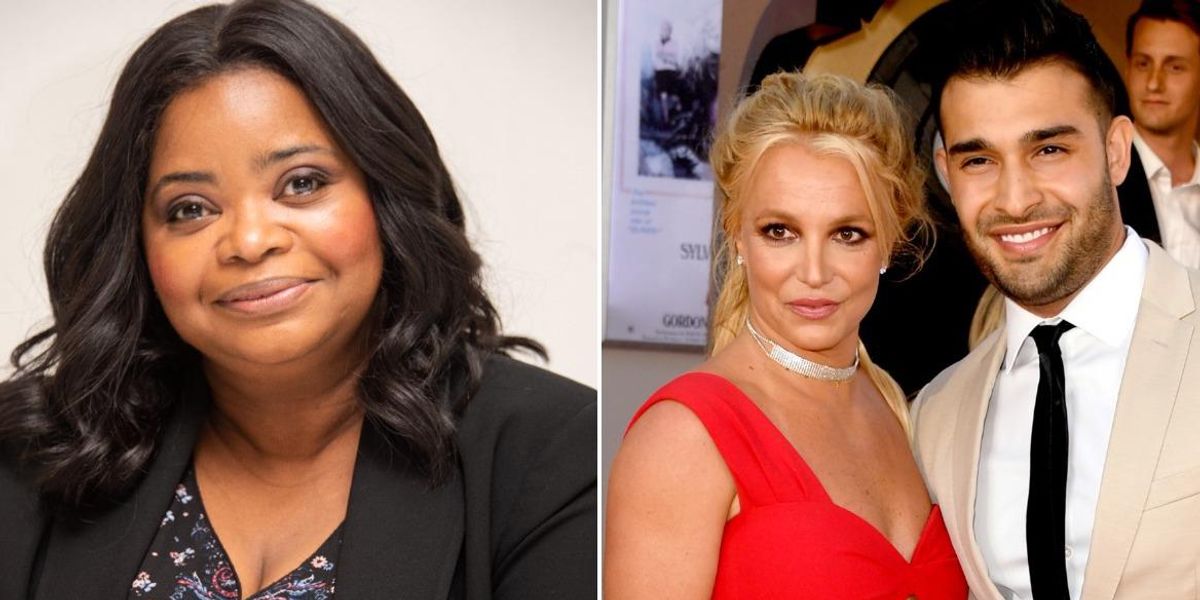 Octavia Spencer has some sage advice for Britney Spears.

On Sunday, the pop icon announced her engagement to Sam Asghari via Instagram by posting a video of herself showing off her ring.

"I can't f------ believe it !!!!!!," Spears captioned the post, alongside a single heart exclamation mark and several diamond ring emojis.

Since then, the post has racked up thousands of comments congratulating the happy couple. However, Spencer — ever the realist — decided to offer Spears some practical advice. Namely, that she should make her fiancé sign a prenup.

Granted, Spencer's comment doesn't come out of nowhere, seeing as how Spears' father and conservator, Jamie Spears, allegedly abused his position of power by controlling her finances to pay himself a hefty salary, amongst other things. So needless to say, this tidbit of wisdom has become the post's most liked comment. And it even elicited a response from Asghari himself, who replied with a 100 emoji.

"Thank you everyone who is concerned about The prenup!" he later added in an Instagram Story, before joking, "Of course we're getting iron clad prenup to protect my jeep and shoe collection in case she dumps me one day."

That said, you can check out Spencer's comment, below.