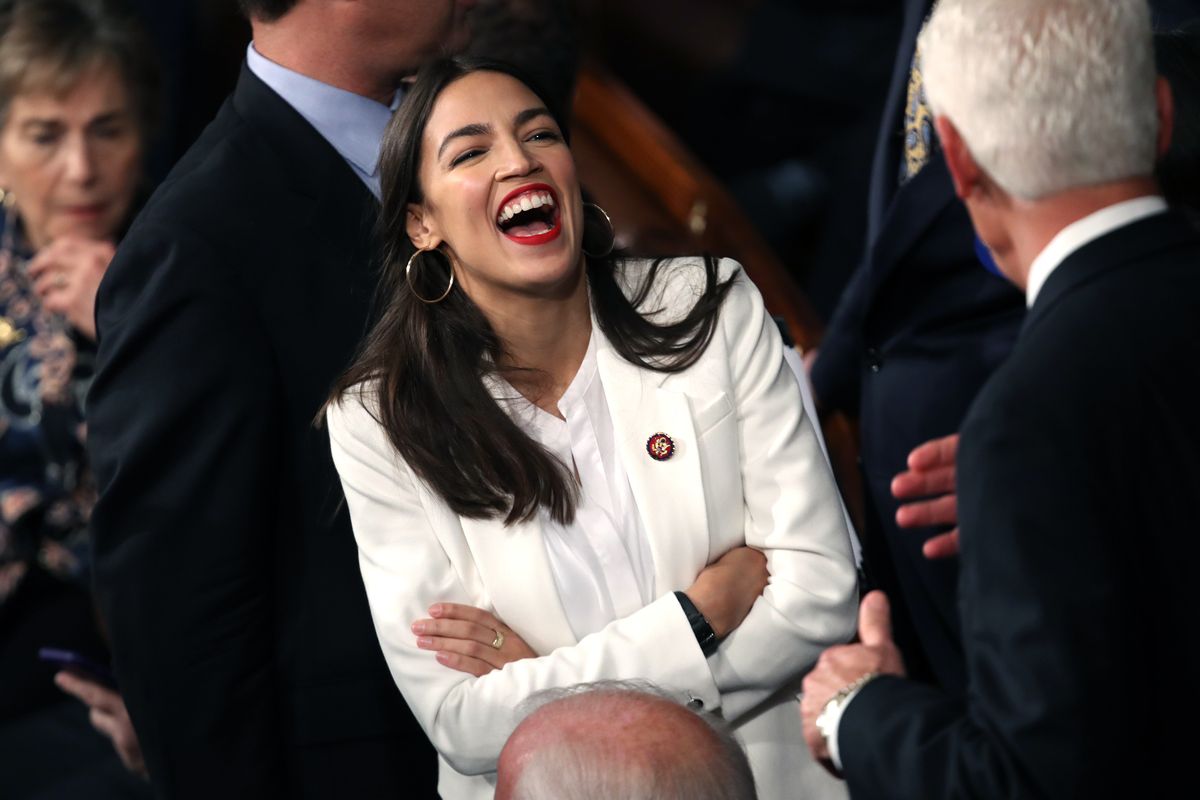 Freshman congresswoman from New York, Alexandria Ocasio-Cortez, was sworn in earlier today as a member of the most racially and gender-diverse Congress ever elected. She also happens to be the youngest woman ever elected to the House and is quickly becoming rising star of the Democratic party having run on a platform of universal healthcare, a $15 minimum wage, abolishing ICE, gun reform, and a Green New Deal.

She clearly must be doing something right because conservatives have been continually falling over themselves in increasingly desperate attempts to undermine and discredit Ocasio-Cortez ever since the midterms. They have dug up everything from her childhood home to her high school nickname of "Sandy" to no success. They even tried to shame her for her clothes in a tweet that spectacularly backfired but today conservatives finally found their smoking gun in a video so embarrassing that it is sure to end Ocasio-Cortez's political career before it had even begun.

Well, not necessarily as embarrassing as it is downright endearing. The video of Ocasio-Cortez from her college days freely dancing her heart out on a rooftop failed to enrage the internet as much as it made them all fall in love with her again.

IMO this video of @AOC, that was recently dug-up of her dancing in a music video in college, will just add to what… https://t.co/WrgniG7WQH
— Miranda Green (@Miranda Green)1546544693.0

Clearly the only offense that has been committed here is the utterly baffling decision to swap out the video's original soundtrack of Phoenix's "Lisztomania" with what sounds like a fair-use knockoff of the Modern Family theme song. It is blatantly obvious that conservatives are grasping at non-existent straws in a concerted effort to undermine Ocasio-Cortez because she represents their greatest threat: a young, popular, and relatable Democrat.

It is almost laughable to see the lengths conservatives will go to take down Ocasio-Cortez considering how effortlessly they manage to embarrass themselves on a routine basis.

y'all really upset seeing a 30 second clip of Alexandria Ocasio-Cortez dancing at school but y'all fine w whatever… https://t.co/4eYid1oXu5
— Thug Kitchen (@Thug Kitchen)1546548335.0

The folks trying to roast @AOC for making a silly dance video while in college need to remember that our *current*… https://t.co/wRr9EaVvjZ
— Ty Carlson (@Ty Carlson)1546560883.0