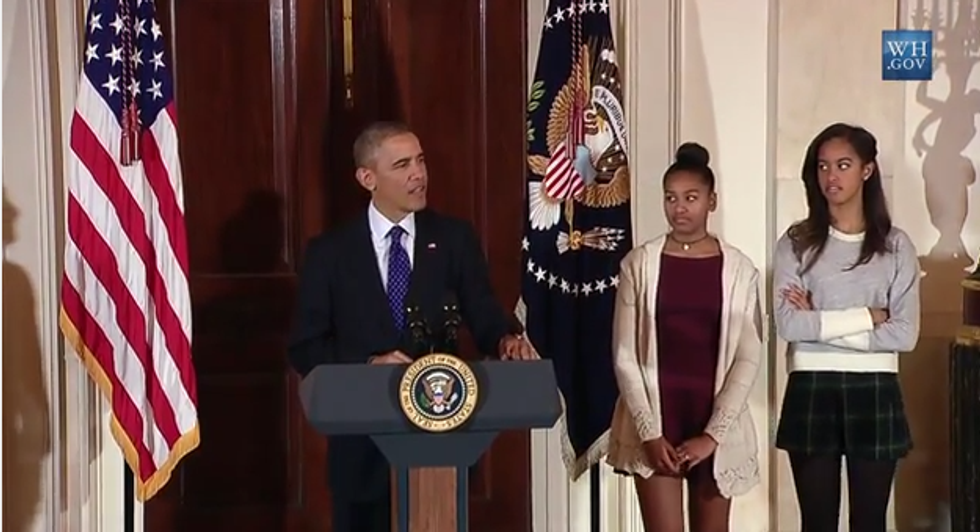 by Eric Thurm
PAPERMAG
Look: We've long known President Obama was a dad. There were the funny, but still sometimes corny jokes, the jeans, and the fact that he has two children. But over the course of the last couple of years of his second term in office -- the one when he doesn't have reelection hanging over his head -- he's fully revealed the goofiness of his dad-ly taste in music, most notably by talking about how much he likes The Black Keys and inviting them to come over and jam at his place. Come on, Barack.

Today, the administration published a Spotify playlist of what Obama will be listening to on vacation. It includes a lot of good, classic dad choices (you can't really fault the inclusion of The Isley Brothers, Miles Davis, or Joni Mitchell), decent rap songs that your dad definitely listens to if he's into rap (Reflection Eternal, Mos Def), and a couple of softer newer artists that your cool dad definitely likes (Florence + The Machine).

Due to popular request, here are my vacation playlists: http://t.co/uer5sIl4Vk http://t.co/zHEekHvQBr What's your favorite summer song?