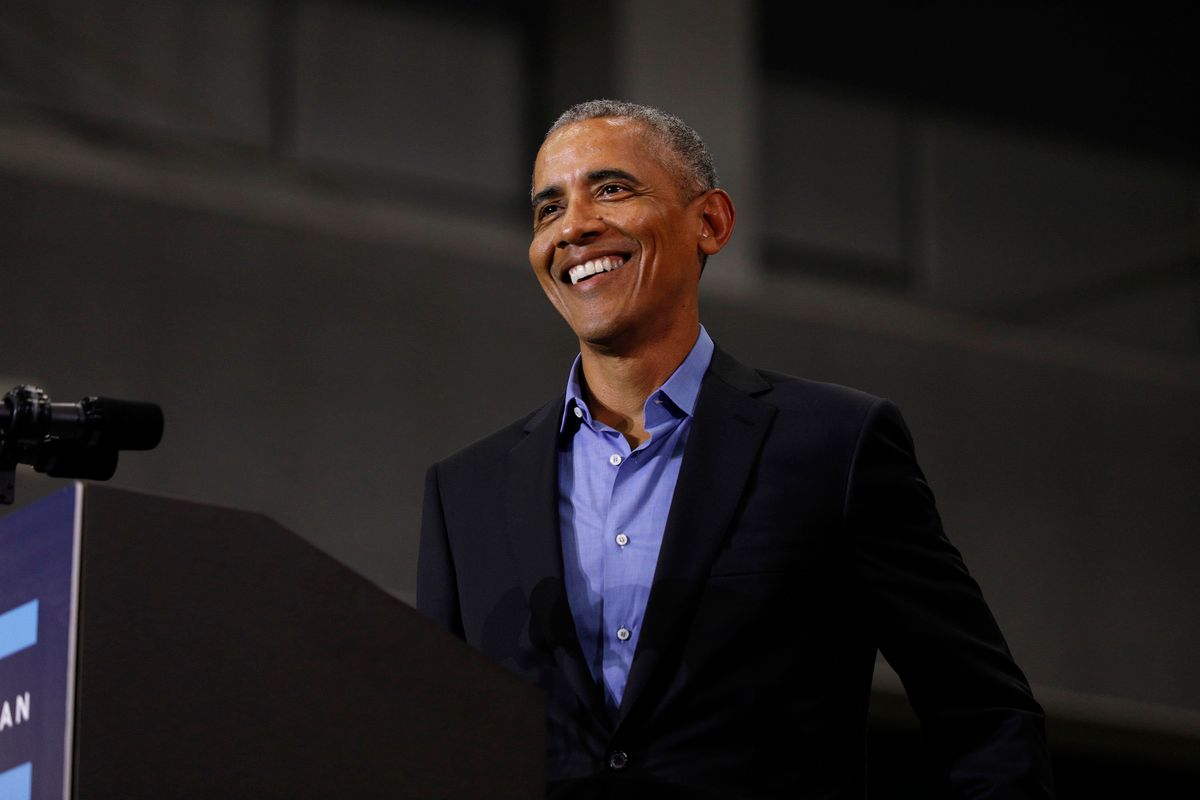 We have always known that Barack Obama was going to leave a lasting legacy as the "cool" President. Not only was Obama meme savvy and quick with a dad joke, he also quickly became known for having his finger on the pulse of pop culture. Whether it was having his official portrait painted by Kehinde Wiley or championing Kendrick Lamar, it was clear that the President had taste.

Now fully enjoying his retirement, Obama has had a lot more time on his hands to catch up on reading, see a couple of movies, and even update a couple Spotify playlists. In what has now become an annual tradition for Obama, the former Commander-in-Chief took to Facebook today to share his year-end list of favorites which features a broad variety of music by the likes of Cardi B, Kurt Vile, H.E.R., and Normani to books you really should add to your reading list by Chimamanda Ngozi Adichie, Zadie Smith, and Lauren Groff (but of course he saved the top spot for Michelle).

Obama may also have a possible future in Oscar Nominee predictions as his list for movies features Annihilation, Black Panther, Eighth Grade, and BlacKkKlansman which should all be strong contenders. And while many of us are thoroughly done with lists as the year now draws to a close, Obama's is definitely one you want to give a chance.

An American Marriage by Tayari Jones
Americanah by Chimamanda Ngozi Adichie
The Broken Ladder: How Inequality Affects the Way We Think, Live, and Die by Keith Payne
Educated by Tara Westover
Factfulness by Hans Rosling
Futureface: A Family Mystery, an Epic Quest, and the Secret to Belonging by Alex Wagner
A Grain of Wheat by Ngugi wa Thiong'o
A House for Mr Biswas by V.S. Naipaul
How Democracies Die by Steven Levitsky and Daniel Ziblatt
In the Shadow of Statues: A White Southerner Confronts History by Mitch Landrieu
Long Walk to Freedom by Nelson Mandela
The New Geography of Jobs by Enrico Moretti
The Return by Hisham Matar
Things Fall Apart by Chinua Achebe
Warlight by Michael Ondaatje
Why Liberalism Failed by Patrick Deneen
The World As It Is by Ben Rhodes

Arthur Ashe: A Life by Raymond Arsenault
Asymmetry by Lisa Halliday
Feel Free by Zadie Smith
Florida by Lauren Groff
Frederick Douglass: Prophet of Freedom by David W. Blight
Immigrant, Montana by Amitava Kumar
The Largesse of the Sea Maiden by Denis Johnson
Life 3.0: Being Human in the Age of Artificial Intelligence by Max Tegmark
There There by Tommy Orange
Washington Black by Esi Edugyan

Apes••t by The Carters
Bad Bad News by Leon Bridges
Could've Been by H.E.R. (feat. Bryson Tiller)
Disco Yes by Tom Misch (feat. Poppy Ajudha)
Ekombe by Jupiter & Okwess
Every Time I Hear That Song by Brandi Carlile
Girl Goin' Nowhere by Ashley McBryde
Historia De Un Amor by Tonina (feat. Javier Limón and Tali Rubinstein)
I Like It by Cardi B (feat. Bad Bunny and J Balvin)
Kevin's Heart by J. Cole
King For A Day by Anderson East
Love Lies by Khalid & Normani
Make Me Feel by Janelle Monáe
Mary Don't You Weep (Piano & A Microphone 1983 Version) by Prince
My Own Thing by Chance the Rapper (feat. Joey Purp)
Need a Little Time by Courtney Barnett
Nina Cried Power by Hozier (feat. Mavis Staples)
Nterini by Fatoumata Diawara
One Trick Ponies by Kurt Vile
Turnin' Me Up by BJ the Chicago Kid
Wait by the River by Lord Huron
Wow Freestyle by Jay Rock (feat. Kendrick Lamar)
And in honor of one of the great jazz singers of all time, who died this year, a classic album: The Great American Songbook by Nancy Wilson