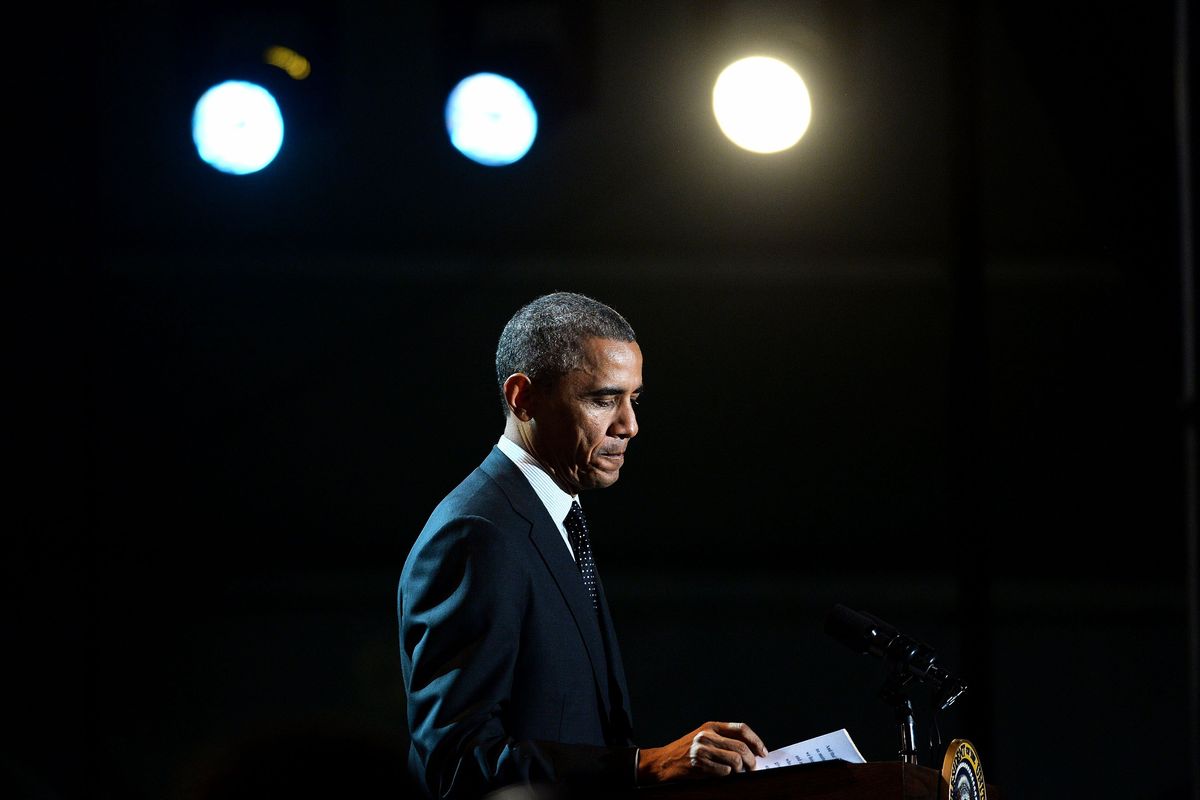 Nipsey Hussle, aka Ermias Asghedom's funeral took place on Thursday at the Staples Center in Los Angeles, eleven days after the rapper and activist was shot outside the store he opened in the neighborhood where he grew up.

Related | Nipsey Hussle on Kendrick, L.A. Rap and Why Patience Pays Off

One of the surprises of the night came when Hussle's friend and business partner, media mogul Karen Civil, read aloud a letter from Barack Obama that the former president addressed to the rapper's friends and family.

"I'd never met Nipsey Hussle, but I'd heard some of his music through my daughters, and after his passing, I had the chance to learn more about his transformational and his community work," wrote Obama, continuing, "While most folks look at the Crenshaw neighborhood where he grew up and see only gangs, bullets and despair, Nipsey saw potential. He saw hope."

Thank you to @BarackObama for sending this letter for me to read celebrating @NipseyHussle’s life & legacy. 🏁 https://t.co/qwEjjb6O9d
— Karen Civil 🇭🇹 (@Karen Civil 🇭🇹)1555006694.0

Obama adds to the long list of artists and celebrities who are mourning the rapper. The full memorial service is streaming on TIDAL (where non-members are able to tune in) as well as BET's Facebook page.