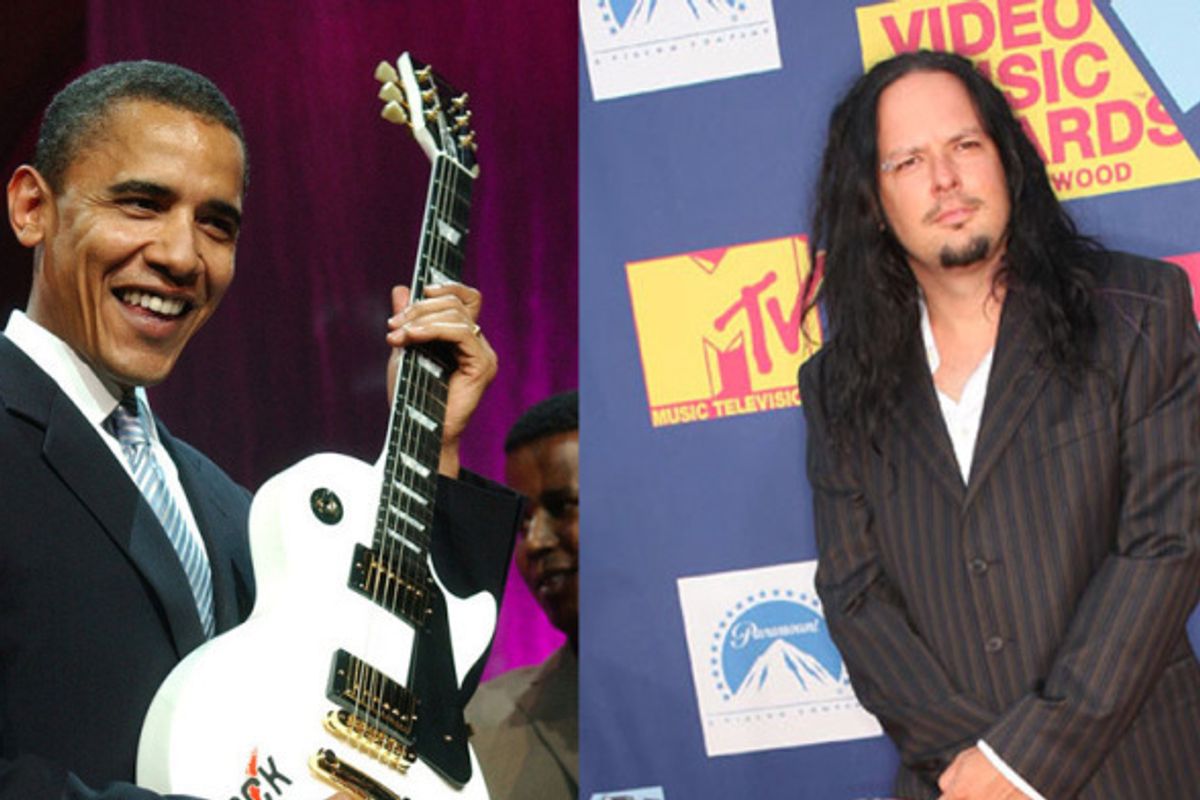 On November 15 President Obama remarked that he was NOT Jonathan Davis, the lead singer of KoЯn.


During a ceremony held at the nation's most famous residence saw Obama awarding army captain Florent Groberg the Medal of Honor, for his bravery in tackling a suicide bomber in Afghanistan in 2012, and saving dozens of lives.


While recovering in a German hospital, Groberg was visited by Davis, who was there to commend the heroic soldiers, and assumed he had hallucinated the meeting while on major medications.

The president humorously recounted the story in his ceremony speech about Groberg.

User Hudson Hongo apparently became fixated on this comment, and decided to prove to Obama that he is, in fact, Jonathan Davis (who ironically is not a fan of the president), by splicing together footage of various Obama speeches to match the chorus of the nu-metal legends' most famous tune "Freak On a Leash."