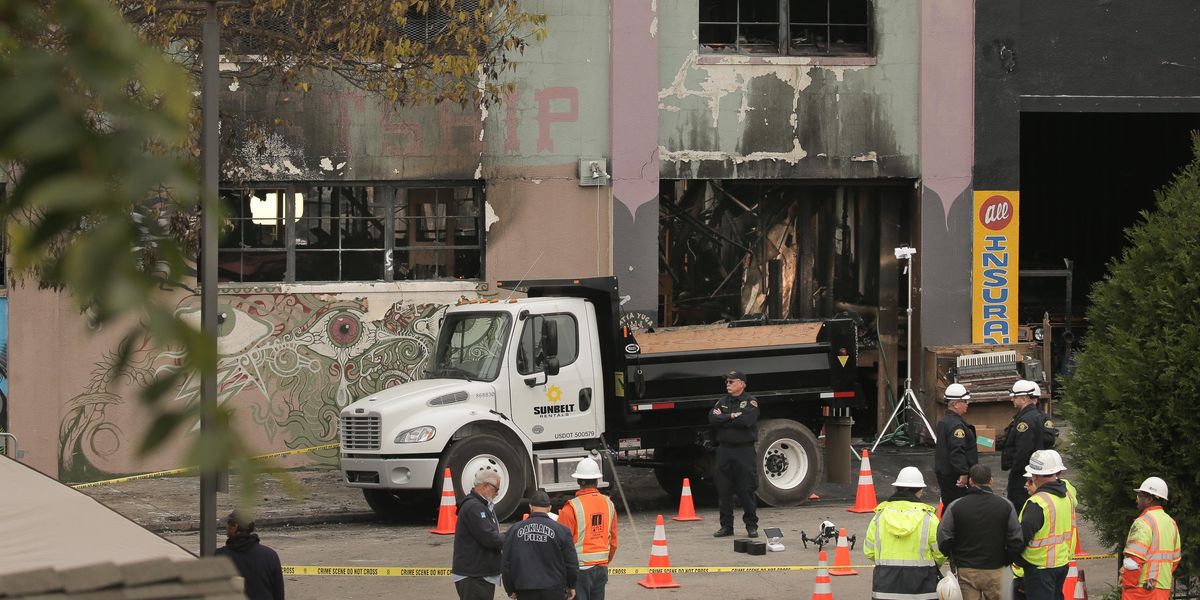 Two men who were operators at the Oakland Ghost Ship warehouse that caught fire last winter have been arrested, according to CNN and the San Francisco Chronicle. In December 2016, the venue caught fire during the Golden Donna 100% Silk 2016 West Coast Tour, leaving dozens of people trapped inside and eventually claiming 36 lives. "Master tenant" David Almena and creative director Max Harris have now been charged with 36 counts of involuntary manslaughter each.

CNN reports that the warehouse, which was hugely popular in the Bay Area DIY community, hadn't been inspected in three decades, and the San Francisco Examiner reported in December that the Oakland Fire Department had no records on file of a fire inspection ever taking place. The Mercury News, based out of nearby San Jose, reported in March that the warehouse owners were aware of the space's potentially dangerous electrical infrastructure. The devastating fire led to a larger conversation about finding safe places for DIY communities to flourish in peace and the demonization of underground cultures.