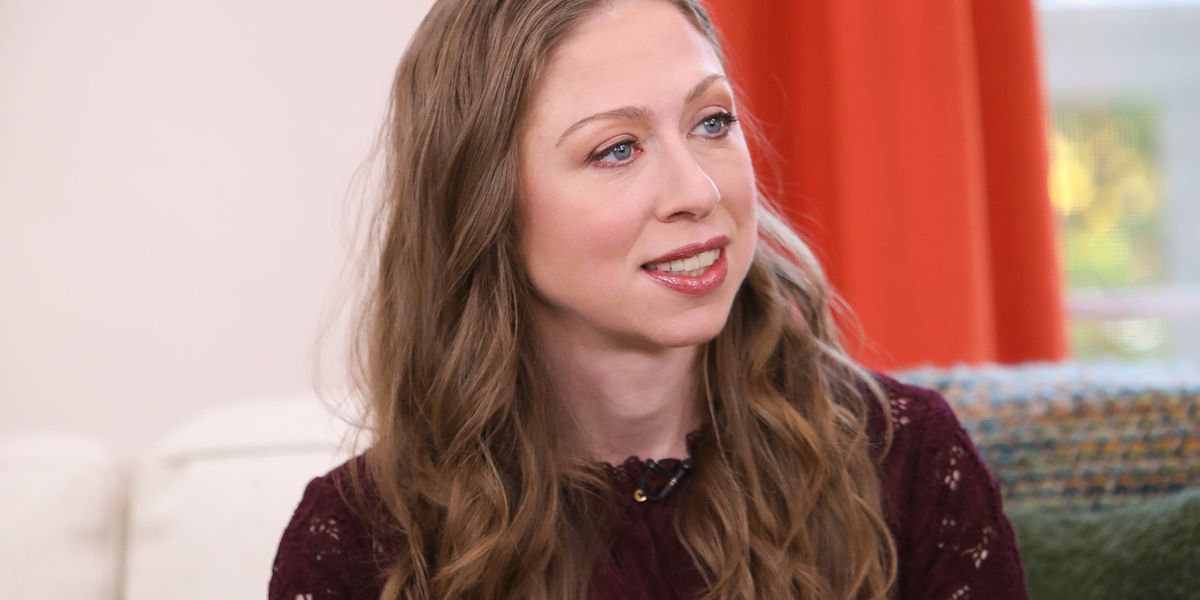 On Friday night, New York University students Leen Dweik and Rose Asaf attended a vigil for the victims of the New Zealand mosque massacre at the university's Islamic Center. The two were surprised to see former first daughter Chelsea Clinton, after she had criticized representative Ilhan Omar last month, tweeting out, "Co-signed as an American. We should expect all elected officials, regardless of party, and all public figures to not traffic in anti-Semitism."

Co-signed as an American. We should expect all elected officials, regardless of party, and all public figures to not traffic in anti-Semitism.

In a tell-all article they wrote for BuzzFeed, Dweik and Asaf said:

As a Jewish American-Israeli and a Palestinian Muslim, we understand far too well the consequences of anti-Semitism, anti-Muslim bigotry, and white supremacy. And as activists who are unafraid to speak the truth, we know we have a duty to call out any bigotry wherever it exists.

The two believe Clinton needed to be confronted because she "used her platform to fan [the] flames" of the issue against Omar."We believe that Ilhan Omar did nothing wrong except challenge the status quo, but the way many people chose to criticize Omar made her vulnerable to anti-Muslim hatred and death threats."

They continued, "When we saw Chelsea, we saw an opportunity to have her ear and confront her on her false charge of anti-Semitism against our only Black, Muslim, Somali, and refugee member of Congress." In an interview with The Washington Post, Asaf said that by using "as an American" Clinton propagates an "anti-immigrant trope." "To me, when speaking of someone who is a refugee, it's a dog whistle, it's signaling this is a patriotic issue and that nationalism excludes people like Ilhan Omar," she said.

In the copyrighted video which was posted on Twitter, Clinton is heard saying, "I'm so sorry you feel that way. Certainly, that was never my intention. I do believe words matter." Dweik responds, saying, "This right here is the result of a massacre stoked by people like you and the words you put out into the world. And I want you to know that, and I want you to feel that deep inside." She continues, "Forty-nine people died because of the rhetoric that you put out there."

After Dweik responds, you can hear many of those around her snapping in agreement. And when Clinton, again, tries to apologize with the same very careful words, a voice can be heard asking, "What does 'I'm sorry that you feel that' mean?"

Watch the short video below.

This is copyrighted. People using this without persmission will be asked to delete. pic.twitter.com/8HX32AjgWX

Following the posting of the video, some people have come to the defense of Clinton, calling this confrontation an "aggressive" attack. People are saying that this "harassment" was unnecessary because the former first daughter is in no way responsible for the New Zealand mosque shooting.

Hey, so, gonna go out on a limb here and say that Chelsea Clinton isn't one bit responsible for the terrorist attack in New Zealand, and it's incredibly disturbing to see even one person harass her in public and make such a ridiculous claim.

Thanks for coming to my TED Talk.

But the point which these people attacking Dweik is missing, which Twitter user Eoin Higgins points out, is that the students are calling her out for "[fanning] the flames of Islamophobia." They did not accuse Clinton of being responsible for the massacre, but confronted her because her rhetoric propagates this kind of extremist behavior.

Been offline all night but here's my hot take: Chelsea Clinton only appeared at that event to further her concern trolling brand, Clinton fanned the flames of Islamophobia over Ilhan Omar, and the student (?) who told her off is unquestionably in the right to do it.

And as Dweik points out in her own tweets, "i didn't tell chelsea clinton she was the one who put a gun to muslims' heads. i said, & continue to say, that by jumping on the right-wing bandwagon & villifying ilhan omar, she fed into the EXACT discourse we were at the vigil to protest."

Read Dweik's full explanation for her actions in the thread below:

i didn’t corner chelsea clinton, i didn’t approach her with anyone else, i didn’t ask people to record me. the confrontation wasn’t planned, though i was going to disrupt her if she spoke and say the same things that i said to her face.

i can’t believe this has to be said, but i didn’t tell chelsea clinton she was the one who put a gun to muslims’ heads. i said, & continue to say, that by jumping on the right-wing bandwagon & villifying ilhan omar, she fed into the EXACT discourse we were at the vigil to protest

if the muslims who were there felt uncomfortable with her presence—and let me tell you, the number of people who came up to me after to thank me for confronting her was not insignificant—then she shouldn’t have been there. period.

thank u to all the amazing people who have reached out w messages of support! u are appreciated. please keep the muslims of christchurch in ur thoughts, and demand change from the people around u