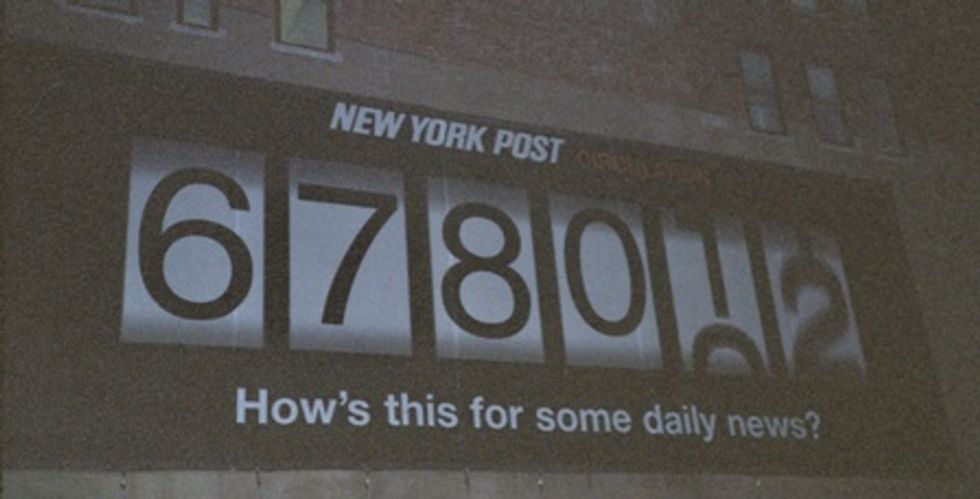 The back-biting between the New York Post and the Daily News is evident to any regular reader of New York's second tabloid. I'm talking about the Post circulation which keeps growing but still lag behind the News by several hundred thousand daily readers. The Post never misses an opportunity to swipe at some gaff at the News, from gossip columnist Richard Johnson at Page 6 to basketball columnist Pete Vecsey in the sports section to media columnist Keith Kelly in business somewhere in the middle. The people at the Post know the value of a cat fight. They look for it in their editorial and they encourage it in a corporate culture that thrives in an us v. them mentality.
Whether its Fox News vs. CNN or the Post vs. the News, Rupert Murdoch wants to rub it in your face. Touting your numbers is one thing, but putting the billboard in a parking lot on 33rd Street, right next door to the Daily News offices, where it is visible from the offices of News business staff that's... Well, actually, that's pretty cool.