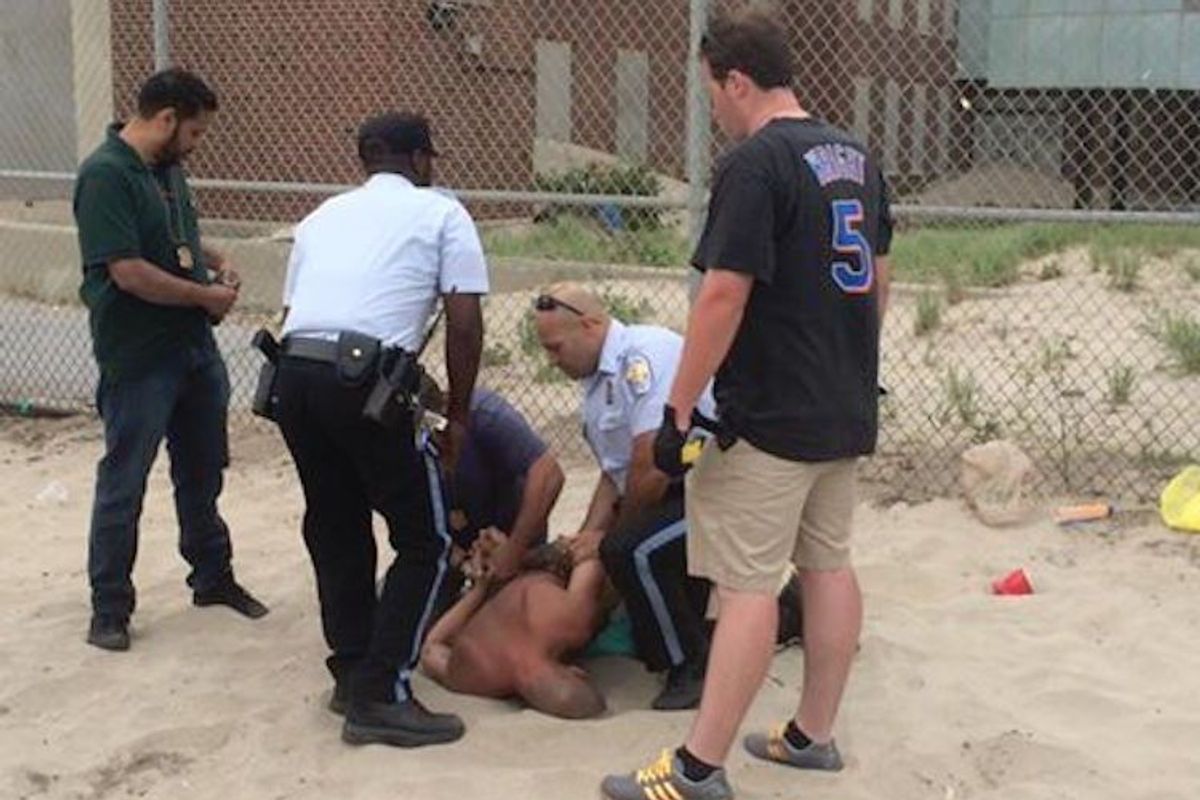 Yesterday, the NYPD tackled, arrested and then dragged a naked man at historically-LGBTQ Jacob Riis Beach--which also has a lax and confusing nudity policy. The disturbing incident that was caught on camera and now has NYC's LGBTQ community rightfully upset.

Photographer Krys Fox was taking photographs at the beach (which is also known for being predominantly POC) when his towel accidentally came undone. At the time, he claimed that he was drying his shorts in the sun because they had gotten sandy. However, he was immediately tackled by the NYPD and dragged off the beach -- completely naked -- all while screaming "Help me!".

"I just didn't wrap my towel around my waist tight enough and it suddenly slipped down and I literally got sent to jail for it," he told The Daily Dot, later adding that, "I'd always heard that it was a clothing-optional beach. I keep running it over and over in my head, and I can't even begin to answer why they chose me. I wasn't causing a scene, I was just shooting a photo of someone like I always do."


Fox was then taken to jail and spent three hours in a cell, after which he received tickets for public nudity, interfering with agency function, disorderly conduct, and disobeying an order. He was then sent home with just the towel that we was arrested in. He apparently has an approaching court date.

However, this incident is just further evidence to many beachgoers of how the gay section of Jacob Riis has been patrolled more fervently than other parts of the beach. As Facebook user Rio Sofia noted, "the beach has been policed more and more intensely each year, ticketing and arresting people for drinking, 'indecent exposure', peeing in the back by the fence (there's nowhere else to pee), and hooking up."

"If you go to this beach, watch out for this shit and for each other."