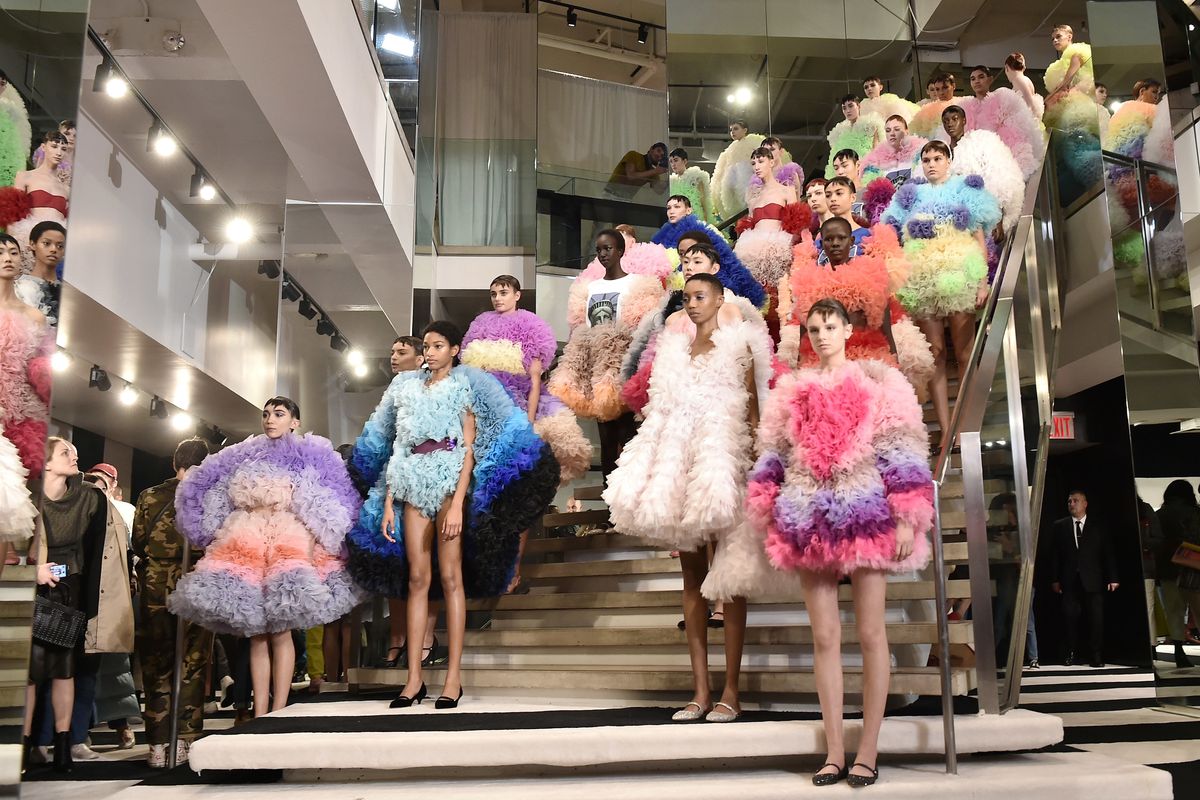 9 Things to Know Before the Spring 2020 NYFW Shows

Another summer has flown by, which means fashion people everywhere are gearing up for another month-long round of shows for Spring 2020, kicking off in the Big Apple. The upcoming slate of shows is significant for a number of reasons: First, designers will be showcasing their collections for the start of a brand new decade, as these clothes will officially hit stores next year. (With the exception of brands like Ralph Lauren and Tommy Hilfiger, who still operate on the "see now, buy now" model.) And in New York, new CFDA chairman Tom Ford has shortened the official NYFW calendar to six days, starting with a film and performance by Telfar and ending with a show by Marc Jacobs. Plus, with the CFDA's call for more diversity and inclusivity in designers' shows, expect to see more inclusive castings from a wider variety of brands. Here, we rounded up a preview of everything you need to know about New York Fashion Week Spring 2020, the biggest news/changes, and what people will be talking about the most this upcoming season.

Pyer Moss Is Back on the Calendar

Kerby Jean-Raymond wowed the fashion crowd last September when he held an emotional show for his label Pyer Moss at a Brooklyn center that preserves a 19th century free Black community. But he surprised many when he announced he would be skipping the Fall 2019 shows in February, which left a considerable void in the fashion week schedule at the time. The designer operates on his own terms, and didn't feel obligated to show last season in accordance to the system's traditional calendar. This time he's back, and the brand even wiped its Instagram account clean in anticipation of his upcoming "Collection 3" show in Brooklyn's Kings Theater. A limited number of tickets were made available to the public for the September 8 show, making this one of the most anticipated shows for industry insiders and fans alike.

One of the breakout stars of last season's shows in New York was Japanese designer Tomo Koizumi. A relative unknown prior to last February, legendary stylist Katie Grand stumbled upon his designs though Instagram. She eventually arranged for Koizumi to present his first ready-to-wear collection in New York, which was shown in Marc Jacobs' flagship store on Madison Avenue. The models glided down the stairwell and across the room in brightly colored polyester organza dresses and gowns, which made for one of the most Instagrammable moments of fashion week. How will Koizumi follow up his standout debut collection? With a dreamy, fantasy-filled point of view and the support from the industry's biggest players (Pat McGrath, Tabitha Simmons, and Guido Palau helped put on his first show), many people will be eagerly looking out for what he has up his sleeve next.

Related | All the Famous People Came to This Designer's NYFW Debut

Tommy Hilfiger has been taking his #TommyNow collections global. His collaborations with Gigi Hadid have made stops everywhere from Los Angeles to London and to Milan. But now he's back in New York, and he's working once again with Euphoria star Zendaya. They first teamed up for a collection that was shown in Paris earlier this year and included a blowout performance featuring Grace Jones. For their next act, TommyxZendaya will be held at the famed Apollo Theater in Harlem, where the brand will no doubt embark on another experiential see-now-buy-now event. As always, looks from the runway will be available to shop immediately on the brand's website, Tommy Hilfiger stores, and select retailers. According to WWD, a TommyxZendaya bus will be parked outside of the show's venue, where the collection will be available to purchase.

For only the second time, Rihanna's Savage x Fenty lingerie line will present a collection during NYFW. The show promises to be "bigger and badder" than ever, according to the brand's Instagram account. In addition, the Savage x Fenty show (which will feature surprise musical performances) will be available to stream on Amazon Prime on September 20, and will include behind-the-scenes video of the making of the production. RiRi famously debuted her first collection for the size-inclusive brand last September, with an array of models with different skin tones and body shapes, including a very pregnant Slick Woods, who reportedly went into labor right after the show.

Prabal Gurung is celebrating a milestone in any designer's career: the 10-year anniversary of his fashion brand. Although details of the show are being kept under wraps, expect a variety of celebrity cameos on the front row and a diverse casting lineup. The designer, who's known for championing feminist causes and inclusive messaging, will be presenting his runway show on September 9 at Spring Studios after he was originally in talks to mark the occasion with a show at Hudson Yards.

Earlier this summer, Marchesa announced that Keren Craig would be exiting the company she helped found. Since its inception, the brand, known for its ethereal gowns and decadent embroideries, has been designed by both Craig and Georgina Chapman. Marchesa's upcoming presentation, which will be shown by appointment on September 11, will be the first collection under Chapman's complete purview. It will be interesting to see how Chapman's vision for Marchesa will realize itself without the help of Craig — something Pierpaolo Piccioli at Valentino and Carly Cushnie at Cushnie have managed to excel at when their design partners left.

A few weeks ago, three buzzy, emerging labels revealed that they would be combining their shows into one production during NYFW. Vaquera, CDLM/Creatures of the Wind, & Section 8 will all show back-to-back on September 9, a move that the designers told Vogue make sense from a financial perspective. Due to the shorter schedule and time constraints, the decision to show together in one time slot "happened organically" for the designers and friends. It also presents a "more progressive way to think about the traditional runway show format," where schedules and seasons are always changing.

Related | Vaquera Wants You to Work From Home

Thom Browne was among the first crop of designers to say goodbye to showing in New York, opting to present in Paris instead. Though Browne will still show his spring collection in the French capital this season, his presence will still be made known stateside. According to WWD, Browne will reveal a "performance installation" at Bergdorf Goodman during NYFW on September 7 in celebration of the arrival of Browne's womenswear collection at the iconic department store.

Jason Wu Is Back on the Runway

After taking a two-season hiatus from the runway, Jason Wu will return to the format on September 8. Wu restructured his business around this time last year, where he renamed his lower-priced Grey diffusion line "Jason Wu" and his main ready-to-wear line "Jason Wu Collection," which was shown on model forms in an installation format the last two seasons.