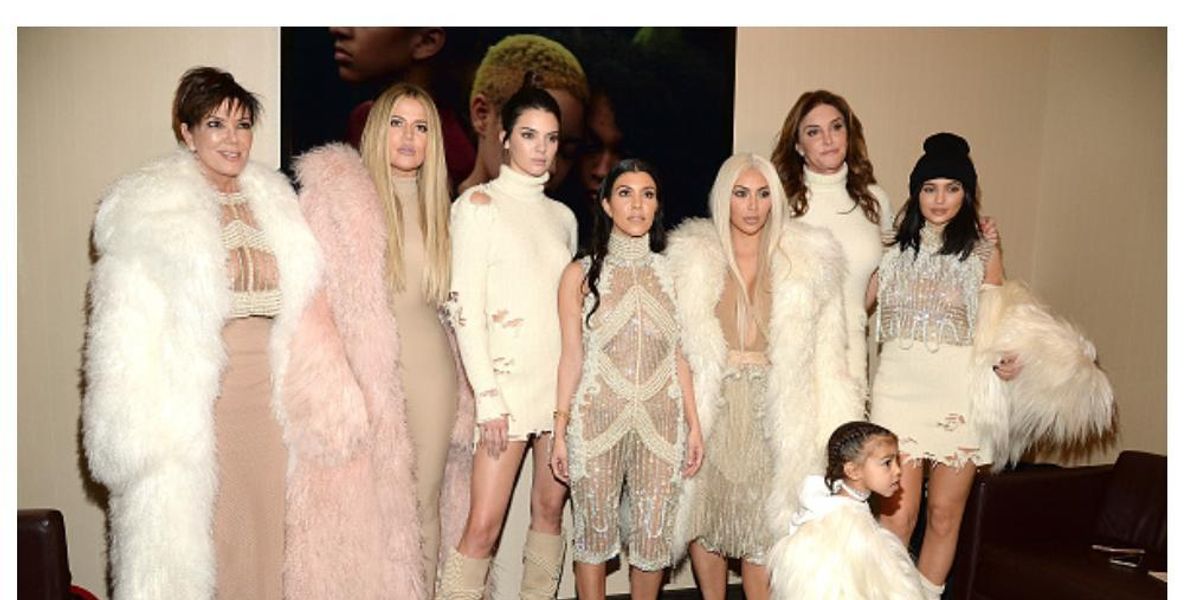 With Yeezy so yesterday and Marc on the mind, we highlight some moments from the week that was. As London assembles today take a quick moment for the who, what, wear of NYFW Fall 2016.

Kanye's fashion week spectacle at Madison Square Garden to kick off the week was an embarrassment of riches in terms of 'moments.' Was it the Dr. Zhivago-meets-Liberace Kardashian-Jenner clan posturing in the the VIP bleachers? The compelling (and occasionally awkward) Vanessa Beecroft presentation? Honestly for me it was this bit of front row magic of Melanie Griffith and Li'l Kim engrossed in the show with AW and KK in the background.

The final moment of the week belonged to Hillary Clinton with Marc Jacobs and AW sporting their very own custom sequined tees with the Democratic front runner's mug emblazoned on it (Jacobs, Tory Burch & Public School all made shirts to support the campaign)

Was there anywhere the pop star wasn't this week? Starting with her flawless Bowie tribute on Monday (in all custom Marc Jacobs), to her performance at the V Magazine party at the Rainbow Room after cheering on her friend and stylist Brandon Maxwell at his show, and then closing out the week walking in Jacobs' gloriously goth collection, she couldn't quit the ubiquity.

The French outerwear brand is no stranger to ambitious fashion week presentations but this week was perhaps their most memorable yet held outside on Saturday night with record low temperatures in Lincoln Center plaza. Talk about zero chill.

Proenza at the Whitney

The duo once again demonstrated their importance and singularity to the New York season with a break out show that focused on reconstruction and process in the new Whitney Museum downtown. One could hear the hearts racing along with the John Cage soundtrack.

One of the most poignant moments of the New York collections was model Diandra Forrest cradling her two month old daughter Rain to close Rio Uribe's powerful Gypsy Sport collection which focused on the innate beauty and variety of human skin.

It was touching and yet not at all surprising to see the capacity crowd for Eckhaus Latta at Long Island City's MoMA PS1 space who showed a refined and cogent proposition for the season with their much beloved no-core separates and chill knits.

Simply put,he cast nearly all non-white models and the result was clear, beautiful and incredibly powerful.

Between shows Fashion folks mourned the loss of the reality star, who passed away early Thursday morning. She had quite the following in the industry due in large part to her DGAF spirit and heavily reblogged Bruce Weber lensed portraits.

The image of Mary-Kate and Ashley straight chilling on a plush beige carpet as their fall collection for The Row showed on Monday is a perfectly adorable illustration of the down to earth chic the twins bring to the ultra-luxe brand.

Jacobs is the NYFW equivalent of theatre's 11 o'clock number and he never fails to wow the crowd beyond expectation. The drama, the references, the sets, the surprises. You could practically hear the jaws drop when the last gowns came sauntering out from the white scrim. Grand finale to say the least.

Sort of says it all, yk?