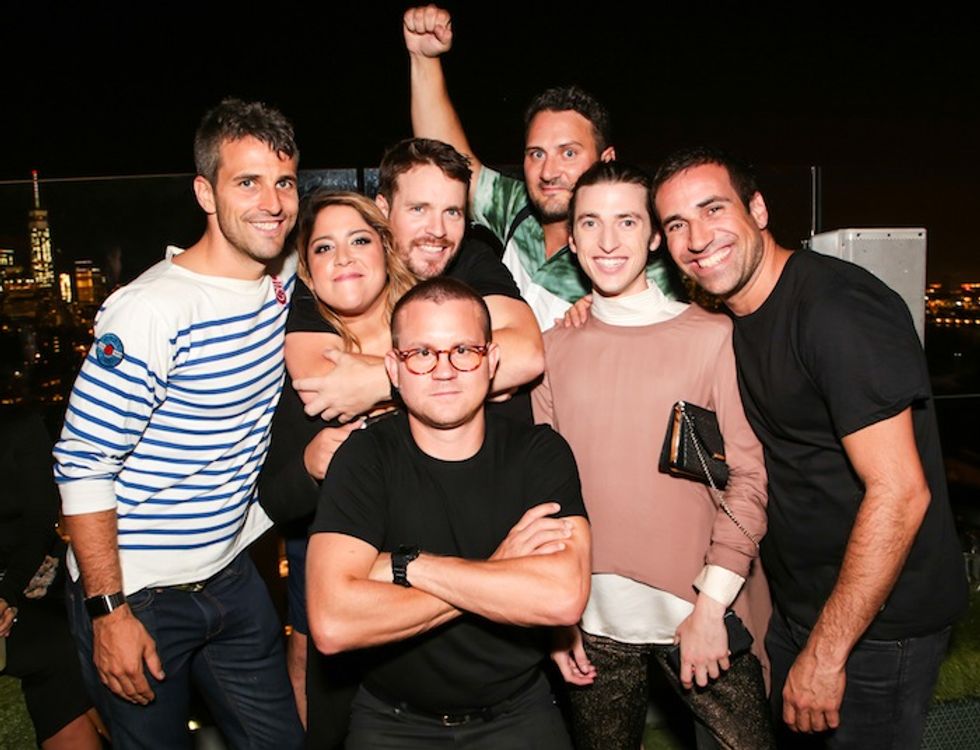 NYFW: BFA By the Numbers

by BFA
PAPERMAG
Some members of Team BFA: (L-R, bottom to top) Dan Otero, Neil Rasmus, Stephanie Ketty, Billy Farrell, Dave X Prutting, James Neiley and Joe Schildhorn [Photo by Sam Deitch/BFA]
It may be a week since NYFW with the circus already having moved on from London and on to Milan but we're still catching our breaths from such a hectic eight days. But it's nothing compared to the crazy schedules and sheer volume of work that our friends over at BFA do when they photograph everything from catwalks to parties, street style to backstage and beyond. They kindly gave us an inside peek into what goes into getting through the week and broke down their NYFW numbers, below:

Number of fashion shows shot during NYFW: More than 125

Number of after-parties shot during NYFW: More than 250

Number of BFA photographers working throughout NYFW: More than 30

Number of photographs posted to BFA.com during NYFW: More than 50,000