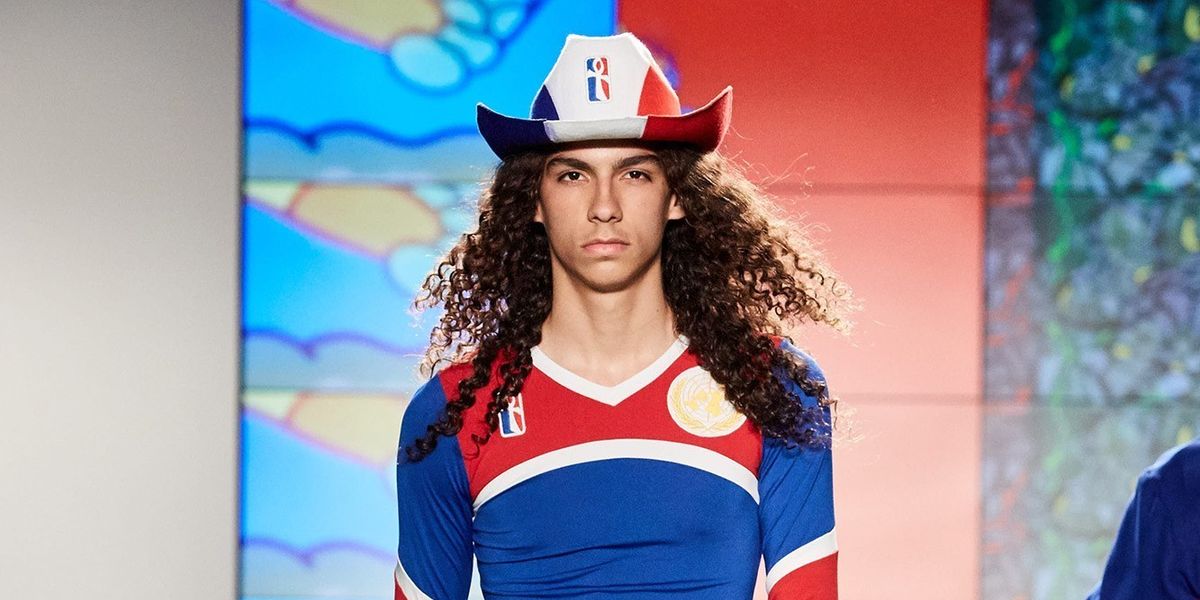 The Best Looks from NYFW: Mens

Say what you will about the necessity of a separate two day fashion week for menswear in the middle of July, the designers who opt in gave it their all. In an efficiently organized two-day span (something every other fashion week could take a few hints from) we picked the standout looks from designers old, young, established and fledgling: 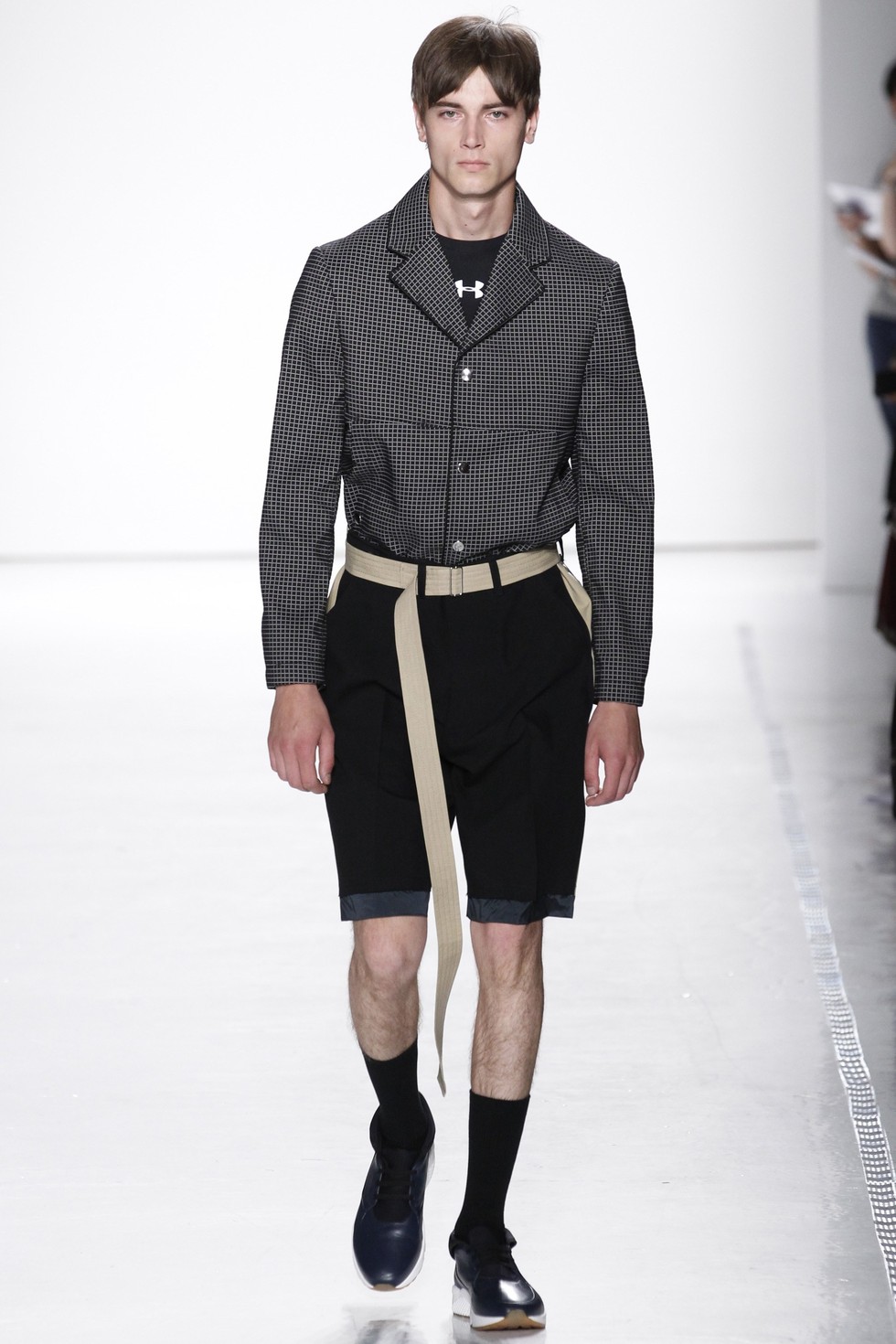 Tim Coppens' day-to-evening-to-next-morning concept for the modern man drew heavily on his new gig as creative director of athletic wear behemoth's Under Armour's UAS line. For spring 2017 he made the notion of not changing after the gym less lazy and totally luxe. 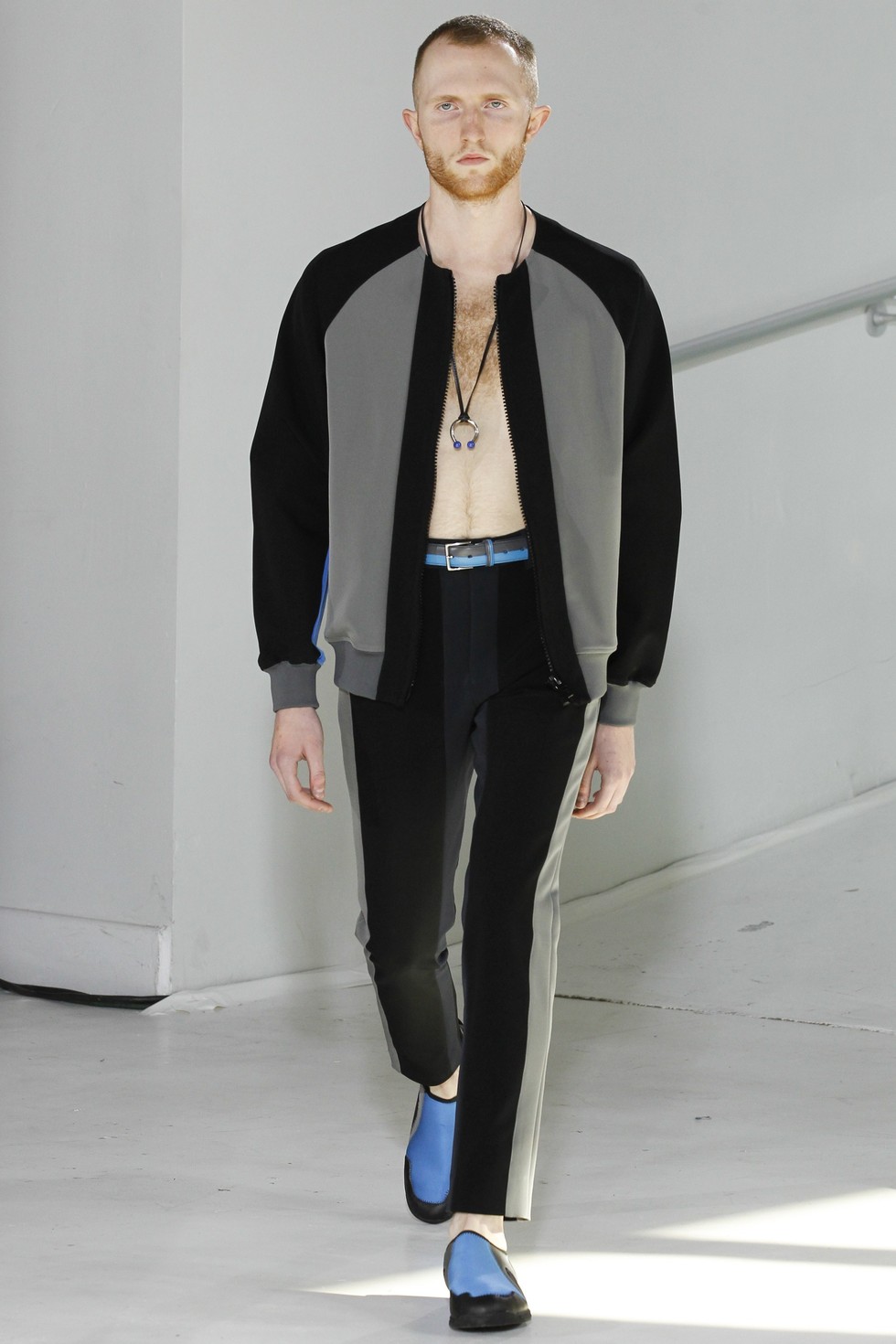 Designer Daisuke Obana went deep for a scuba themed collection which meant suits and separates in neoprene and footwear in collaboration with Reebok. 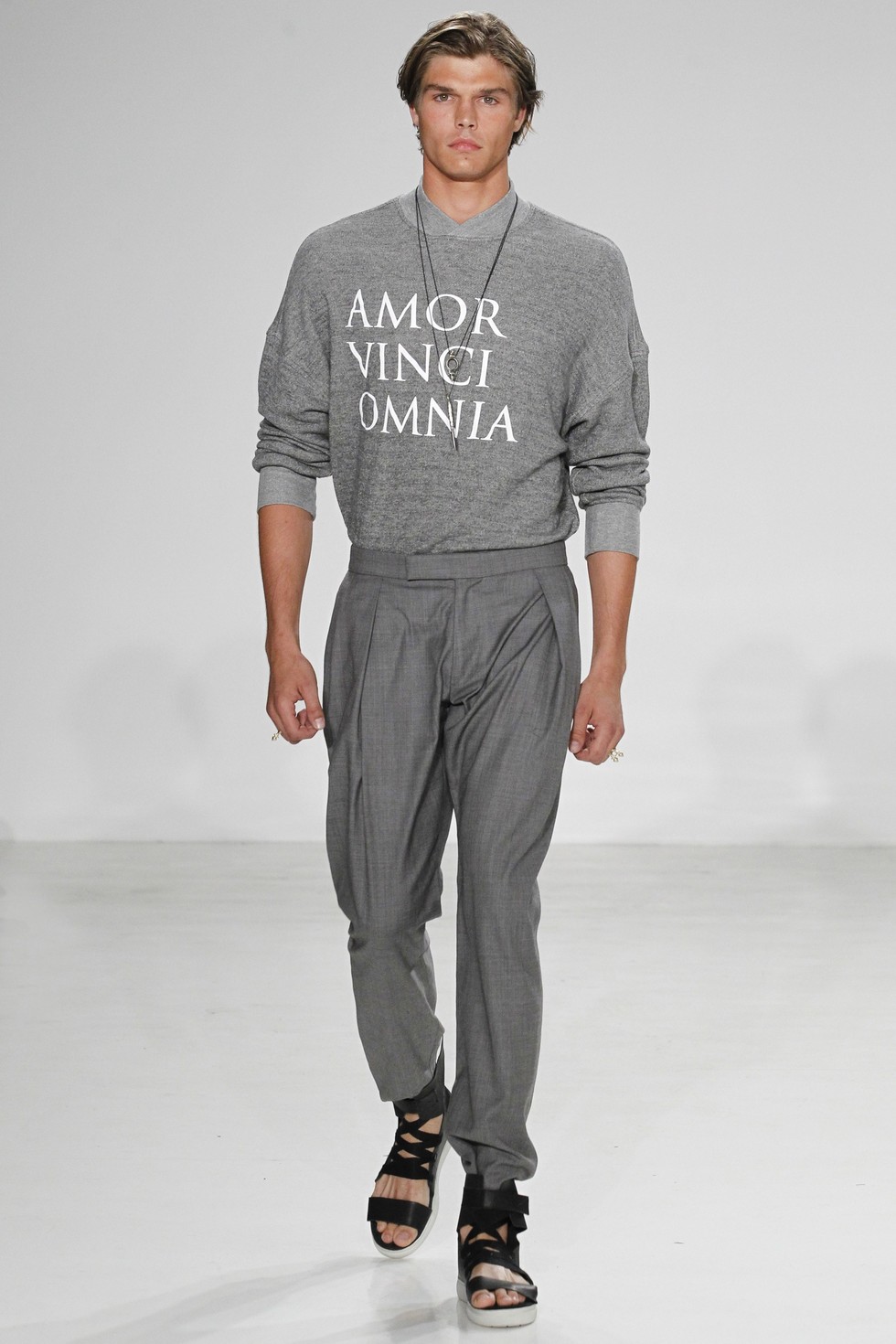 The usually military-heavy designers took the trope of latin lovers quite literally emblazoning "Love Conquers All" in the original language. In a moment of fashion messaging you can't argue with this one. 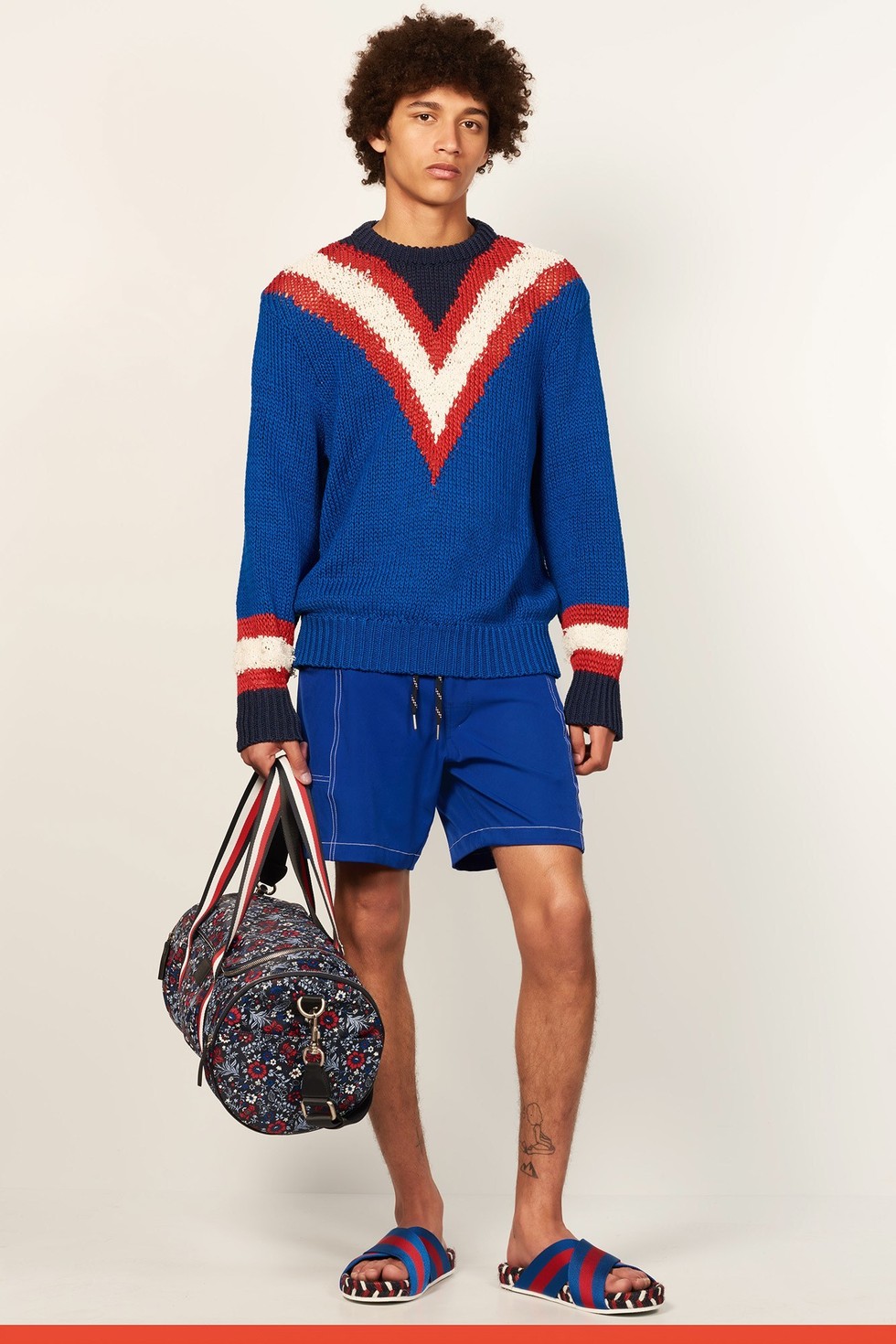 A distressed take on the preppy staple cricket sweater, this red, white, and blue is perfect for the beach, the court, or the pitch. 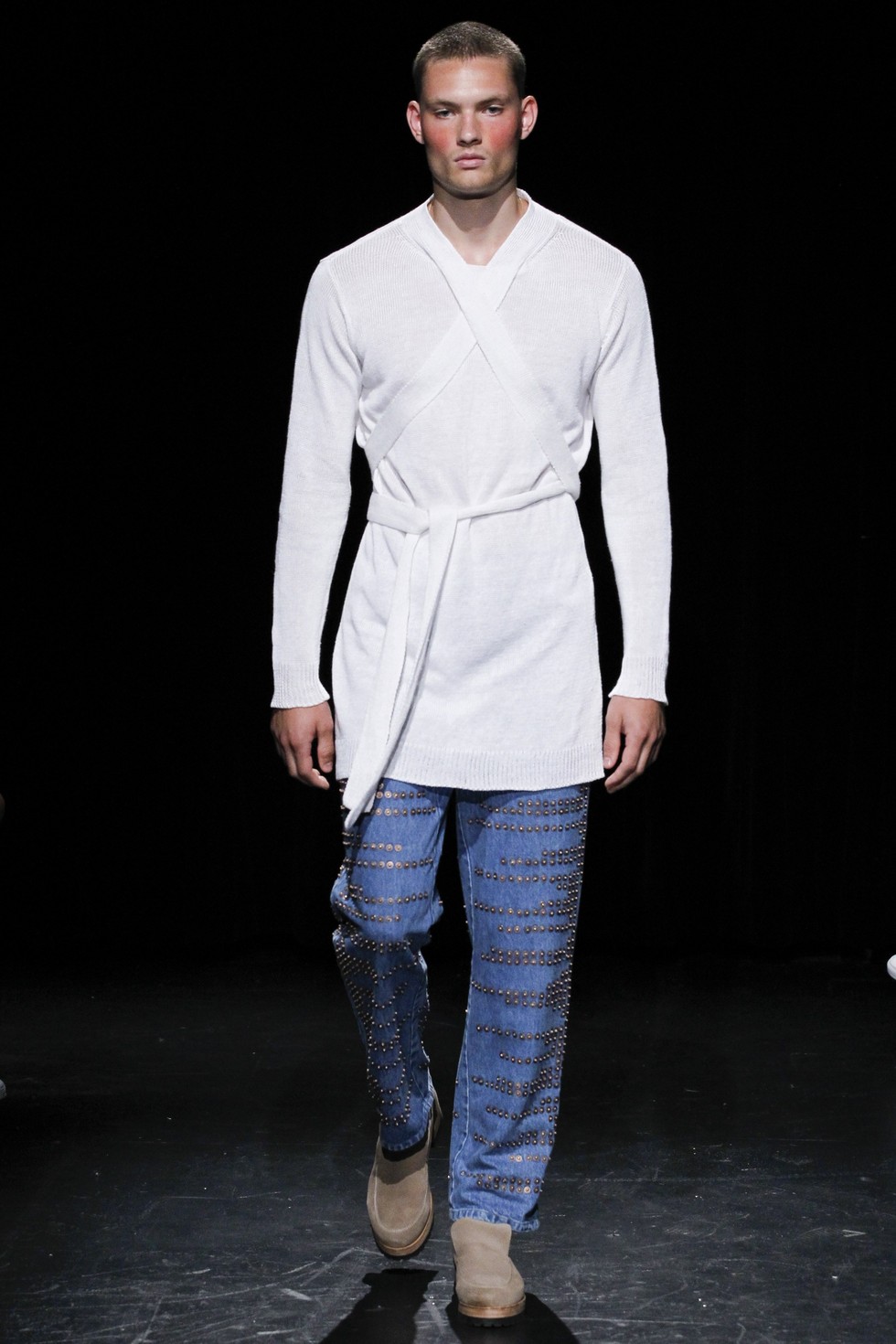 Burgeoning menswear label Linder, designed by Sam Linder and Kirk Millar, was an unquestionable standout of the week. Reworking cotton separates (we couldn't call this shirting so much) in elegant drapes and folds around the male torso and elaborate grommeting that resembles more embroidery than simple fastening. 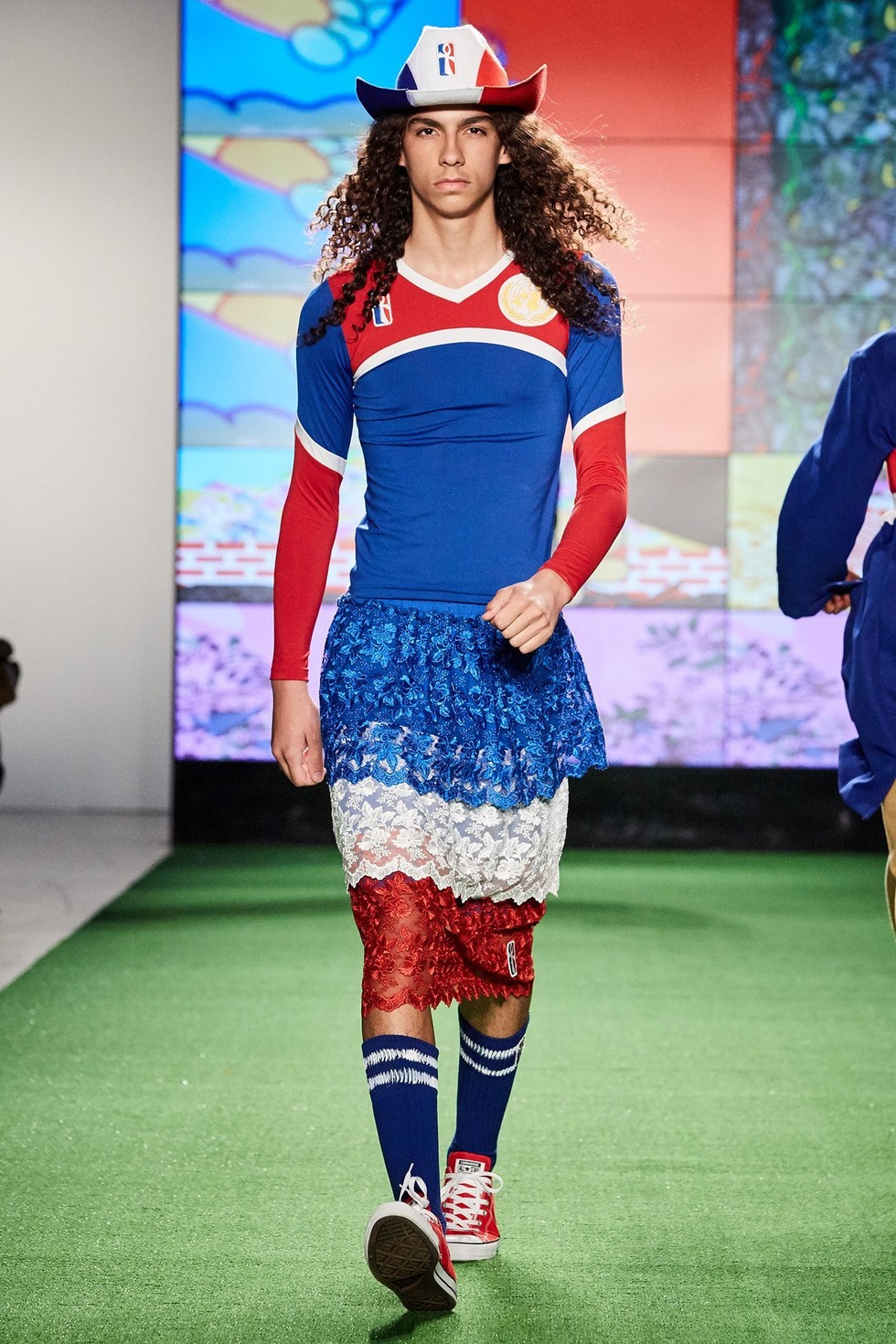 Rio Uribe continues his rise as one of the most compelling and poetic designers (mens, womens, and all bodies in between) in New York and this season was no exception. The designer took NBA, World Cup and other sport references and mixed them with lace and tailoring that was a gorgeous shut-out. 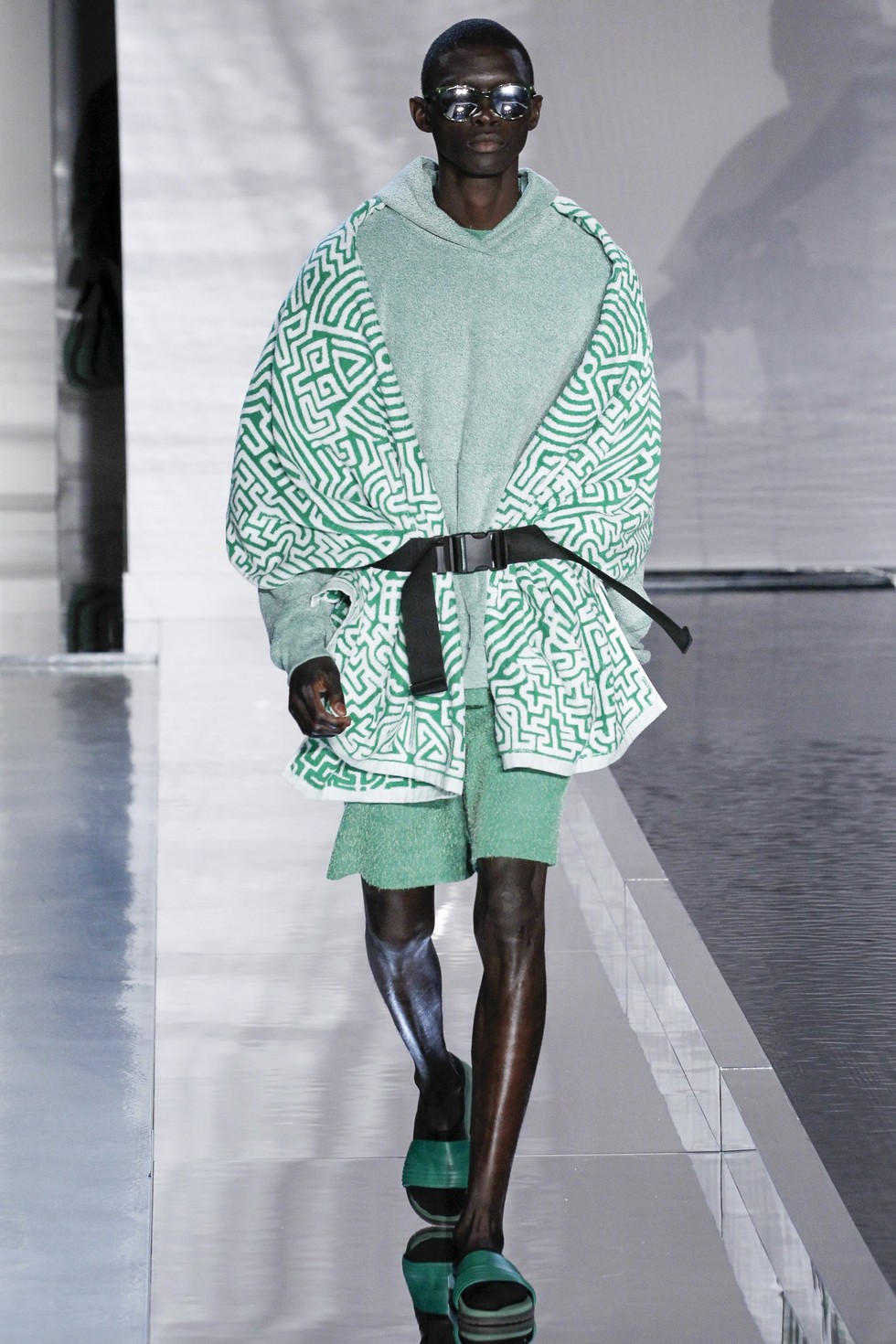 The L.A. based designer used the greek meandros pattern (or were they crop circles ?) to elegant effect on large wraps in seafoam and azure. The collection added a luxe moment to a season that was heavy on streetwear and very hard driven abstractions. 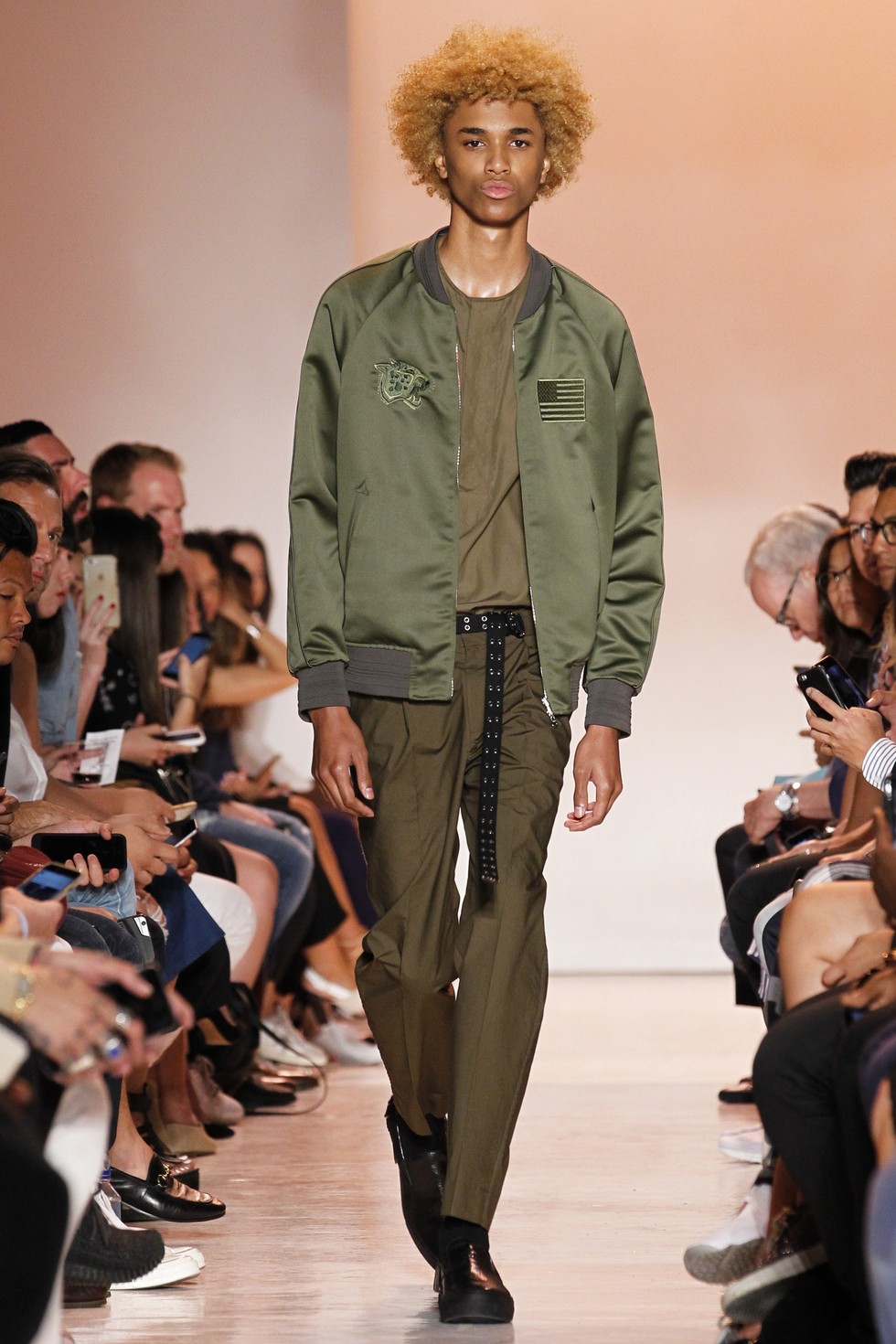 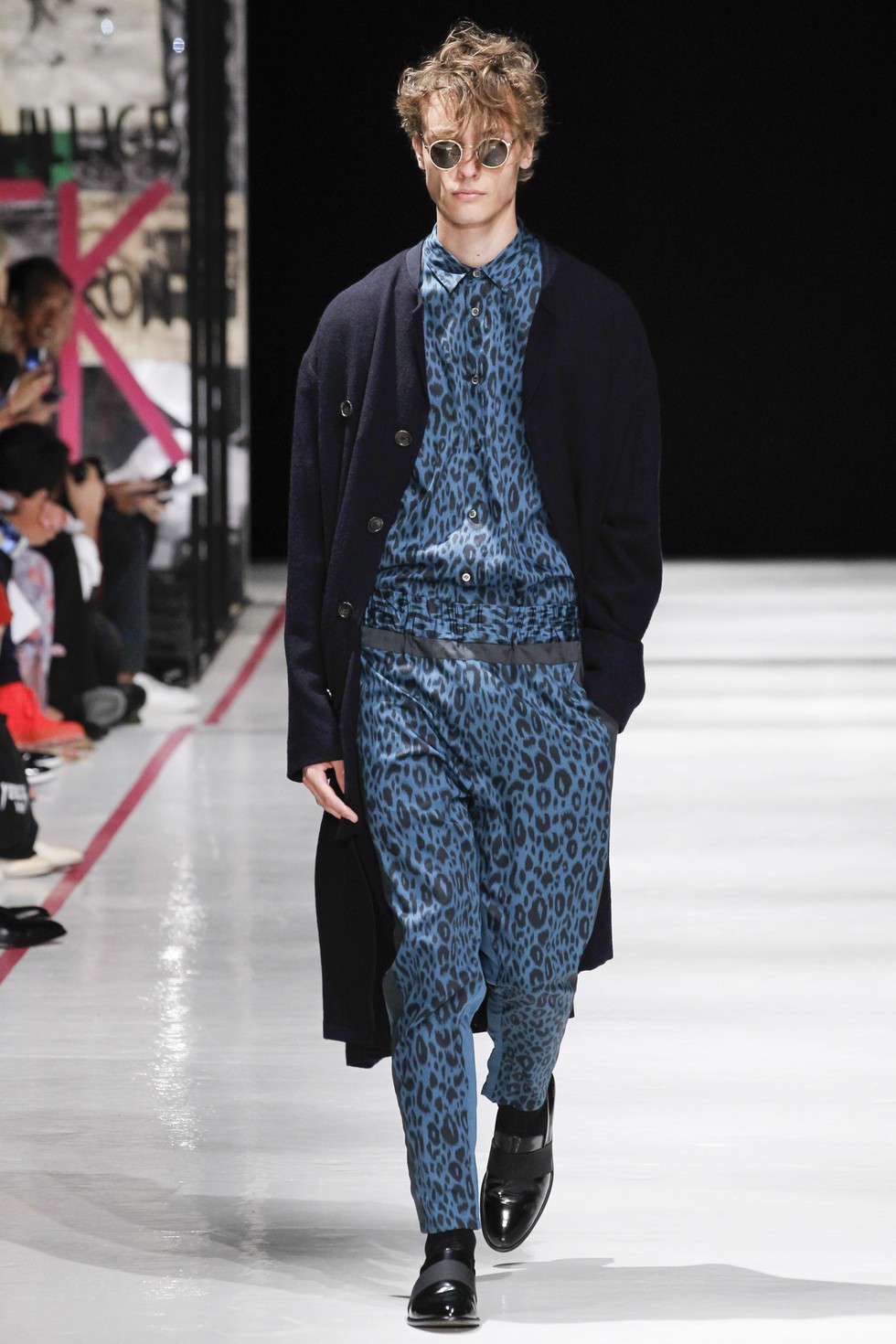 The German designer channeled 80s Berlin, though more New Wave than Punk. But this was hardly the softer side of the Straße, with strong yet romantic moments that recalled the violence and beauty of the city's youth and music movements of the era.